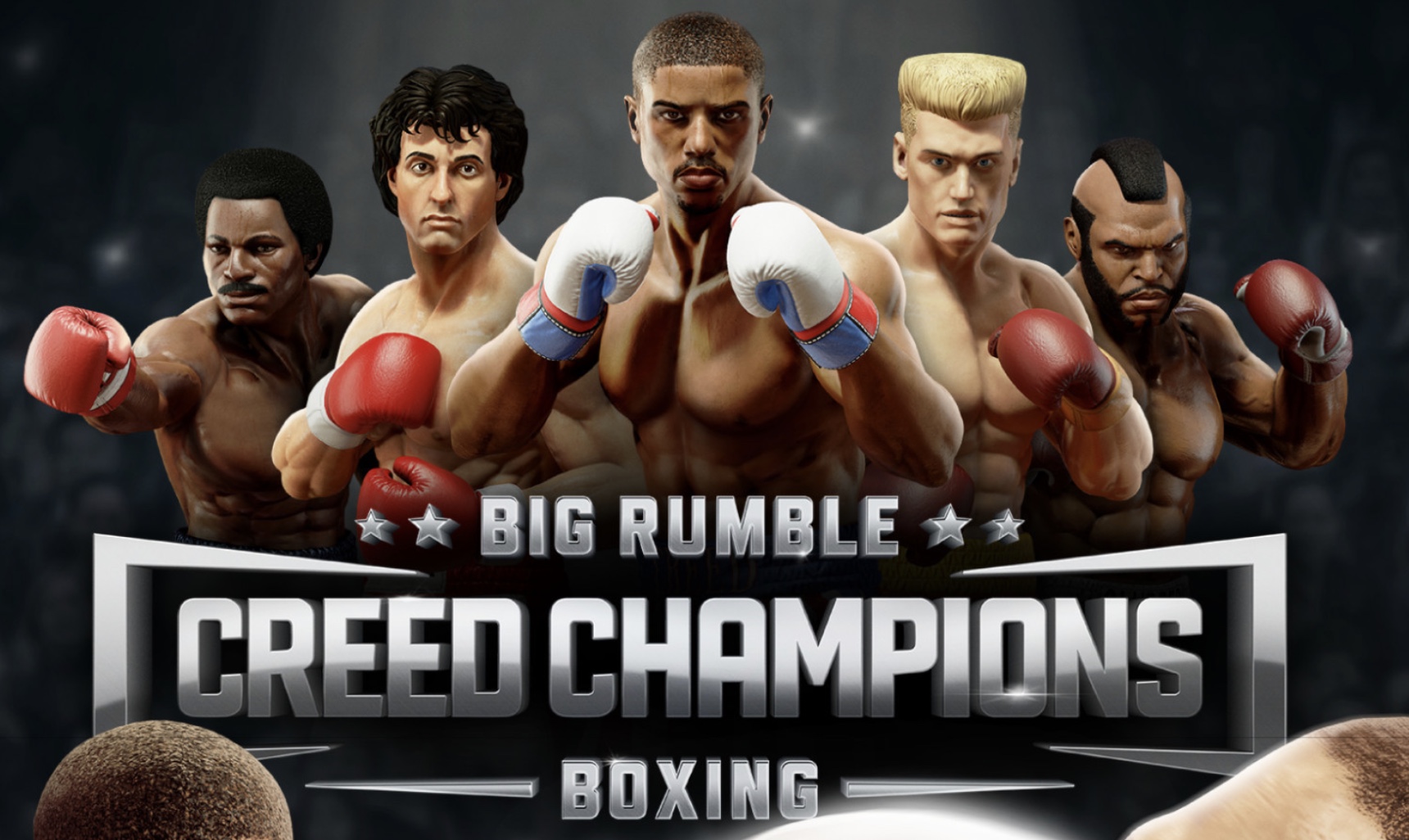 Big Rumble Boxing: Creed Champions features intuitive, pick-up-and-play controls and robust hard-hitting boxing mechanics which are easy to learn and hard to master, providing everyone a fighting chance at being crowned the ultimate winner.

Here are some of the features.

Players will also have the chance to practice sparring moves in classic Creed and Rocky training montages and take on world-class opponents across a variety of thrilling locations, as they follow each character’s individual story.