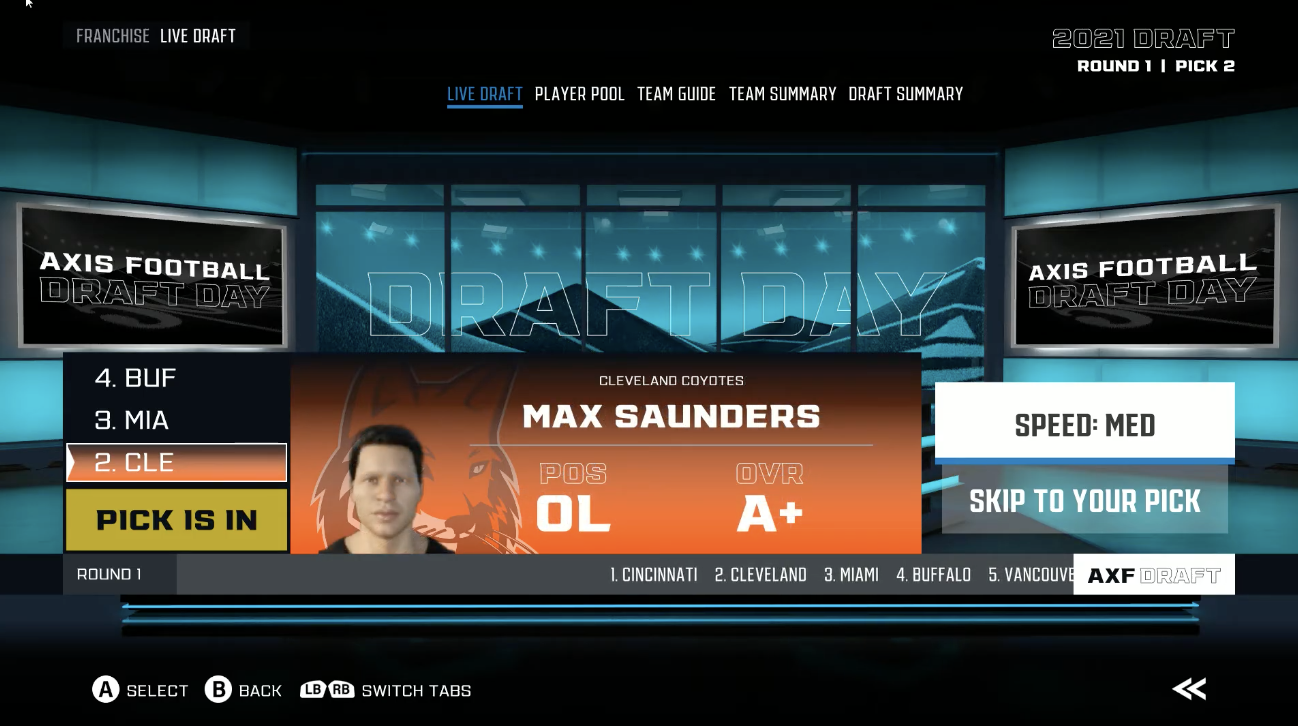 Axis Games have posted their first of many development videos for the upcoming Axis Football 2020, which is still scheduled to release in the August/September timeframe. Initially, it won’t be available for the PlayStation 4.

The new video dives straight into the draft in franchise mode, with a completely redesigned UI. You can sort all of the ratings in the player pool, while the team guide shows areas of need. It also shows best available draft picks with estimated overall, depending on your scout’s judgement of the player. The team guide also updates in real time as players get drafted.

The video continues and shows the live draft and explains the process. It actually looks pretty good. Make sure to check it out the video and support the team on Patreon.