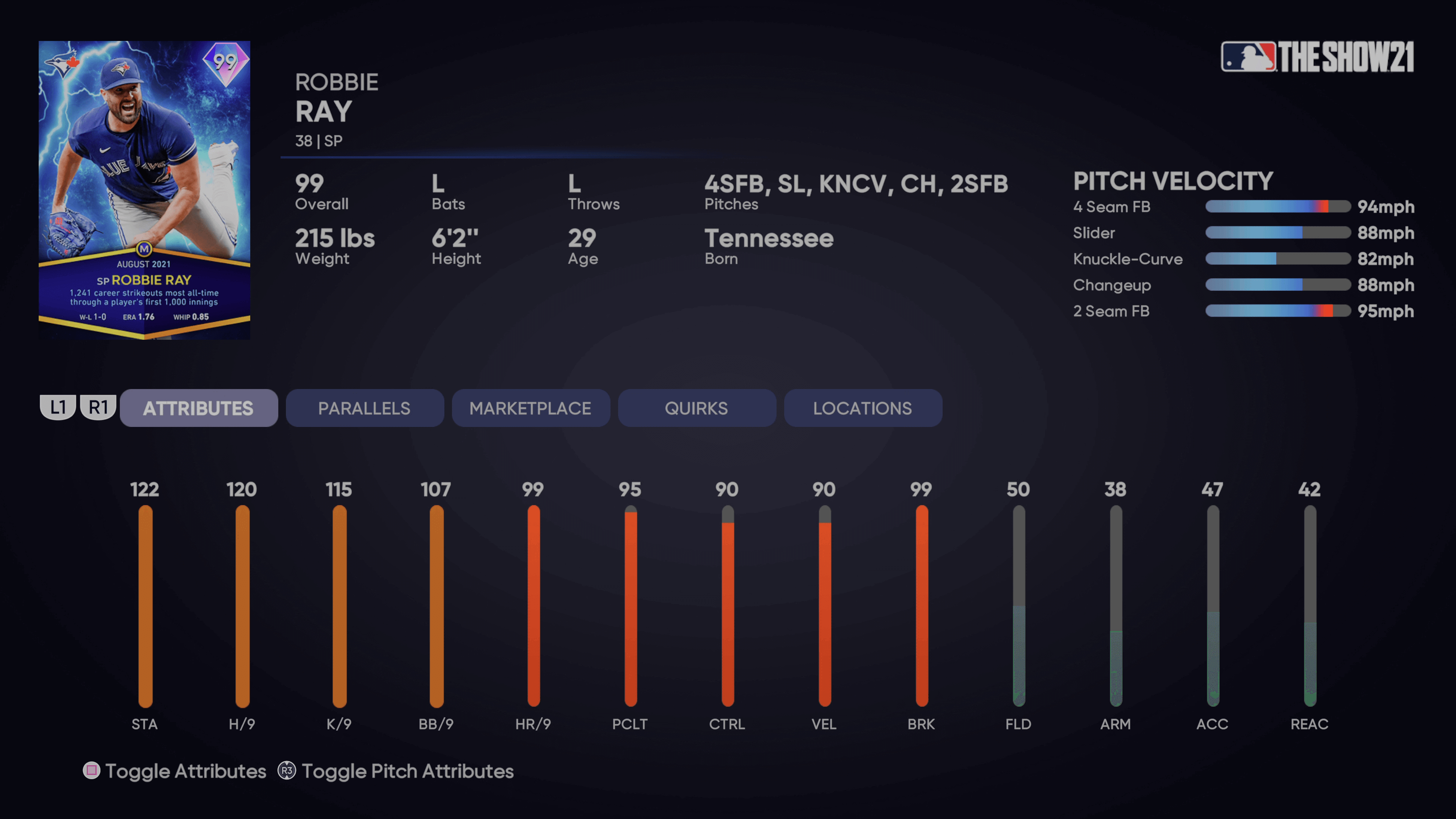 Now, let’s chat about these cards. 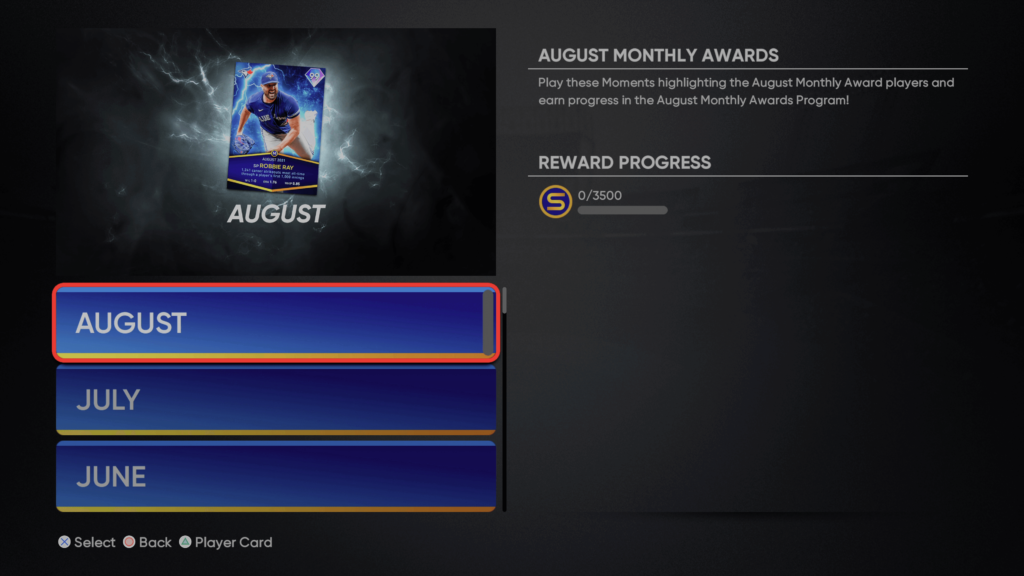 One moment is worth 5 points, the others are worth 3 points. There is a total of 32 points to be had here. 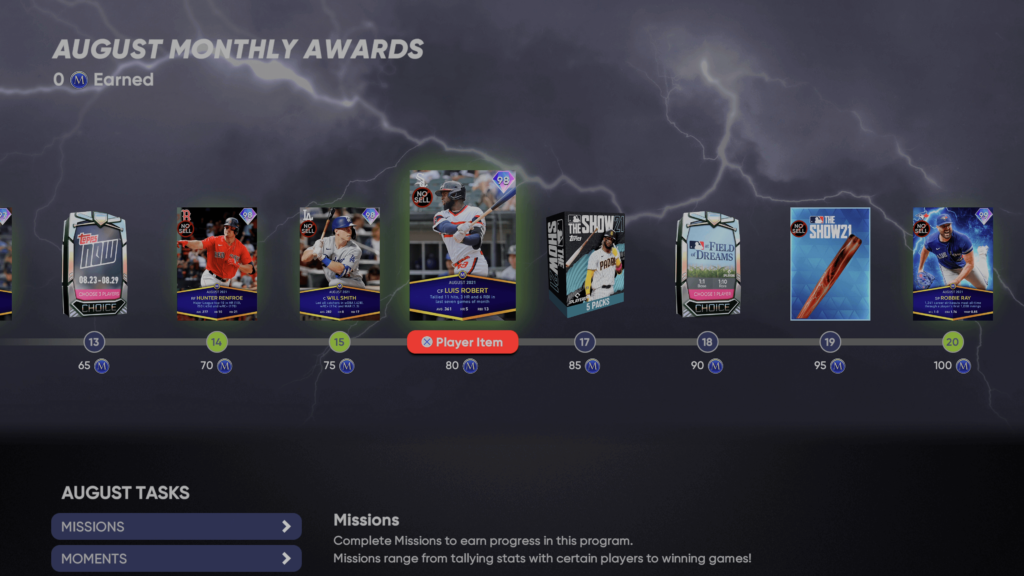 Always fun to see a 29-year-old player who has essentially been a career minor leaguer come up and go ham. Schwindel is exclusively a first baseman and thus has a tough time standing out right now. He has 125 contact vs. LHP and 115 power vs. LHP, so that’s great. His vision is 77 and he has silver defense to go with 41 speed. His quirks are also very sparse so there’s not much to go on here. He seems like he’ll be a nice pinch hit option or a player Cubs fans will obviously gravitate towards.

We have gotten a taste of Topps Now Ty France before, so you might have some experience here already. France has 2B and 3B eligibility on top of primary 1B. His 20 speed and gold defense probably means he won’t be great at either of those positions, but at least it’s an option. He has 125 contact vs. LHP and 87 vision. Overall, he’s slightly easier to get in your lineup than Schwindel, but Schwindel is a more lethal option against LHP.

In a more pitcher-heavy month than usual, Kittredge is the first reliever to scope out. He has a primary sinker that goes mid-90s to go with a 88 mph slider and changeup. He has 101 H/9 and 99 control of the sinker. He also has 97 control of the slider, so I do think this card should be viable overall. It’s worth trying just about every new top-end reliever who comes out because we’re always somewhat starved for variety here.

Feel like we’ve seen a lot of Reds players here this year. Tyler Naquin can play all three outfield positions and has 125 contact vs. RHP to go with 115 power vs. RHP. He also has a 95 arm and 90 reaction, which should help make up for the 49 speed to some degree. He does seem more well suited for smaller outfields and the corner outfield spots, and also has the look of a platoon player. I would imagine he will look best coming on as a late sub or to pinch hit against a dominant RHP. Plus, he does have the pinch hitting quirk.

Dalbec is another player we have seen in Topps Now this year. With this version, he has 110 contact vs. RHP and 125 power vs. RHP. He has 52 vision and can play 3B as a secondary position. He might do a little better at the hot corner than France because he’s got a bit more speed with his gold fielding. All in all, he’s got a bit of a reverse platoon split going on here and should be one of many options at 1B/3B for you.

You know what you’re getting with Hunter Renfroe cards: max power and a cannon arm. He has maxed out power against RHP and LHP, and he has 92 arm strength in the OF. He has 69 vision and 54 speed, and Renfroe should be fun to use in your max power lineups.

Will Smith gets the catcher slot this month. He has 110 contact vs. LHP, 116 power vs. RHP, and 120 power vs. LHP. He also has diamond fielding and 79 vision. Will Smith can also rotate to 3B if need be, but he’s your catcher or nothing to me. He’s not quite a top-end defensive catcher, but this still looks like a solid card with the quick reflexes quirk.

Luis Robert was a big card last year, and he’s rounding back into shape now this year. He has 121 contact vs. RHP, 100 contact vs. LHP and 105 power vs. RHP. He has 88 speed, 91 fielding, and 93 reaction. Finally, he has 75 vision. I might still like Renfroe more than this card, but this card obviously comes with the better speed.

And the Lightning card for this month is Robbie Ray. He has 122 stamina and 120 H/9. He has a mid-90s fastball to go with a 2-seam fastball, slider, knuckle curve, and changeup. The changeup and fastball might not have enough MPH differential, and the pitch mix isn’t the most meta around. He has 99 control of the 4-seam, and 97 control of the slider. He also has 99 break on that slider. I’m not sure how great this card is at first glance, but I do really like Ray’s delivery. Even if this card ends up not being incredible, it’s nice to get another LHP to try out at the very least.