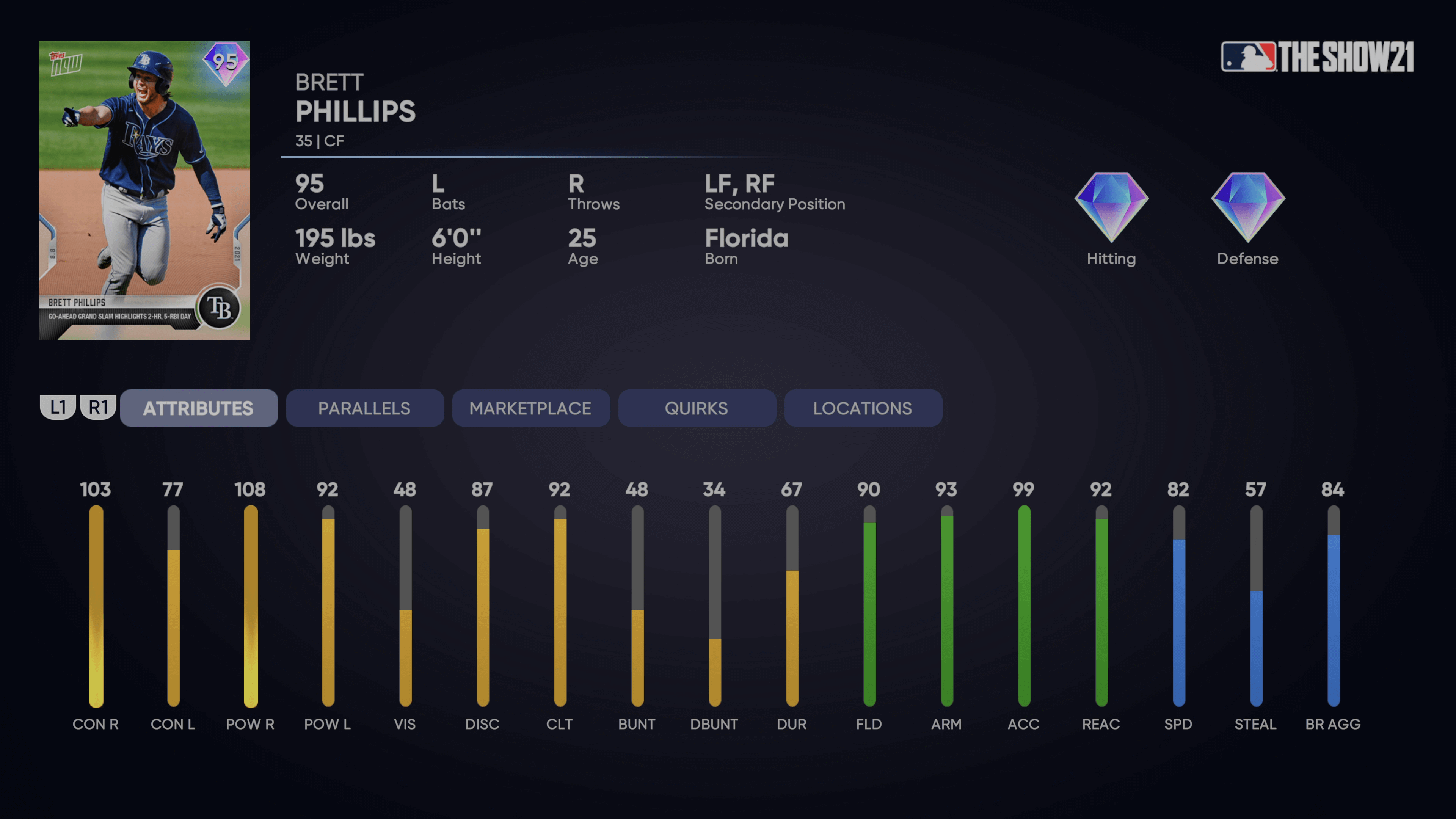 The Week 2 Topps Now August cards are a fun foursome to scope out. You have jolly ol’ Brett Phillips from the Players League, the Battle Royale legend Mike Moustakas, the original Future Stars player from last year Jo Adell, and then maybe the one card that doesn’t fit in as nicely here with Luis Gil — sorry Luis, you just don’t have a Show tie-in like the others. At first glance, I think the Brett Phillips and Mike Moustakas cards are the two with the best chance of breaking into some lineups, but this is a good batch either way. It’s only four players rather than six like last week, but that’s normal.