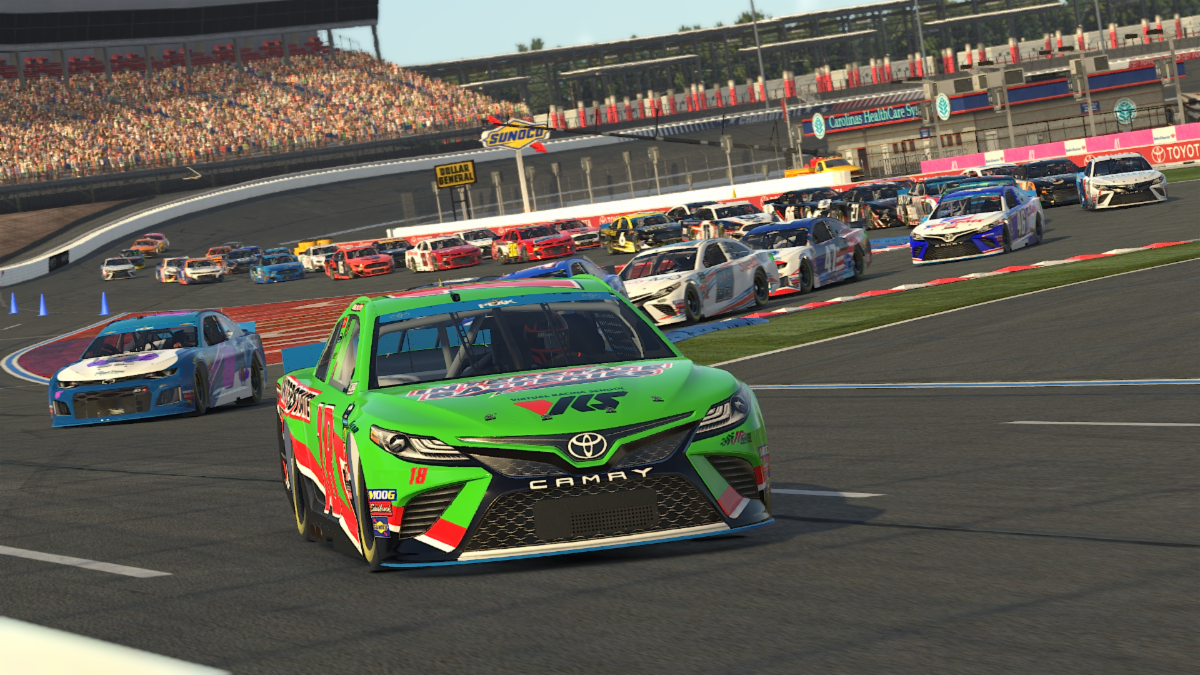 NASCAR, NBC Sports and iRacing officially announced a special two-hour edition of NASCAR America which will broadcast the 2019 eNASCAR PEAK Antifreeze iRacing Series championship from the virtual Homestead-Miami Speedway live, today at 5 p.m. ET. The first-ever eNASCAR® championship telecast will showcase the crowning of a first-time series champion and determine who will take home the largest share of the $100,000 prize pool.

The NASCAR America broadcast will mark the first time an official eNASCAR PEAK Antifreeze iRacing Series race has been aired live on national television. iRacing made its NBCSN debut this summer with a pair of All-Star exhibition races hosted by NASCAR America’s Krista Voda, Parker Kligerman and AJ Allmendinger, along with series team owners Steve Letarte and Jeff Burton. Kligerman, also an owner in the series, competed in the events.

“NASCAR America is excited to showcase the best iRacers in the world competing for a championship,” said John Barnes, producer, NASCAR, NBC Sports. “Since its inception, NASCAR America has showcased sim racing to our viewers and we are thrilled to take the next step by crowing a champion.”

Celebrating its 10th season, the 2019 season features the largest prize pool in eNASCAR PEAK Antifreeze iRacing Series history with over $100,000 on the line between season-ending prizes and weekly performance bonuses. This year’s champion will earn the largest share, receiving $40,000 on top of their weekly winnings, as well as a test day in a US Legends Car and NASCAR Pinty’s Series™ vehicle with Canada’s Best Racing Team.

In addition, the champion will be flown to Miami for NASCAR’s championship weekend where they will be honored during the pre-race ceremonies for the Monster Energy NASCAR Cup Series™ Ford EcoBoost 400 at Homestead-Miami Speedway.

The last spot in the Championship 4 was determined at the Charlotte Motor Speedway Roval on September 24. Joe Gibbs Racing’s Bobby Zalenski, Roush Fenway Racing’s Zack Novak, Team Dillon Esports’ Blake Reynolds and G2 Esports’ Keegan Leahy will be laying it all on the line for the title and their first-ever eNASCAR PEAK Antifreeze iRacing championship.

“This has been a historic year for the series with the addition of the official teams as well as the six-figure prize payout,” said Tony Gardner, president, iRacing.com. “Teams like JR Motorsports and Wood Brothers Racing, along with the aforementioned teams, have added a new level of exposure and legitimacy to the series. We couldn’t be more proud of the series and competitors. I am excited to watch the first-ever live eNASCAR championship race on Thursday and I can’t wait to see who will be crowned champion.”

Tune in to NASCAR America on NBCSN today at 5 p.m. ET to watch the eNASCAR PEAK Antifreeze iRacing Series finale compete live at the virtual Homestead-Miami Speedway and be sure to follow @iRacing and @NASCARonNBC on Twitter for live updates during the race. For more information on iRacing and for special offers, visit www.iRacing.com.

The Monster Energy NASCAR Cup Series and NASCAR Gander Outdoors Truck Series™ Playoffs will continue at Talladega Superspeedway this weekend for the 1000Bulbs.com 500 (Oct. 13 at 2 p.m. ET on NBC, SiriusXM and MRN) and Sugarlands Shine 250 (Oct. 12 at 1:30 p.m. ET on FS1, SiriusXM and MRN), respectively.

Porsche 718 Cayman GT4 Clubsport Coming to iRacing
You Can Now Race at Daytona and Talladega, Against Highly Adjustable AI in iRacing