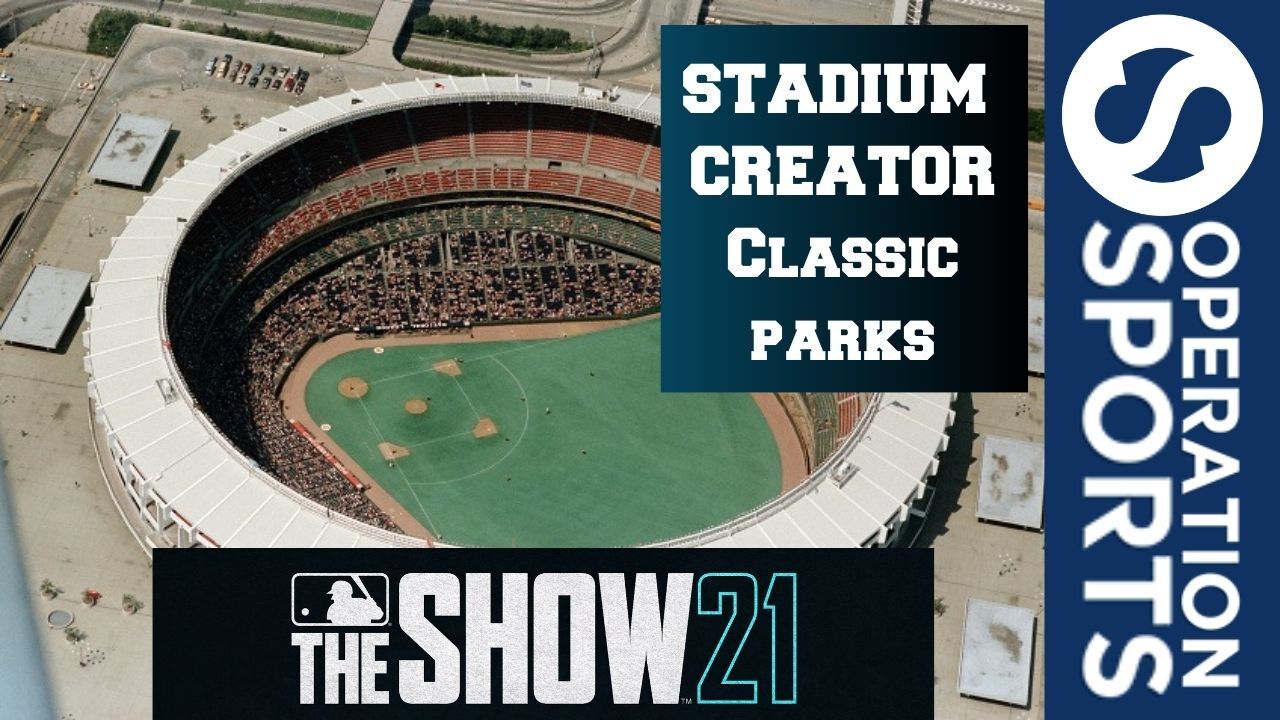 The stadium creator feature is already feeling like a big win for SDS, and we hope it’s as full featured as it seems it will be when we get a better look at in MLB The Show 21. In the meantime, Brian comes through in his latest video for OS to discuss 15 ballparks he would like to see the community create.

The questions here really just come down to how much depth there is to the feature, and whether we can create domes. With domes, it’s really the biggest question remaining, so we hope we get clarification when that feature premiere from SDS rolls around.

I won’t spoil the whole list, but it has some more recent oldies like Comiskey Park, and then it also goes way back to Ebbets Field. Also he shouts out Exhibition Stadium, which I just have to mention as well because that was a weird little park they had in Toronto before the Skydome.

Personally, I hope the community finds a way to do some really random, dreadful stadiums that were mostly lost to the past. Give me some Sicks Stadium for the short-lived Seattle Pilots or other weird places like that.

What stadiums are you most looking forward to creating or playing in with MLB The Show 21?