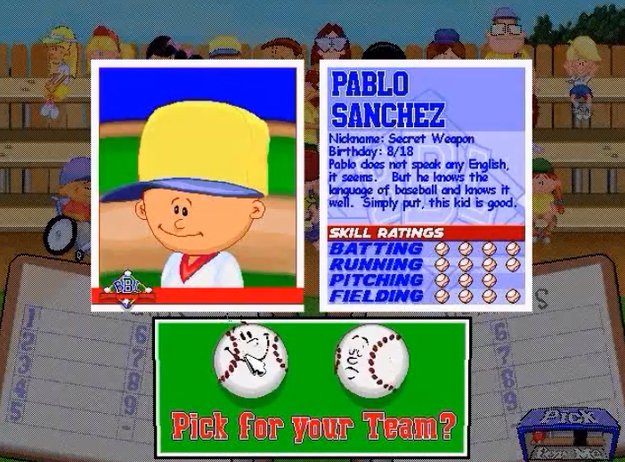 It’s been over 20 years since Backyard Sports‘ Pablo Sanchez started smashing dingers and putting everyone else in the parks and streets on notice. This Ringer feature on Backyard Sports remains one of the ultimate looks back at the franchise, but anyone who played these Backyard games remembers Pablo Sanchez first and foremost. TheJFKGamer sums up the Pablo Sanchez phenomenon in this video back from 2015.

Soon enough, Backyard Sports‘ Pablo Sanchez started dominating in every other sport, and it’s a testament to the work of the folks at Humongous Entertainment that they were able to create such an iconic and long-lasting sports figure. Pablo Sanchez was not my introduction to sports games in a general sense, but he did serve as my introduction to sports games on PC. I would go to my cousin’s house and play the crap out of Backyard Baseball, and later Backyard Soccer and Backyard Football — Backyard Football was the worst of the three to me. The franchise falter in later years, and things like Super Mega Baseball 3 are now worthy successors to the throne, but it’s always good to remind folks about the past.

So while we always talk about Bo Jackson or Michael Vick or a host of other players as the greatest video game athlete, we have to put some respect on Pablo Sanchez’s name. He is a legend and we must never forget that fact.