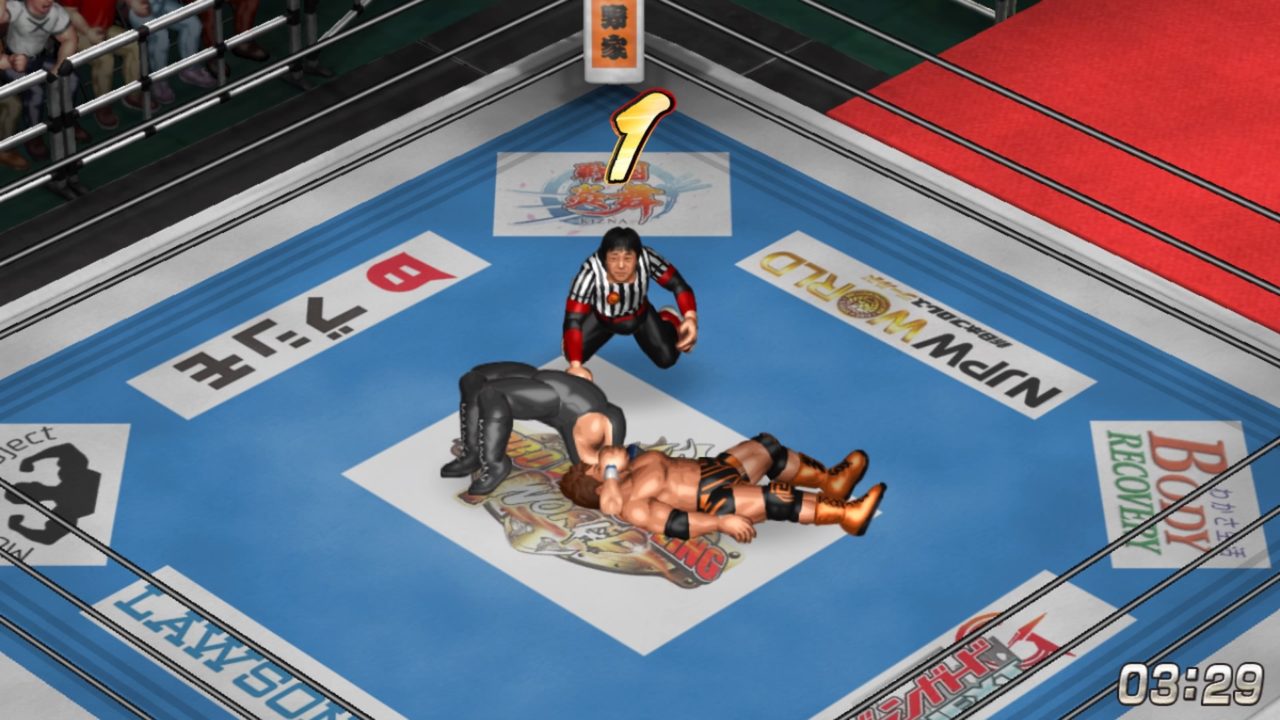 As a lifelong fan of wrestling and video games, I was very excited when I found out that Fire Pro Wrestling was making a proper North American return to the PS4. I would have preferred a Nintendo Switch edition as the gameplay and graphics would lend nicely to Nintendo’s portable console, but hey, I’ll take what I can get.

I wrote my initial impressions a few months ago, so I thought it was worth revisiting how the game feels after spending some more time with it. For starters, and thanks to the comments from a few helpful readers, I discovered that triple threat and four-corner matches are indeed included in the game in the Battle Royal mode. I’ll gladly accept the ‘L’ that comes with this, but in my defense, we typically do not think of those match types as battle royals. Which begs the question, what else is hiding under the hood of FPWW? I ask in jest because, aside from your standard exhibition fare, there isn’t much else. But when the gameplay is as solid as it is in FPWW, do you need much else?

Let’s start with everything aside from the Xs and Os of an exhibition match. What else is there to do in FPWW? 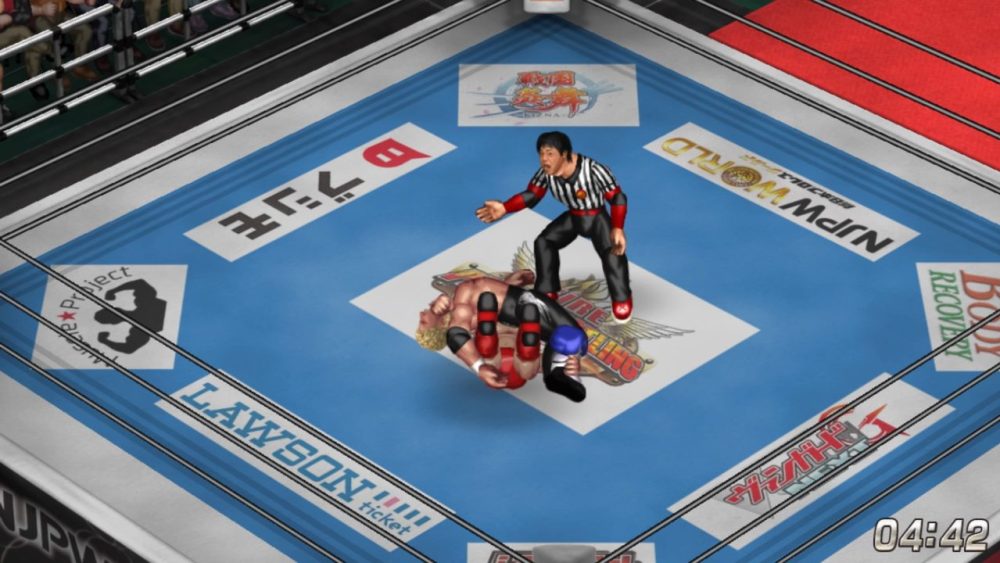 Mission Mode is FPWW’s story or career mode. Much like FPW is vastly different from 2K’s WWE series, so is its career mode. Cutscenes are simply pictures with a text overlay, which is to say that the focus here is less on the story and more on the gameplay itself.

That’s not to say there is no story here. There is. Mission Mode plays like an RPG of sorts where new missions are unlocked by completing other missions. If you’re looking for an experience that features storylines with plenty of twists and turns, you won’t find that here. But Mission Mode is something different to try and, at the very least, it serves as a great FPW showcase to newcomers.

This area could use some work. Perhaps the biggest problem is the lack of FPW’s popularity compared with other games, so it can sometimes be very difficult to find a match. And when you do, the lag can be frustrating. But to be honest, this doesn’t really affect how I play the game. FPWW is going for a more realistic experience, which doesn’t always play well online with strangers. Of course, if you want to play with some friends of yours, you certainly can. It just might not be the smoothest experience you’ve ever had online. If you’re like me and online isn’t that important to you, this isn’t a big deal. But if online is your thing, FPWW will leave you wanting much more. 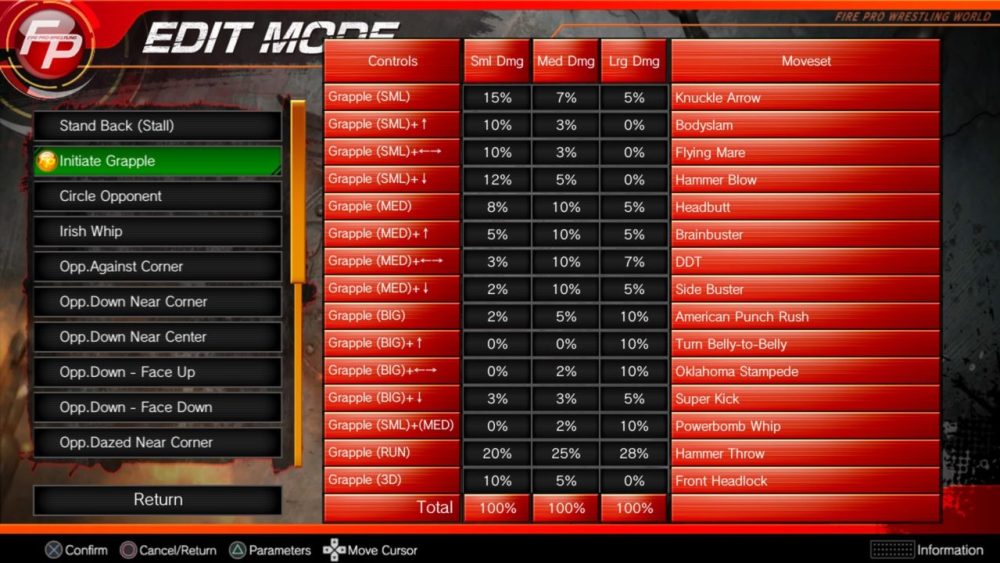 FPWW’s edit mode is what gives the game its longevity and staying power. This is evident from spending just five seconds on FPW’s upload website, where users have created realistic-looking versions of everything from Seth Rollins and Brock Lesnar to Bastion Booger and Akeem, and everything in between. You can login here with your PlayStation Network credentials to search the vast database. Anything you subscribe to will be in your game the next time you boot it up.

(Note: As referenced above with the Battle Royal blunder, FPWW does not do a lot of hand-holding, which can be challenging for such a detailed game. For instance, accessing your downloaded wrestlers is a bit of a mystery for newcomers. Once you subscribe on FPW Net, they are loaded to your game as retired wrestlers. In order to select them in a game mode, you’ll need to assign them to a team within a promotion.)

You can spend hours searching for and downloading wrestlers as you try to re-create the modern-day wrestling landscape with multiple promotions and brands, or even re-creating a year in time, like ECW in 1998 or WCW during the nWo era. Or you can follow my approach and download anything and everything that sounds good. This leads to some unique-looking Royal Rumbles where Koko B. Ware goes toe-to-toe with Braun Strowman and New Jack. Because why not?

And that’s all regarding what the edit mode produces. Downloading wrestlers and ring aprons is easy, but how difficult is it to create them? Surprisingly enough, it’s easier than you’d think! The question is how much time do you want to spend creating? Because as deep as the gameplay is, the wrestler editor is just as deep. Aside from the obvious things you would expect to be able to edit, you can even detail out tendencies and chain together moves, which goes a long way in making your matches feel more realistic.

For me, in particular, I’d rather take the easy way out and download someone else’s work. I’ve toyed around with making a wrestler or two, but with so many readily available edits out there, I was able to build out a roster in no time. But if you’re looking to let your creative juices fly, you could get lost for days in FPWW’s edit mode. 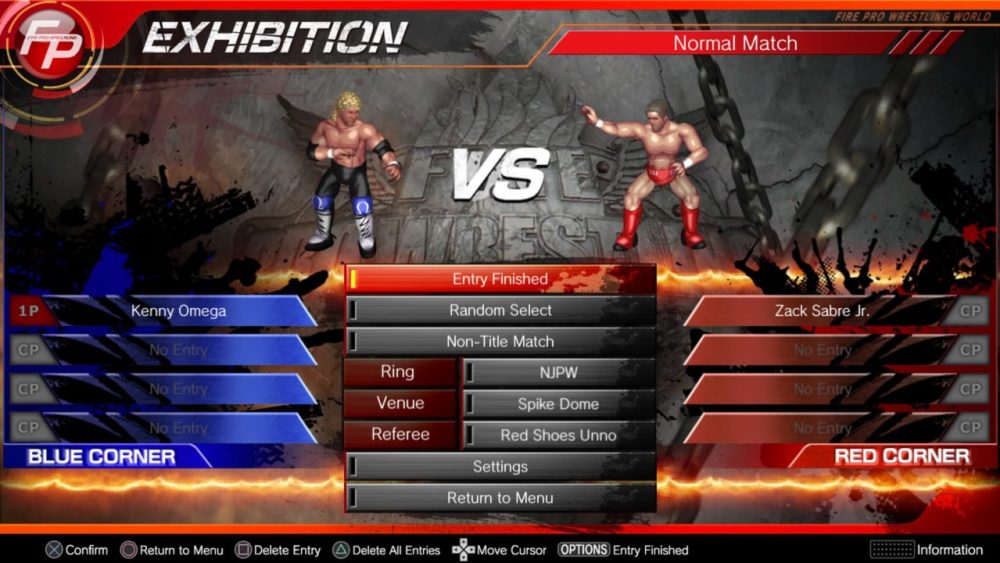 The meat and potatoes of FPWW is the actual wrestling and it’s what keeps its fans coming back for more. I never play online, and personally have no interest in creating my own wrestler or playing the story mode. That leaves me with just the plain ol’ exhibition mode, and that has me plenty addicted. It’s a funny twist, considering that young me would have given anything for some sort of career mode in the wrestling games from my youth.

But that’s how much fun it is to play FPWW. The graphics and audio that feel cheesy at first start to feel charming and perfect. As you learn the game and develop your own strategy, you’ll start to have more competitive matches, which leads to the crowd getting progressively louder as you trade finishers and near-falls. Losing a hard-fought battle can sometimes feel better than winning a quick squash match. FPWW does a great job of encouraging you to put on the best match possible, which more accurately presents wrestling as an art form as opposed to a legitimate fighting game as it’s more often portrayed.

FPWW has a fair amount of match types, but your options are rather limited relative to what is typically available. Ladder matches are the biggest omission, but the included Barbed Wire Death Match is entertaining enough. There’s also an MMA-style mode where you win by knocking out your opponent.

Despite not being as feature-rich as its main competitor, FPWW provides the best in-ring wrestling experience we’ve seen in a long time. It is in no way similar in style to the N64 glory days of WWF No Mercy or WCW/nWo Revenge, but it’s enjoyable in ways we haven’t seen since those games. Whether you’re a fan of WWE 2K or not, if you love wrestling, you should give Fire Pro Wrestling World a shot.

Why You Should Give Fire Pro Wrestling World a Chance