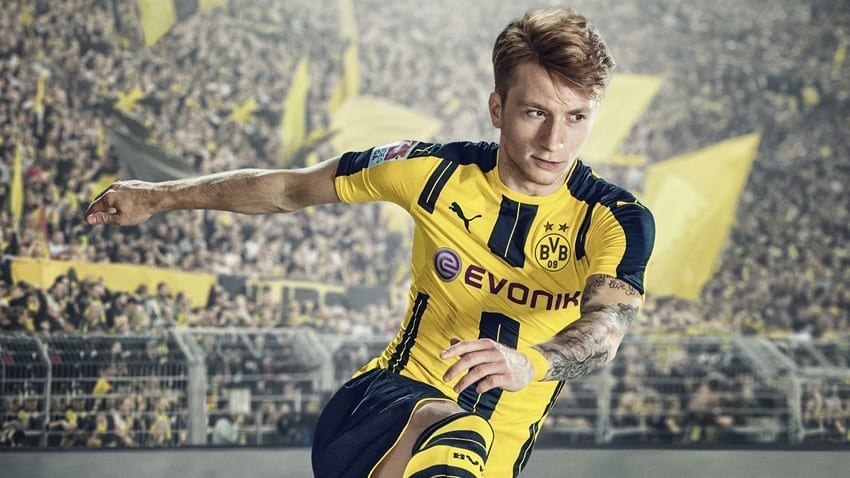 It’s no secret that the debate between FIFA and Pro Evolution Soccer (PES) usually starts and ends with licenses. With Konami and EA Sports in a race to secure as many licenses as possible, sometimes every gamer suffers in the long run. While the PES community is filled with a plethora of option files, FIFA 17 is as a “pick-up-and-play” game as we’ll see in the footy genre.

Gamers can be an impatient bunch. In this digital era of game installs, patches and tuners, it’s quite refreshing to boot up FIFA 17 and have most of the leagues, players and so on at your fingertips. Unless you want to spend the time to edit tactics, you can jump right into your favorite mode (career mode, FUT, etc.), download the latest roster and have at it. On the other hand, starting a Master League in PES often requires patience as option files are created. FIFA players can be weeks into their career mode before their PES Master League even begins.
2) Authenticity

PES option files are often littered with tiny errors. Whether it be typos or a slightly off kit colors, there’s a rush for these creators to get them out and be the first to market. As a result, the discovery of an error can sometimes dampen the experience. While FIFA isn’t immune to errors (think Manchester City’s third kit), the sheer number of errors is significantly less, and when combined with authentic broadcast packages (Barclay’s Premier League, Budweiser FA Cup, German Bundesliga), the experience can often blur the lines of reality. In the future, hopefully this attention to detail will carry over to other leagues such as Spain’s La Liga and Italy’s Serie A.

There’s to more to licenses than just the visual aesthetic. Cosmetically, licenses are instantaneously recognizable, but when combined with dedicated commentary and graphical overlays, the total package of FIFA 17 really shines. Despite the sometimes repetitive commentary about your club, the plethora of names and lines makes the immersion factor greater than PES — where the game lacks such refinements as a complete names database (both club/city and player names). Furthermore, FIFA 17 boasts an impressive, albeit curiously not ready for release, authentic presentation package for the English Premier League (both league and cup play) and German Bundesliga. It’s little touches like these that help separate FIFA from PES in terms of a “total package.”

How important are licenses when making your annual footy purchasing decisions?