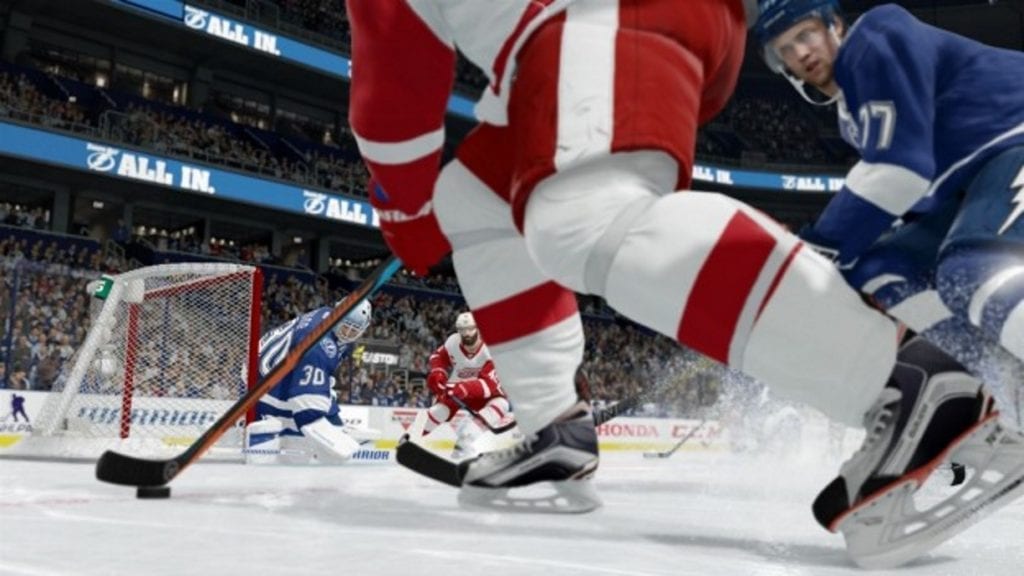 Now that we’ve had a substantial amount of time to digest NHL 17 and its pros and cons, we’re getting a bigger picture of what the OS community thinks about it. The general perception is a favorable one, with many praising the vast array of positives while ensuring the handful of negatives are also well documented.

Today, we’ll focus on those negatives and discuss some areas we’d particularly like the folks at EA to focus on moving forward.

We say it every year: The AI needs to be better. It’s not that we’ve been denied important upgrades on a year-by-year basis, but there’s still work to be done. This is particularly prominent in AI-heavy modes like EASHL, where instances of poor decision-making can ruin the experience. Irritations include everything from teammates getting stuck behind the net to making inappropriate passes, occasionally derailing the enjoyment of the mode.

It’s not that the AI is generally bad, though. There are times when it truly shines, making plays that wouldn’t have been possible in past iterations. It’s easy to take the good stuff for granted, but until the bad stuff is nullified for good, we’ll continue to rant until our typing hands are sore.

If you find yourself uttering the words “…what just happened?” or a more expletive-ridden version of the same statement, it can signify a game-breaking issue. No one likes to be cheated out of a victory, especially when the game’s mechanics are at fault. The so-called “Authentic Goaltending” of this year’s iteration results in some great saves from time-to-time, but netminders still let in the easiest of goals when failing to adapt in awkward scenarios.

Puck control is another aspect that could do with some fine-tuning. Puck pickups aren’t always as effective as they arguably should be, and players sometimes inexplicably dangle their way through a defensive setup that can’t check, poke or block oncoming attacks effectively enough. There’s nothing particularly wrong with the way NHL 17 handles presentation. If we hadn’t sampled most of it before, we’d be largely thrilled with this year’s offerings. But, as it is, there’s a feel of deja vu about the experience. It could lead to a tinge of regret in those who struggle to see the difference between this and last year’s iteration from a visual perspective.

After three years on current-gen systems with a similar presentation format throughout, a change is needed. It doesn’t have to be dramatic, and even a change to pre-faceoff cutscenes would have a massive effect on the way games are perceived. And, differentiating between how each game is covered based on the type of contest taking place (NHL, AHL, World Cup Of Hockey, etc.) would offer more variety and immersion across the series’ set of modes.

However, if we have to sit through another year of unskippable “let’s go down to the benches” scenes with Ray Ferraro, the patience will continue to run thin.

NHL 17 centered much of its focus around game modes, overhauling everything from franchise mode to Ultimate Team. Still, we can’t help but speculate about future additions, such as bringing back the Winter Classic and implementing a dedicated All-Star Weekend experience. We’ll continue to hold out hope for the return of GM Connected, no matter how unlikely the possibility may be.

The Frostbite engine is also bound to make an appearance in the near future, equipping the potential to drastically transform EA’s NHL series as we know it. It’s had a substantial effect on the FIFA series with this year’s iteration, offering new possibilities and posing new stumbling blocks in terms of progression. The introduction of this visually spectacular engine is an exciting prospect, and how the transition is handled will ultimately prove vital for the future of the series.

What’s on your wishlist for NHL 18 and beyond? Let us know in the comments.