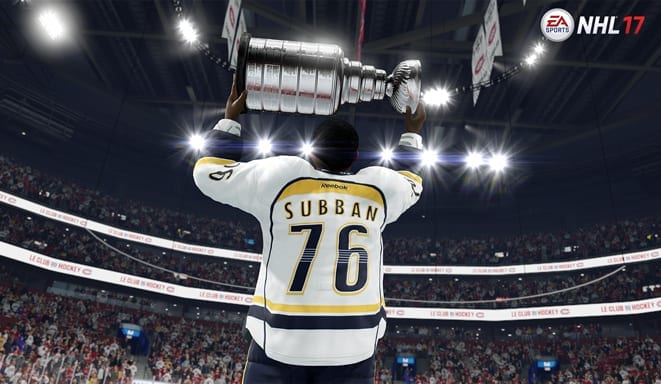 EA Sports simulated the Stanley Cup playoffs with NHL 17 and predict this years champion will be the Nashville Predators, with a game 7 win over the Montreal Canadiens.

It all came down to one game. P.K. Subban and the Nashville Predators against Carey Price and the Montreal Canadiens in Game 7 of the Stanley Cup® Final. It was a back-and-forth game that featured stellar saves and highlight reel goals until Viktor Arvidsson scored with 17:37 left in the third period to give the Predators a 3-2 lead. Ryan Johansen would tack on an empty net goal late in the third period securing the first Stanley Cup in Nashville Predators franchise history.