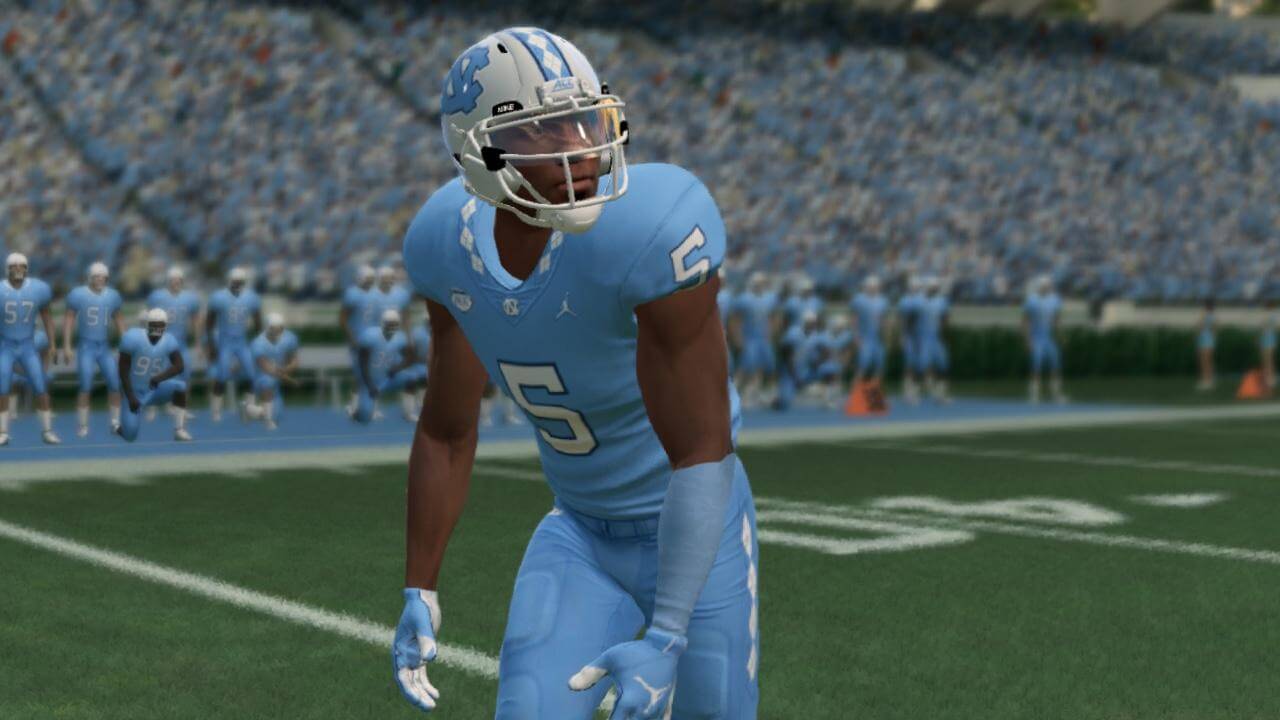 The community has been chatting a lot about what it wants to see in EA Sports College Football whenever it finally releases. It’s an enjoyable thread, and by all means continue to add to it. I thought this might be a fun topic to highlight since we’re going to be in this quiet part of development cycle for quite some time. On top of that, I’ve written about all I can for now about EA’s college football game both here and here, and so I’m now waiting to get substantive legal or development updates before writing more.

With that in mind, I’m just going to highlight some of the answers given on the forums and let you all run with it from there.

What Features Do You Want to See in EA Sports College Football?

From TarHeelPhenom to kick off the thread:

I know it’s early; but I’m so doggone excited, my mind is going a mile a minute lol. What features do you hope are in the game? For me:

1) Fully functioning Dynasty Mode complete with recruiting. Hopefully they seek out a partnership with 247 Sports for recruiting.

2) Customization. I don’t even care if I can’t change the players likeness(skin color etc). If I play long enough they will be generated anyway. Just let me edit attributes.

3) Something the equivalent of Superstar XFactor that allow All-American players to stand out. 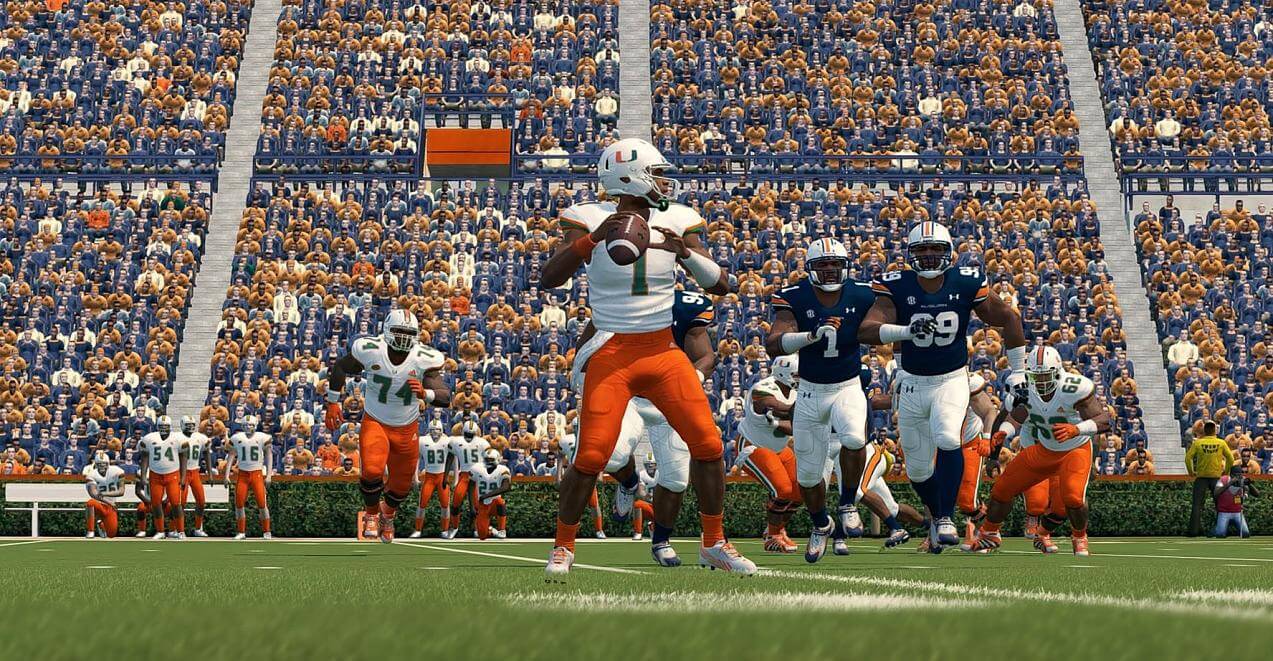 canes21 focuses more on Dynasty mode and the tweaks he would like there:

More fog of war in dynasty. Scouting reports on recruits that are not omniscient and can be potentially inaccurate.

Recruit interests being more cloudy so I don’t know I’m 1,000 points ahead of another school. I’d rather be told by the recruit I’m the favorite and having to trust that.

Signing day surprises and some signing day presentation for a handful of top recruits.

Give me that with solid AI and I’ll be a happy camper. 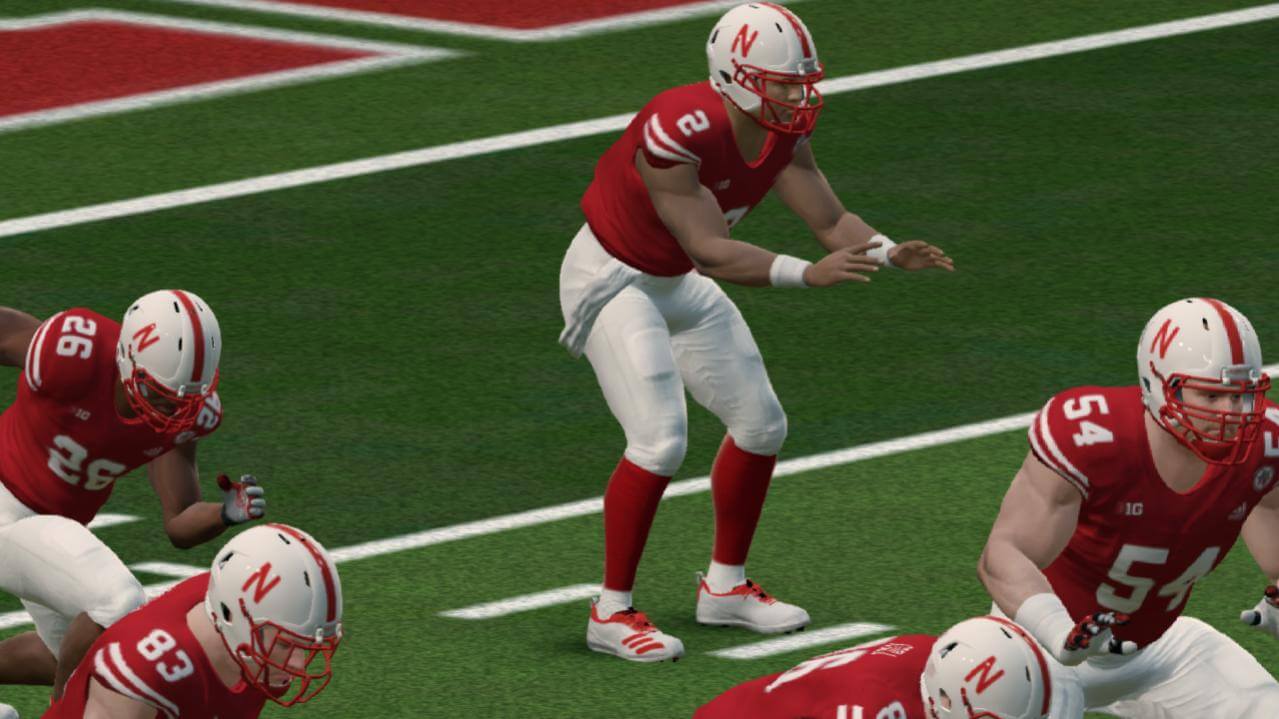 Arkavian focuses on roster size, which is always a hot topic in EA football games:

The ability to create teams and conferences if not all teams are included. Also, a decent stadium builder would be killer. I think Madden 2005 had that feature built into the game when you could build a new franchise if I remember correctly. 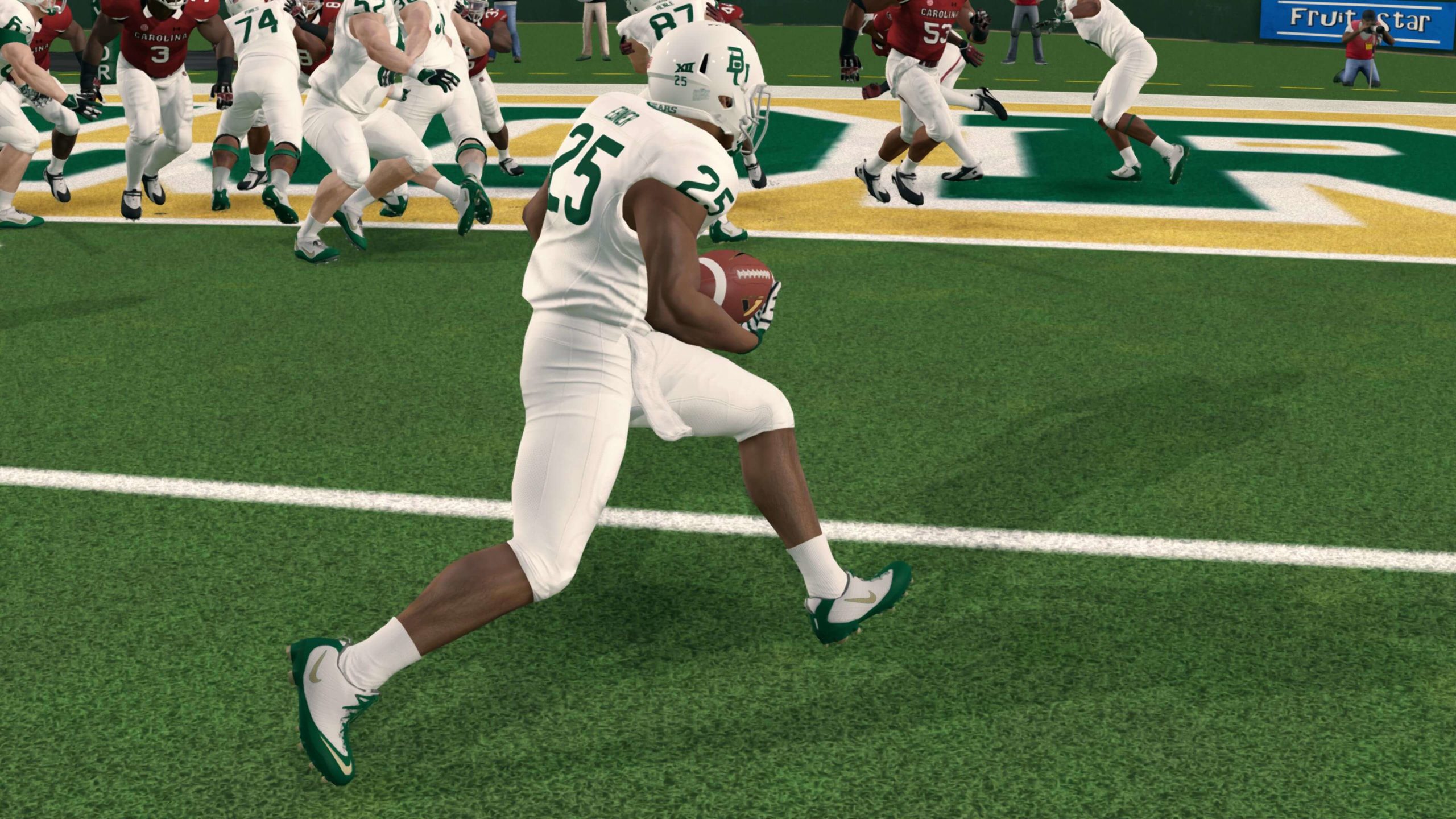 KSUowls focuses on a similar theme of making sure Dynasty mode is rich with depth:

Recruiting depth and coaching staff depth are the main things that I want to see.

Recruiting – I don’t want to see anything that remotely resembles the point allocation system of NCAA 14. I also want it a bit more streamlined than the old call & pitch minigame that was kind of tedious.
Maybe take some notes from college hoops 2k8, where you send yourself or an assistant to contact a recruit. But then instead of just a general interest increase, get some kind of report back on the conversation.
How did the kid react to the specific coach (charisma matters)
Feedback on likes/dislikes like playing time, big program, etc…but then still have that feedback have a fog of war aspect.

Coaching depth – Full coaching staffs down to the position coaches, or at minimum coordinators for Offense, Defense and Special teams. No cheat system like NCAA 14, instead have real attributes for coaches, and have them matter. Gameplanning, motivation, charisma, discipline, etc…as well as attributes for the various position groups that impact a player’s development.

Lastly, and this is probably the biggest ask, just give me as close to a realistic game on the field as possible. No silly/overpowered impact players like in Madden, no robo qbs or broken read options, etc…

Give me these 3 things, and everything else is just a bonus. 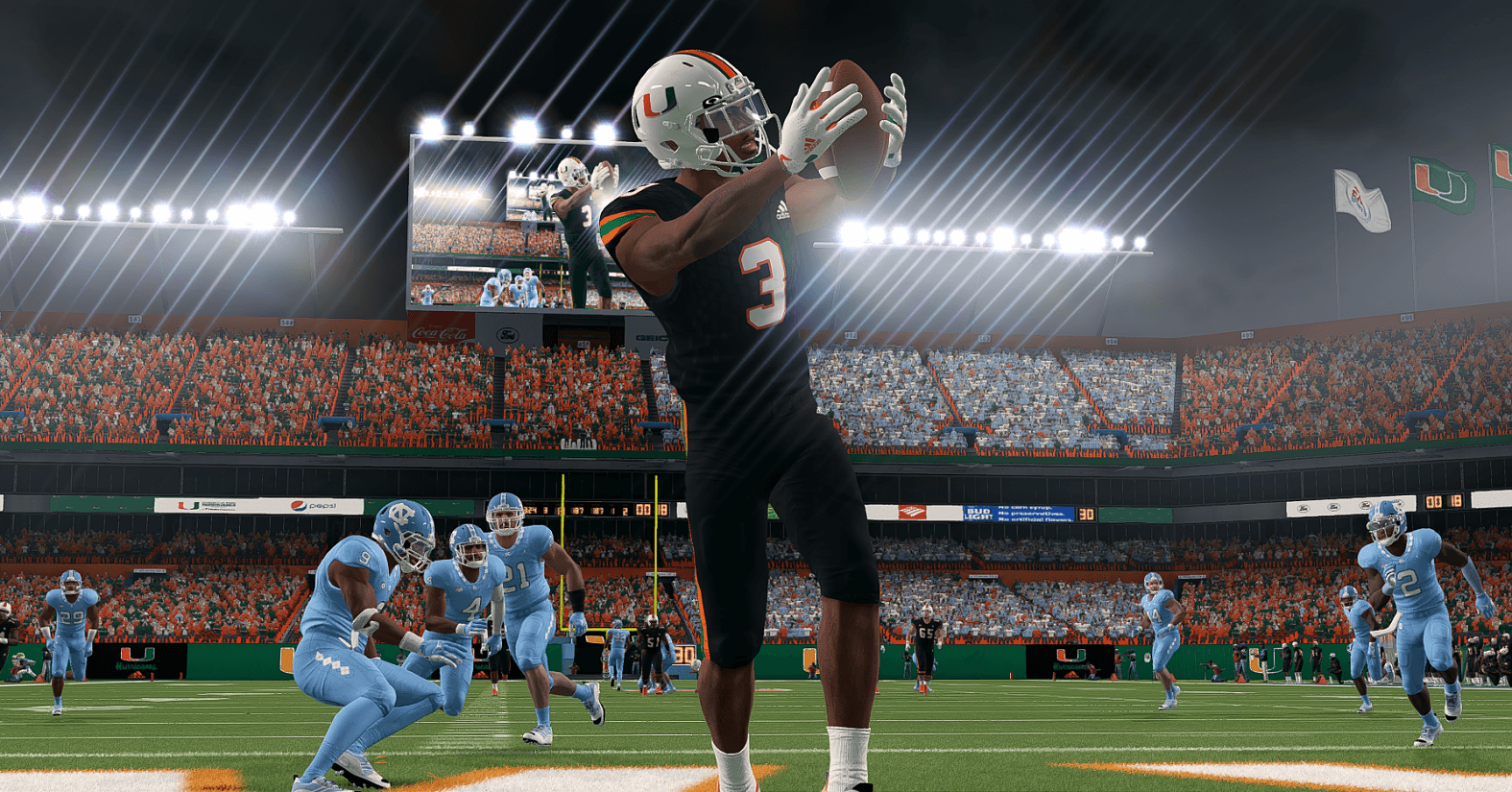 DangerRyan breaks out his suggestions into a concise group: 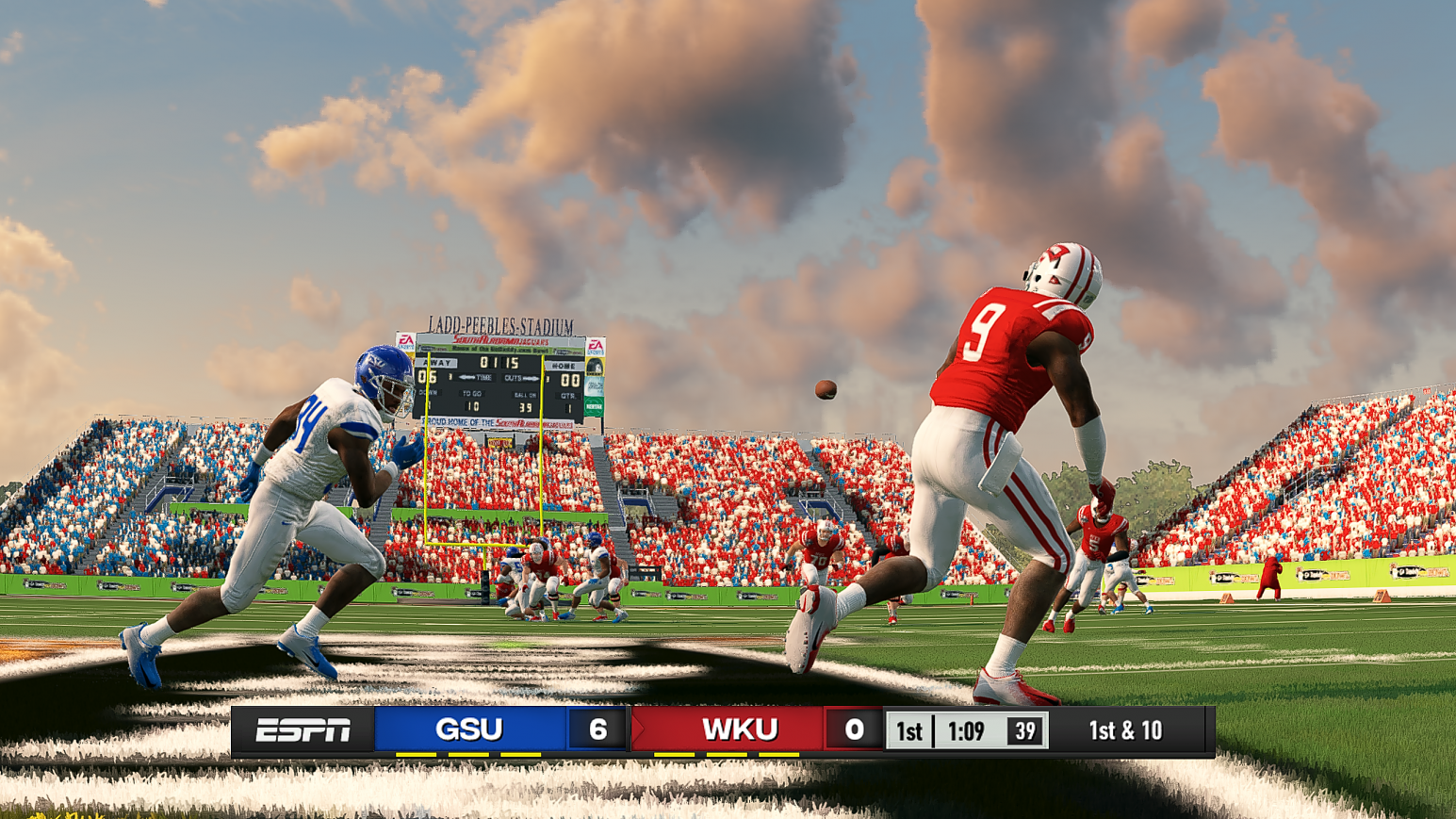 Lastly, Kingd803 has some feelings about how to separate college athletes from pro athletes:

I think a big thing about college athletes compared to the pro game is the uniqueness that the players have. There are so many more players. A lot of college players stand out, due to a unique play style or having a big persona.

So what I’d like to see is unique animations for positions. So when you’re scouting you’ll have more to think about than just ratings.

For instance: for QBs maybe we could have a few different throwing styles. A prototypical throwing style. A guy who throws textbook. This is someone who has very sound mechanics. Gunslinger, this is someone who has a huge arm. Puts everything he has into the throws. Think Marino or Favre. This animation might be more rare. And unconventional. Maybe this is a dual threat guy. Who doesn’t have textbook mechanics. He might need some work to be a great passer.

For running backs you could have guys who run low and behind their pads. They’re harder to bring down. Vs a guy who runs more straight up.

And of course we need a good customization suite. Let us edit faces some. Nothing crazy but at least a basic editor. And edit hairstyles and hair colors. I want to feel connected to my guys.

I’d also like to see a Heisman presentation show. At least something as good as the ps2 days. And I’d love to see a college game day type pregame show. I remember this board would beg for that every year.

There is absolutely no reason this game can’t be one of the best sports games ever made. They don’t have a release date. The need to pour everything they have into this game.

Thanks to everyone for all the great suggestions, and it’s always cool to see forum members build off other people’s ideas and add more to them. Keep it coming!