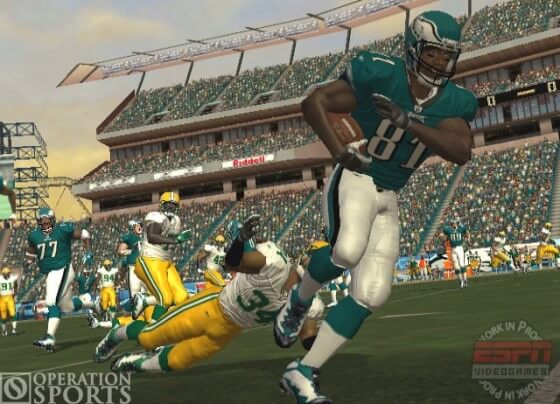 At right around 2:45 CST on January 12, I felt a feeling that I did not know how to process. My beloved Houston Texans had miraculously fallen into a 24-0 lead against the juggernaut Kansas City Chiefs. This was just the latest spike of foolish hope emanating within me during a season where just about everything had fallen the Texans’ way. Could this be it? Was it really going to be us against the former Oilers for the AFC Championship?

Fate knew the stronger cruelties of the unstoppable Travis Kelce, the dazed and confused Texans defense, and mystifying coaching decisions that would push the Chiefs to their deserved 51-31 victory. Oh, well. Back to the Rockets, and at least I had the Astros…

But no, wait, I couldn’t just give up on the Texans. We as sports video gamers have righted wrongs in our fandom for years on the virtual gridiron, and so I wanted to do the same. Well, I just recently got back into looking into how to update NFL 2K5, so let’s talk about that.

How To Update The NFL 2K5 Rosters

The Madden series has not exactly been my cup of tea over the last few years, and as much as I treasure NFL Street and its world class NFL Challenge Mode, a realistic full-season simulation with customized playbooks was calling my name. I share the beliefs of some of my OS brothers and sisters who believe that ESPN NFL 2K5 is one of the most complete, realistic and fun football experiences ever released. 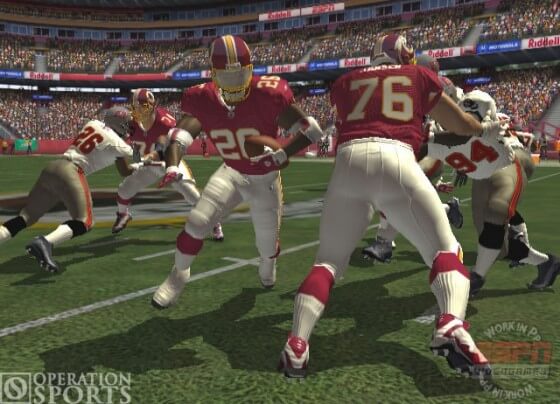 Over Thanksgiving, I stumbled upon my old copy of NFL 2K5 and wondered if I could update the rosters. Sure enough, I hopped onto OS and discovered a fruitful bounty: save files that update rosters and the franchise mode to the 2019-2020 season.

Operation Sports forums users have painstakingly created fully functional rosters for the current NFL season ready to download for use with ESPN NFL 2K5. The detailed process can be found here. The link jumps to the PlayStation 2 page, though there are instructions for Xbox and PC in the thread as well.

Here’s what you need for the PlayStation 2:

To make a long story short, I purchased a PlayStation 2 memory card with Free McBoot already installed. It was $4 shipped on eBay. It took a month to arrive from China, and immediately worked when plugged into my old fat PlayStation 2. This was a considerable cost savings versus the alternative PlayStation 2 method via Action Replay MAX. On top of that, scores of eBay accounts sell pre-loaded memory cards. Some may prefer to do the legwork themselves and install Free McBoot on a memory card they already have, but shipping time aside, the purchased card was a painless process.

I downloaded the franchise and roster files and dropped them onto a flash drive. I plugged the drive into the PS2 with the Free McBoot memory card and activated the USB drive from the PlayStation 2 browser. It was fairly self-explanatory to copy the roster and franchise files from the flash drive to the memory card.

It was that easy. 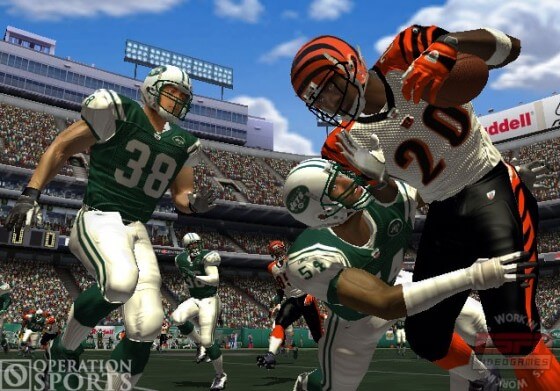 I booted up NFL 2K5, loaded franchise mode and there it was. The franchise file provided full control of all 32 teams, which is helpful for any edits you want to make. I hopped into a preseason game, and it felt nothing short of miraculous to take Deshaun Watson and the gang into a fully fleshed out 2019-2020 season and right the wrongs of reality.

It was surprisingly simple to transform what many consider to be the best football game ever made into a modern experience, even with my limited knowledge of the process. NFL 2K5 can be acquired very cheaply and easily, and outside of the Free McBoot installation, most other components of the equation can be found around any home that once upon a time housed a PS2.