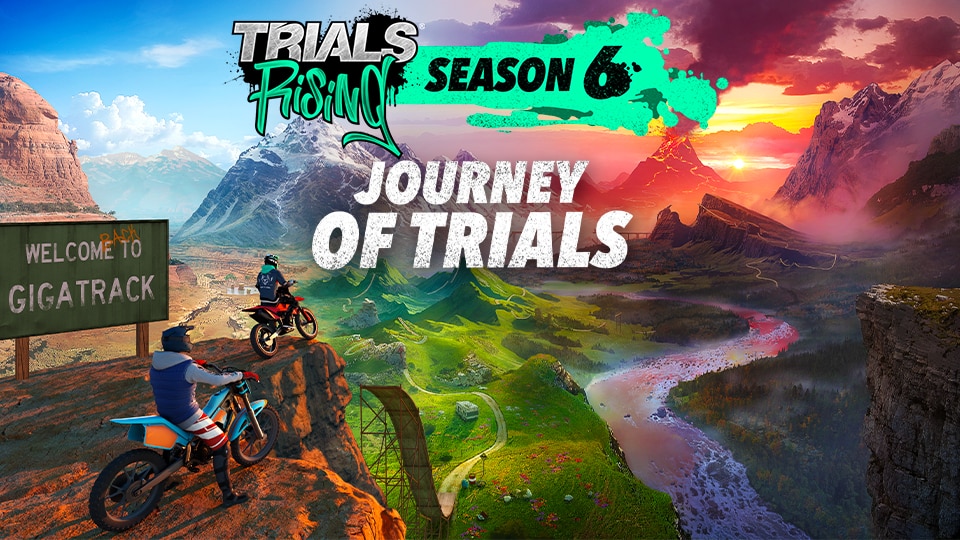 The sixth and final season of Trials Rising has begun, featuring the all-new Tevatron bike, new customization items, and a new Summer event. Make sure to read the official blog, for more details.

Starting July 16th, riders will be able to journey across a variety of Trials Rising’s vast environments in the return of the Gigatrack. It will be the longest official track in Trials history, including 5 different environments to travel through and requiring nearly 14 minutes to earn a platinum medal. The Gigatrack will be available for free to all Trials Rising players.

Also available is patch #12, check out the patch notes below.