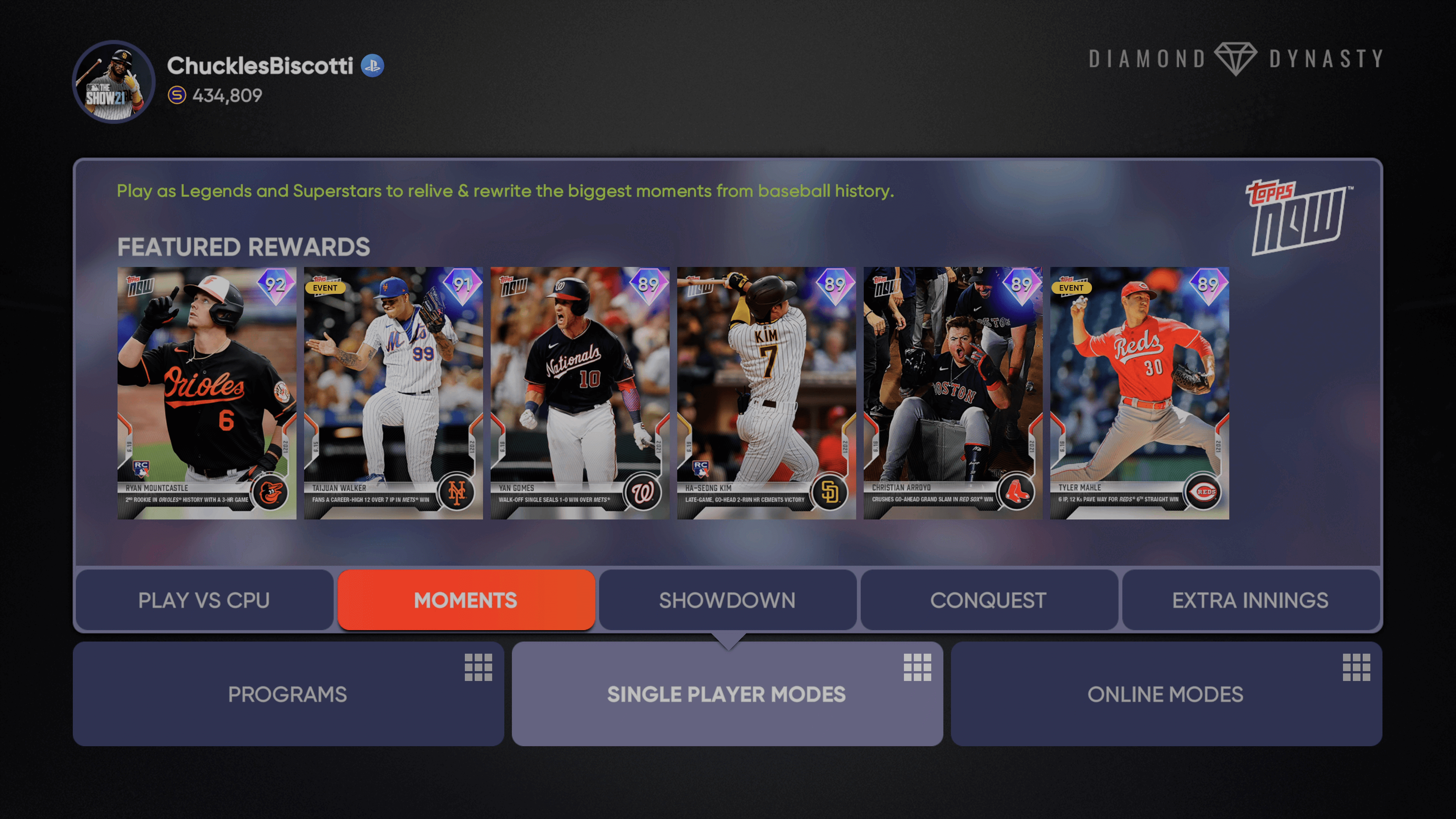 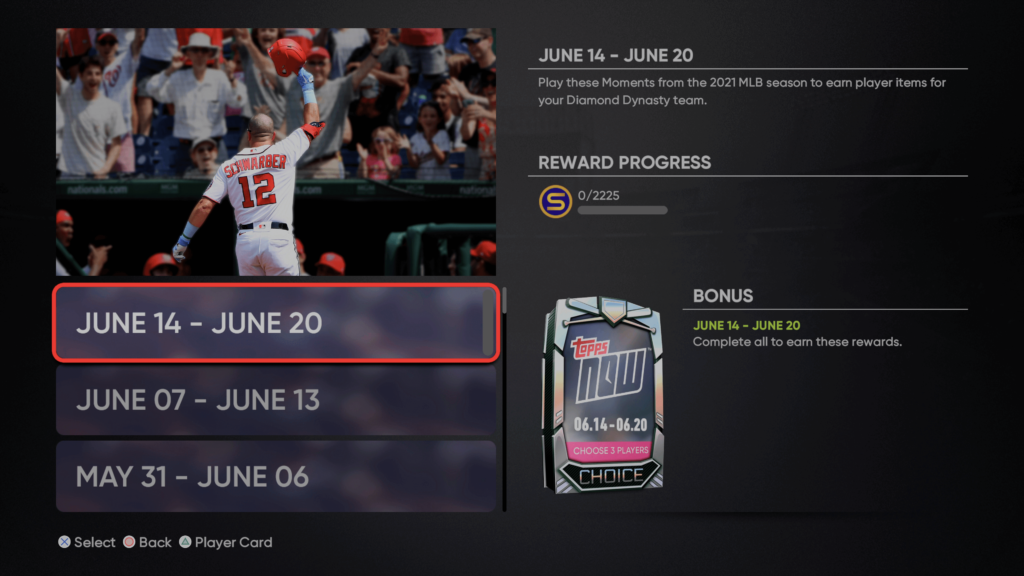 With six diamonds this week, it’s probably worth looking a little more closely at some of the cards. However, it’s first worth noting that with no Schwarber card once again this week, he might have the top position for the Lightning card at the end of the month right now.

Topps Now Ryan Mountcastle can play 1B, 3B, and LF. He has 117 contact vs. LHP, plus 111 power vs. RHP, and 100 power vs. LHP. The visions is only 55 and the fielding makes him a dodgy 3B option, but there’s no doubt he has great power stats. Some folks should have some experience with Mountcastle since he was featured before in decently rated Prospect/Future Stars versions last year.

Topps Now Taijuan Walker was the card that immediately stood out to me. I have enjoyed using Walker in the past, but his control can hurt him a bit. With this version, he has a mid-90s fastball, plus a splitter, cutter, and 12-6 curveball. The important part here is he looks to have good control of all of his pitches, and his splitter and cutter look especially dangerous. He also should have decent velocity curves because his 12-6 drops to 75 mph, and then his cutter also sits in the mid 80s.

Topps Now Ha-Seong Kim looks decent, but his selling point is being able to play three infield spots. He has decent speed, hitting, and fielding stats. His vision is nothing special, but he seems like a good option in certain events moving forward.

Topps Now Tyler Mahle probably shouldn’t be overlooked either. He has 99 break on his fastball and splitter, and while his curveball looks like a non-factor, you can get by with a 4-seam/slider/splitter combo. I think Mahle could be a true sleeper here if you’re looking for a new SP to try out.

Topps Now Christian Arroyo is another super utility option, and he’s even better than Kim because he can play 1B as well. He has better hitting stats than Kim, comparable fielding, but just does not have the speed of Kim.

Topps Now Yan Gomes is the catcher option. Topps Now catchers have been good to me this year between the likes of Knapp, Stephenson, and Stallings. I have used a bushel of Topps Now catchers, and Gomes looks decent as well. He’s nothing special behind the plate, but he’s going to be able to battle against RHP and LHP.