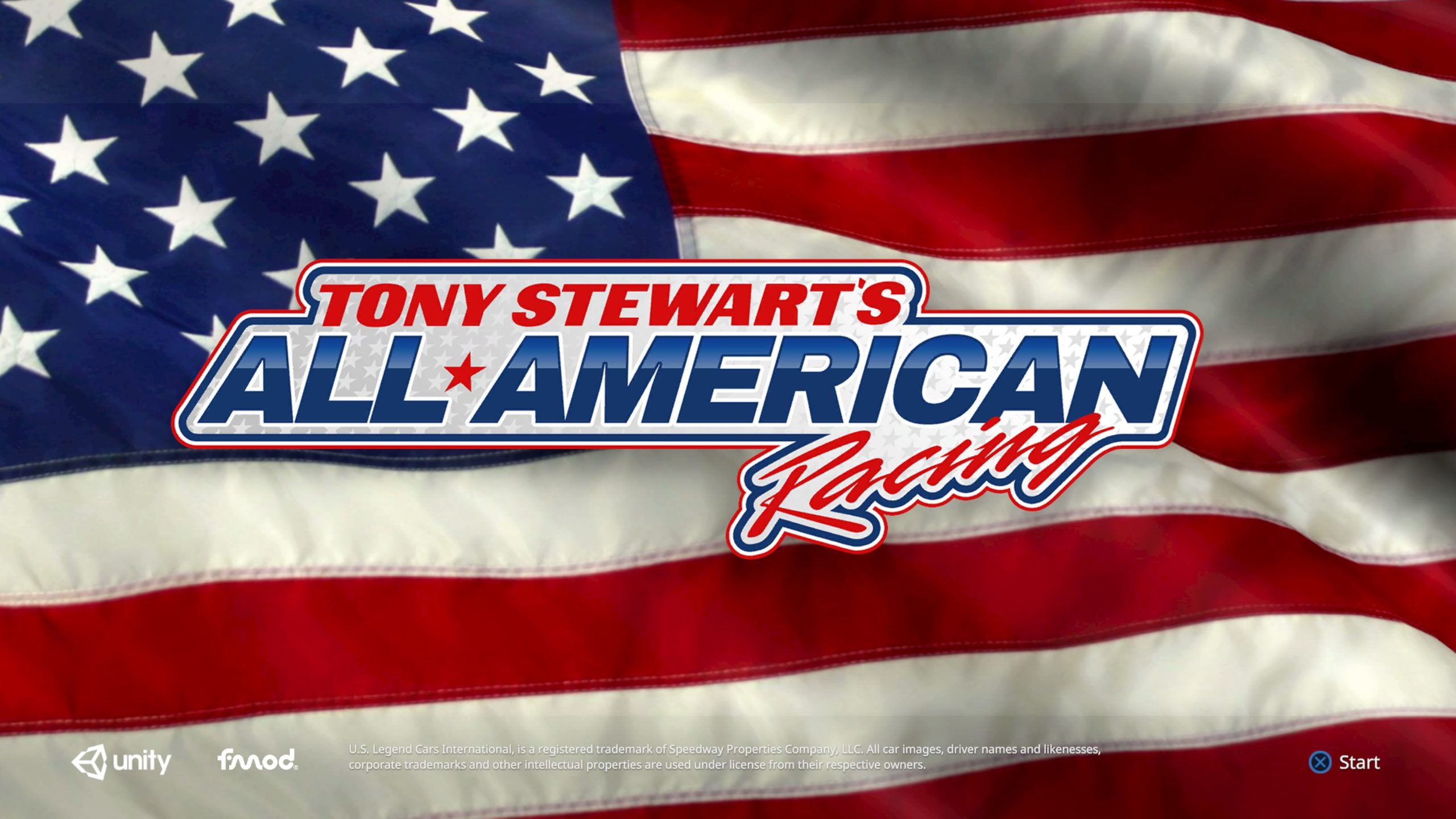 Just seven months after their first collaboration (Tony Stewart’s Spring Car Racing), Tony Stewart Racing and Monster Games have teamed up again for the release of Tony Stewart’s All-American Racing. The focus here is once again on the local dirt track scene, but instead of sprint cars being represented, this time the optics have shifted to Legends, big block modified and street stock. The team has also implemented a new physics system that differs from the game’s predecessor and there is a whole new set of fantasy tracks to attack. So, is it a worthy upgrade or a re-skinned clone of the previous title? Let’s find out in this Tony Stewart’s All-American Racing review. 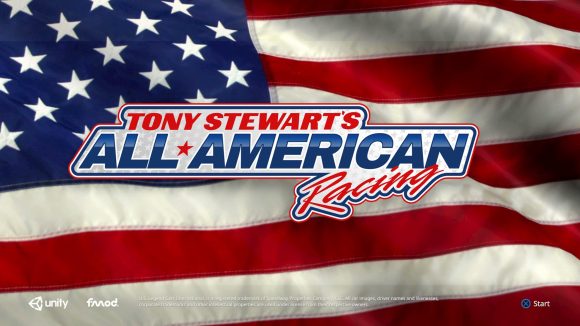 The developers have taken what I love about career modes in general and pushed the envelope even further. It’s commonplace to jump into any career mode and have to rank up, upgrade and prove your worth on any level, and that is no different here in All-American Racing. The difference here is that I really had to put in time and effort both on and off the track to see any success, and even when that success happened, the incremental improvements were gradual at best and minimal at worst. 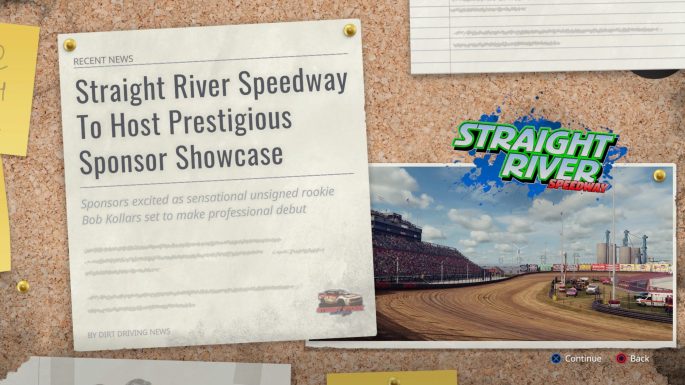 It took the commitment of at least a full 24 race season for me to see any legitimate improvement in my vehicle as I slowly upgraded the chassis, the engine, the frame, and the tires. Each aspect of upgrading your vehicle is what I would describe as a slow burn, as the new components cost a lot of money, and unless you’re consistently placing top 3 in every race, the money to complete the advance of each component takes quite a bit of time to amass.

Even after a full season of buying and replacing parts in my car, I found myself consistently competitive but in no way could my performance be considered a dominant one. Also, keep in mind that what I am describing is having a single team with a single vehicle. TSAAR allowed me to purchase a single car to start but I could add an additional two vehicles from different classes. 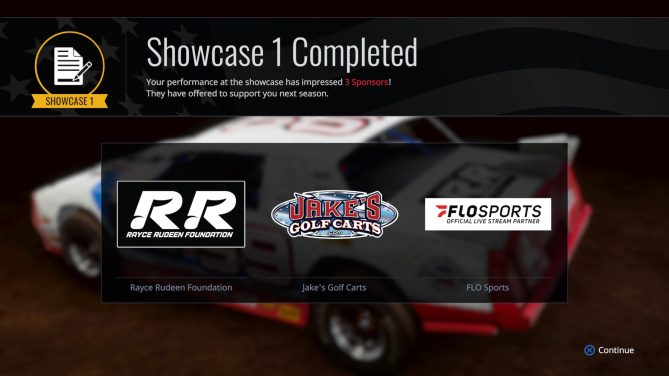 On top of the slow process of upgrading your vehicle(s), you still have a rotating stable of employees who must be hired, and each employee brings something different and unique so choices need to be made in conjunction with your team’s needs.

No racing team is ever going to be competitive without consistent sponsorships and owning a team in TSAAR is no different in that way. Depending on how well you run, you will attract a limited amount of eager sponsors that want to be part of what you are building, but those same companies want something in return and that is success and their name in the spotlight alongside yours.

The Monster developers touted a new physics engine for its latest game, and while that is always exciting to hear, the proof will always come out on the track. Thankfully, the difference between the prior Tony Stewart game and this one is tangible, and it makes it difficult to go back to the previous title after experiencing the newer physics engine. 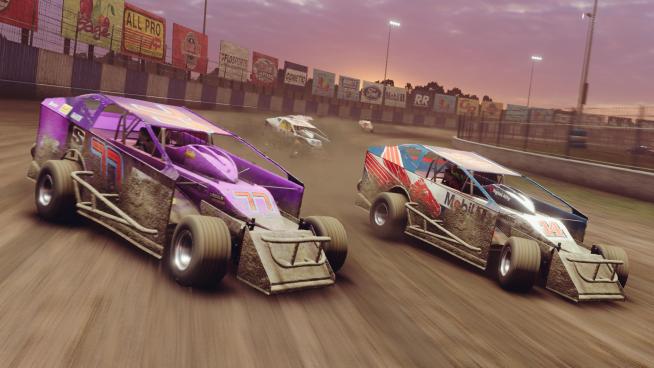 The minute I hit the track, I could feel the difference in how the vehicle reacted to the ground, how it handled as a single entity and the difference in navigating my way around the track. The counter-steering feels amazing and resembles more of what I would expect flying around a dirt track in these powerful machines.

The game includes a large set of options for driving aids that I could choose from, and they make a difference in how the car handles. Some testing will be required to find what suits you best in terms of handling, but it won’t take long and the settings can be adjusted throughout your experience as you become more acclimated to the new system.

Is the paint booth a fully fleshed out option that allowed me to create logos and designs from the deepest part of my imagination? The answer to that is no, but what it does allow is a full spectrum of customization. From schemes to paint combinations to number and font styles, the options to choose from are deep and what I made felt like a personal creation by the end. 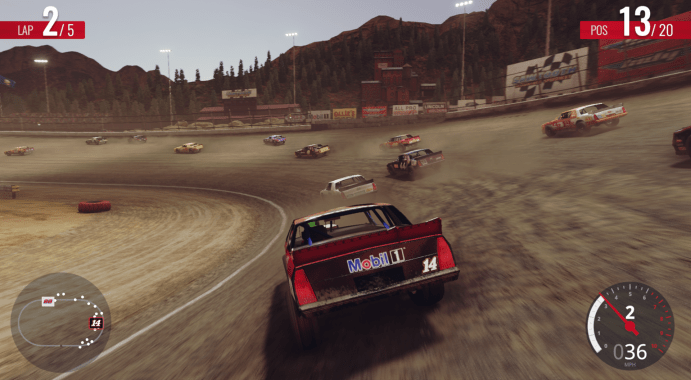 While that may not seem like a lot to get excited about, I found myself sitting in the creation booth for long stretches at a time combining different schemes with different colors and overlaying different numbers and fonts.

I still miss the days of the type of paint booth found in NASCAR 08 and ’09 where we could create full schemes and logos on PC and upload them into the game on console, but those days are probably never going to return, so this is what we have and it’s a solid effort that should appease the masses. 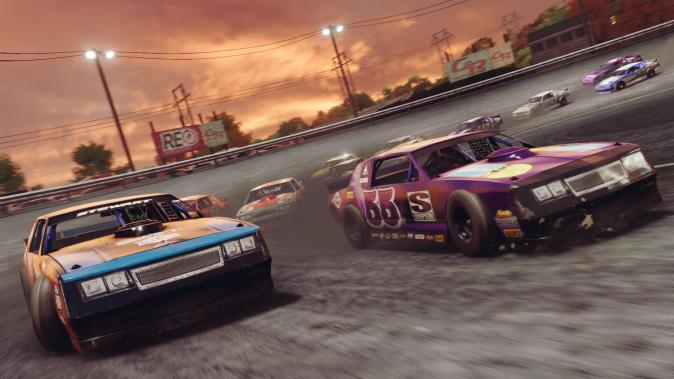 While we are at it, it would have been nice to see the late model included in the game, but there are plans for future DLC, so let’s hope that includes different cars and different body styles.

While the game may only provide three different vehicle choices, it’s odd that all three sound just about the same. A detail that may be noticed only by the minority, but street stocks, Legends and big blocks all have a distinct sound to them when racing, with street being more subdued and big block sounding like a jet engine at times. The game struggles to re-create an authentic sound for each car, but in the end, it’s not going to be a major factor in the enjoyment of the game for most.

Tony Stewart All-American Racing comes as close to conjuring up memories of Dirt to Daytona as any game has since its initial release in 2002, and provides a surprising amount of depth, fun and longevity, especially considering the price point of $29.99 (USD). Whether you’re a fan of racing or not, Tony Stewart All-American Racing is the kind of title that people from all racing backgrounds can enjoy, and the game does a solid job of creating a challenge for veteran racers.

Tony Stewart’s All-American Racing is available now on Xbox One, PlayStation®4, and PC (on Steam)