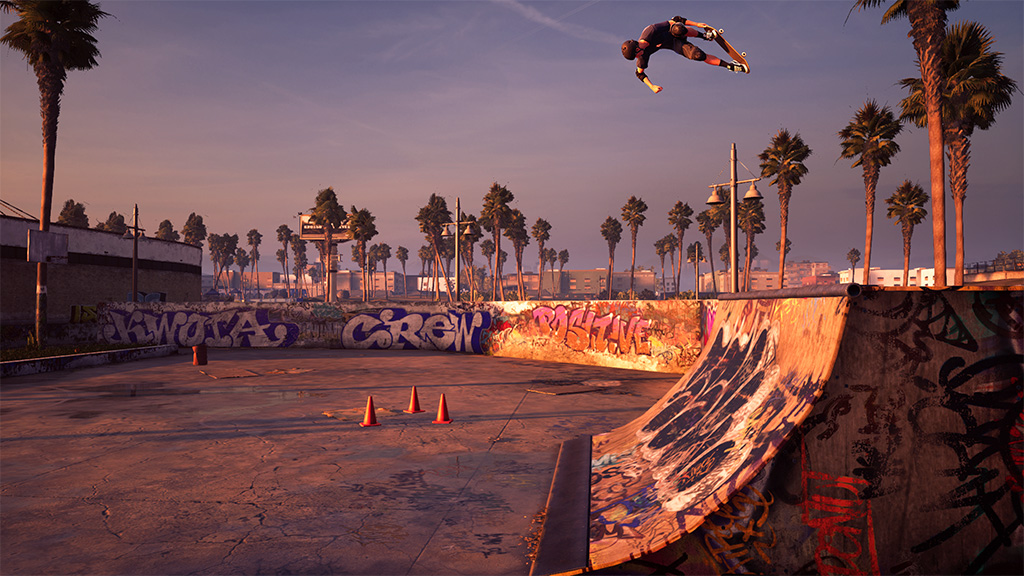 We're excited to announce that personal party features are now live in Multiplayer including private skate sessions, party migration, and leader promotion. Play against friends in your own private matches in all maps or your own Create-A-Parks, or hang out in Free Skate. #THPS

Maybe the team can add a real multiplayer (not local multiplayer) for H-O-R-S-E and Tag down the road or just allow us to play randoms online in free skate. Either way, it’s good to see Vicarious Visions continue to push out the updates.

If you missed our Tony Hawk’s Pro Skater 1+2 review, you can read it here.

Make no mistake about it, if you are a fan of the original series, you will love the remake. Remember, this is built off of the games’ original source codes, so muscle memory will kick in. You will remember where certain collectibles are and many secrets will present themselves anew. The original crew of skaters are back alongside some of skateboarding’s brightest young stars. This is a microcosm of the game itself: seamlessly weaving new content into a timeless masterpiece. For newcomers, this is an arcade-style skateboarding experience that rewards high scores for long, varied combos. The game’s core modes are two-minute timed experiences. Within those two minutes, you rack up as many points as you can while achieving various objectives. Puzzles are the perfect level of complexity, and latter levels demand a number playthroughs to fully grasp and understand everything.