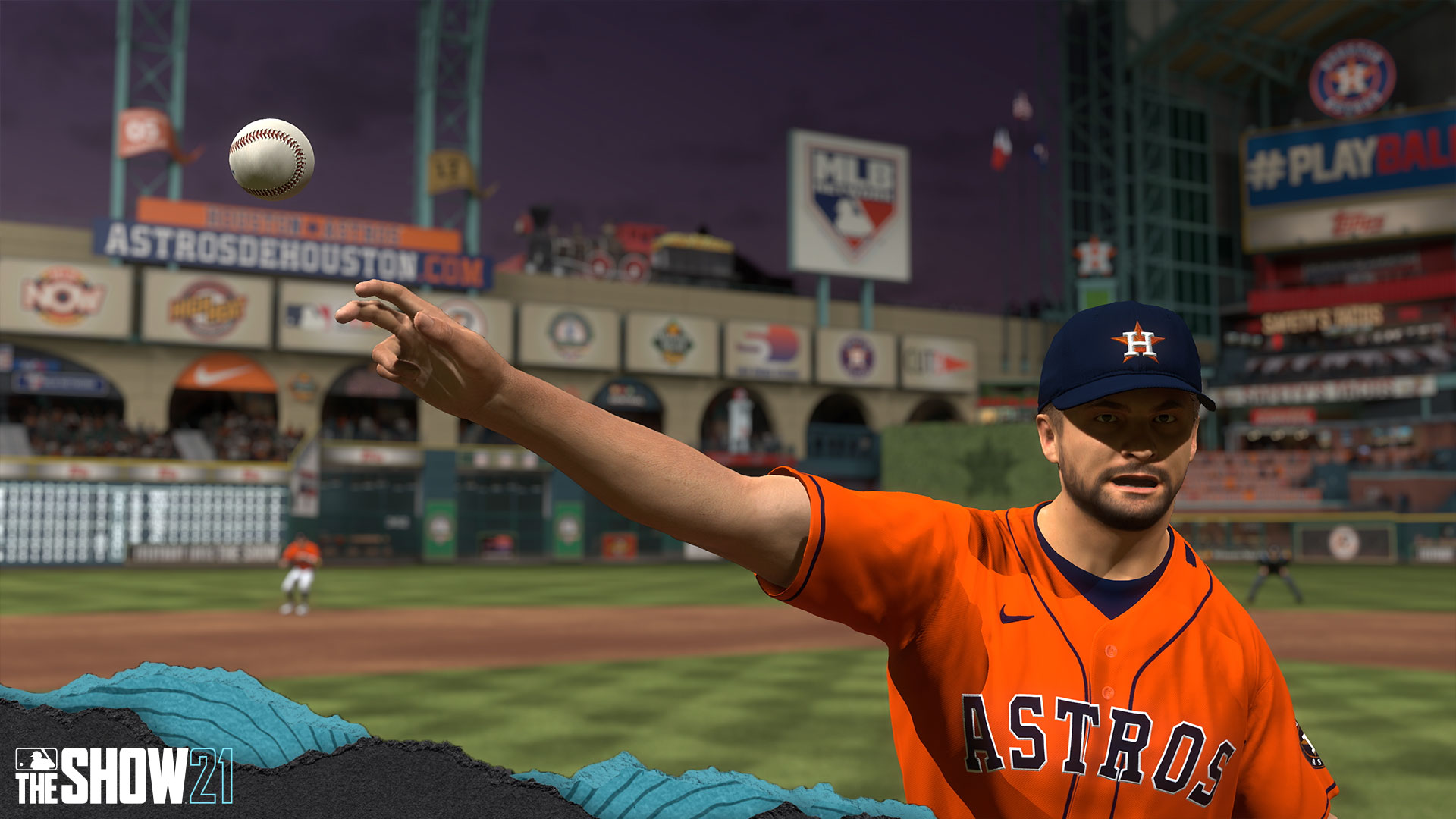 One way or the other, the MLB season is coming to an end this week. We’ll see what the future holds for baseball itself, but if you’re looking ahead to what could be a tumultuous offseason for the sport itself, one of the best ways to keep yourself engaged in MLB The Show 21 is by diving into custom rosters. The TrueSim Roster Project is what I’ll be highlighting here (long overdue on my part), but I first want to give love to our old friends at Scout Scoops.

The TrueSim Roster Project is first and foremost focused on the MLB rosters — I’ll let one of the creators creator, Cycloniac, explain further in his own words in a bit — but it still needs a minor leagues and general base from which to edit. Scout Scoops/Ridin Rosters are that base when it comes to the minors, so first and foremost all the credit in the world to them. They are invaluable within the community itself and sports games as a whole. You can follow them all over social media, or find them at their website to get all their news in one spot.

The final version of the Full Minors was put out back in September, and you can search for it in the Roster Vault by looking for:

With that said, the general premise of the TrueSim projects (they make these for more than just MLB, most notably I know them from Madden), is to edit the rosters to make long-term franchises more enjoyable and “realistic” by simulation standards. These projects have been on OS for at least four years (that I recall), and they’ve remained popular in the community for a reason it seems. They take a base set of minor league and MLB rosters and re-rate these players in a variety of ways before uploading the project for everyone else to consume.

So with that said, let’s get into this by showcasing Cycloniac and co’s work.

I will note this is a June roster, so it is going to be out of date in some regards. I don’t know if they will update the roster once more before next year’s game, but for me that’s mostly irrelevant. The point of these TrueSim projects is less about the “accuracy” of who is on every team at this point and more focused on the long-term outcomes you can derive from the roster.

If you want to use sliders specific to this roster, they are also available in a couple forms:

So, again, it just depends on how you play and how deep you want to go with this experience. You can find these slider sets in the Sliders Vault.

Why Use This Roster?

By now, everyone knows how much Ridin’s Full Minors brings to the game. We use that as our base every year. Ridin and his team don’t touch MLB rosters. That’s where we come in. We spend months before release conducting thorough research on more than 1,000 MLB players and 500+ prospects. We use a data-driven method to re-rate each player, one by one.

We also refine ratings for all of the prospects included in Full Minors. They are usually inflated, ratings-wise or potential-wise, which makes long-term franchise play unbalanced and unrealistic.

This is all done to ensure franchise mode is fun beyond year one. If you want a deep, immersive franchise mode experience, along with rewarding gameplay, this is the roster for you.

You can see all the ratings in this Excel sheet here.

I have prepared this spreadsheet with estimated (or confirmed) lengths of time to injure each player, as well as an alternate method if you don’t want to use manual injuries (more on that below).

If a player is bolded in the spreadsheet, this injury occurred after Opening Day but within the first couple weeks of the season.

The game’s injury durations are a bit restrictive. You can only injure in the following ranges:

As a result, I suggest manually injuring certain players a second time on June 10 (70 days from April 1). I added my suggested injury combinations to the above spreadsheet.

E.g. Eloy Jimenez is projected to return 156 days from April 1, so I am using two 70 day injuries to get as close as I can. Certain players I can be more precise, like Chris Sale (70+42).

If you don’t want to manually injure players, I added a column with which level to demote the players to on Opening Day. Only do this if you are not manually injuring players. If you have Roster Moves set to Auto, these players will gradually return to the MLB, depending on level and injuries. Players in A have a chance to return late in the season. Players in AA could miss a few weeks or a couple of months.

This is how I setup my real franchise and I’m liking the results a bit better than manually injuring players.

I will be using Armor and Sword’s sponsorship setup found here.

I suggest you change the trade frequency slider as follows:

If you prefer to handle all trades, a longer explanation is needed:

Now into mid-June, trading season is underway. If you are doing manual trades, I suggest turning trades from manual to auto by around June 15, then sim a few days so the trade block can populate, then switch it back to manual.

In June, I will make one trade a week until July 13.

From July 13, I will make one trade every other day until July 25.

On July 25, I will make two trades every day until July 31 (deadline day).

I also uncheck all of the positions they are seeking. These teams are looking to sell, not add MLB-level talent.

For teams that have decided to make the playoff push, I remove players 25 and older from their trade block.

For both the normal teams and the playoff push teams, I tick as many positions of need as possible. I consider a position of need to be one where they are ranked 15th or worse at the position. If they have a need at CP, I will tick RP too if possible, and vice versa.

On deadline day, I will try to trade every player still on the block.

I also use this trade pattern as a primer of sorts.

For drafted players, I have created a ratings generator.

I personally do rounds 1-3, and don’t re-rate prospects with D potentials.

There are two components to the calculator: the ratings generator and the age corrector.

For pitchers, the same steps apply. Enter the age and potential in the age calculator first, then make sure you update the age in-game. Once you’ve done that:

I also turn waivers off for year one to minimize prospects being moved unnecessarily.

If a setting isn’t listed, it is user preference.

After the baseball season is over, the work begins. Every player is rated by handed using TPS. The ratings are reviewed for quality-control purposes and finalized. When possible, a three year baseline is used, with last season having the most weight (50:25:25 weighting). If less than three seasons of data are available, regression to the mean is applied.

Since last season was only 60 games, fielding calculations were weighted more towards the previous season where possible. If a player has played 162 career games or less and has played more than 1 MLB season, his career splits are used in 2/3 of the calculation.

For long term franchise play, the potential mix is adjusted to divide players into relevant tiers, based on current production and age.

-Power ratings are based on ISO and HR%

-Vision ratings are based on K%

-Discipline ratings are based on BB%

-Speed (baserunning ability) is calculated based on a formula that takes into account home to first times, player position, stolen bases, XBHs, and GIDP rate. Statcast’s jump metric is also taken into account for outfielders.

-Per 9 ratings are based on the per 9 statistics.

-Stamina is based on innings/appearance

For long term franchise play, the potential mix is adjusted to divide players into relevant tiers, based on current production and age.

The potential system was first changed last year to improve long-term balance in franchise. The original methodology behind that can be found in this post. In short, the pitcher methodology was not changed but hitters were changed. The potentials for hitters were adjusted this year because franchise no longer uses morale to give ratings/OVR boosts or penalties to players. This means that the potentials do not need to be as rigid for hitters.

Based on Prospect Pipeline, our adjusted potential scale for hitting prospects looks like:

There’s a lot here, but that’s what makes these sort of projects fun. You can more or less start over from year one and create the experience you want with a solid foundation in place. So feel free to be a stickler and re-adjust the rosters as the year goes, or start over and just play the year out again and see how it goes this time around. The bonus is you can simulate many years into the future and have generally solid results that keep you engaged.

If you’re looking to go a non-fictional route with a roster, this is one of the better ones to use during the offseason. Feel free to give feedback in the forum, and also feel free to follow Cycloniac on Twitter.