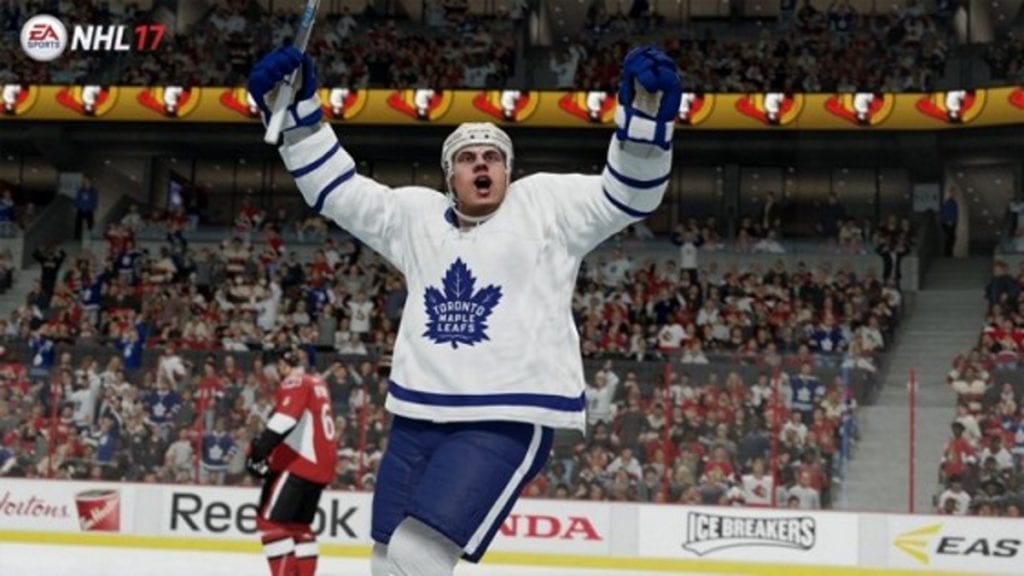 Earlier this year in an Operation Sports feature titled, “Fact or Fiction: 2016 Sports Gaming Predictions,” I said “NHL 17 will be a sports game of the year candidate in a big way.” With Madden, The Show and NBA 2K showing relatively standard — yet still very good — improvements this year, NHL 17 arguably has made the most progress of any of the major sport titles for consoles; it’s a much improved and complete game this year compared to its predecessor.

One of the game’s deepest enhancements has been the expansion of available gameplay sliders. There are far more sliders available in this year’s edition compared to ’16, and perusing the slider sub-forum on Operation Sports, I was curious as to how folks were handling this year’s new edition (bad pun) when it comes to adjusting gameplay.

I went through and combined four popular slider sets (to remain unnamed), and compiled the data below. But first, some notes about the collection process:

First, each in-game slider section is broken down into its own table and properly titled. The four popular slider sets for NHL 17 are then listed across its own row. If a slider users CPU/Human differentials, they are separated with a slash showing CPU first.

Underneath the four slider-set rows is an average of those four for the same slider — simple addition and division.

The area highlighted in teal is what the game uses for its default All-Star “Full Sim” settings. This is placed for easy comparison, as well as to interact with the last row. Breaking Down the Data

Many of the other sliders vary greatly from the defaults, and even from one another.

So what does all of this mean? Why do we see such differences in sets for the same exact game, and sets that vary so much from the default realism settings put forth by industry professionals? Wouldn’t this be similar to letting me (instructional designer) repair the Golden Gate bridge because I have a notion as to how it should be handled? Or letting me fly the plane I’m sitting on right now because I feel I have a better, more ideal route?

The Psychology of It All

I decided to get in touch with a dear friend of mine (and Operation Sports member) who is a psychologist. I asked him from a psychological standpoint, why we gamers take it upon ourselves to mess with sliders in the first place, immediately casting aside a team of programmers whom slider makers seemingly feel are not up to the task.

“Well it would largely be speculation, but although it depends on the individual, I think a lot of it has to do with what we get out of the game,” he wrote. “I think part of it is: There is a sense of satisfaction and accomplishment that comes with overcoming a challenge. If the game is too easy, then succeeding isn’t satisfying; if it’s too hard then then there’s no success, which (if constant) provides no satisfaction. […] At some level I think video games can be appealing because they provide us (at least superficially) with an experience we either cannot have or aren’t willing to put the work in to have.”

My friend cited playing a game like Guitar Hero as an example where instead of putting in the grueling work to actually learn how to play guitar, it’s far easier to just master the game.

“At the extremes, you have people who feel no sense of purpose or connection in the real world, and the sense of having those things in a fantasy is so appealing that it begins to feel more important than the real world. Generally you don’t see this to a pathological degree with sports games as much as with RPGs (though there are documented cases with games like Football Manager),” he wrote. “So back to sliders: you have an obsession with getting the experience as close to ‘real’ as you can in order to maximize the sense of having that experience that you can’t or won’t have in real life.”

But don’t the programmers already want their realism setting to be the most realistic experience? And yet we see — in extreme cases — slider creators who quickly dismiss a professional programmer’s work and preach that their set is the ideal set never to be altered?

But not all slider makers are the same. Some are more open to suggestions and recommend their sets be used as a base to work from. Speaking personally about my MLB The Show sliders, one of the premises I’ve used from day one was that a slider set should never be locked, as we gamers are always improving our gameplay. Like an annual review at your job, I’ve stressed that it’s important to compare your results against the stats being produced in-game (which don’t always match real life, by the way).

“I think the more mature gamers are pretty up front in calling their slider sets a ‘base’ from which they recommend others borrow and alter as they see fit,” he said. “Others will swear their slider sets are perfect replications of the sport and should be adopted wholesale. I think most on OS welcome the wisdom of the masses — they welcome feedback from others. The OS community sets for FIFA are great examples.”

So what do we make of all of this? What are your thoughts on slider sets, how they vary from one another, and how they should be managed in your games? Are slider sets the wild goose chase they seem to be? Is finding a “perfect” slider set the Sasquatch of the gaming world? Or is it like a lot of things in life — something we learn to balance and deal with, and not to lose more sleep over than it’s worth?