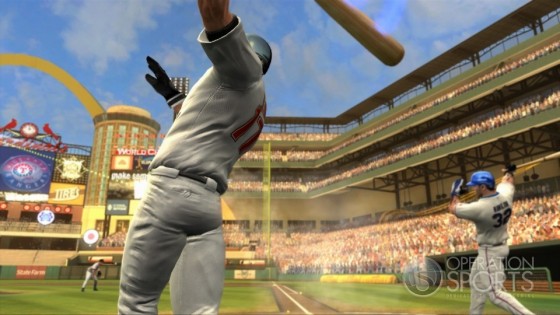 It is difficult to believe, given the avalanche of news over the course of March, that the announcement of 2K’s return to licensed NFL game development was barely two weeks ago. It may as well have been announced in 2017 at this point. It is certainly a beacon of positivity during some truly astounding times, and coupled with the potential release of another console generation later this year, is an event that mandates speculation and excitement.

We’ll be taking a look at various arcade sports games since we assume this is the direction 2K will be going with its non-simulation game (we talked about NFL Street recently), so I thought it would be a good time to discuss the crown jewel of 2K’s arcade sports titles: The Bigs 2. The original game in the series, The Bigs, was technically 2K’s first foray into the arcade baseball genre. Released in the summer of 2007 (ironically enough, not even a full month before the most recent 2K football release, All-Pro Football 2K8), The Bigs was a playful, cartoon-like take on baseball’s most popular moments: ridiculous fastball speeds, towering home runs, Matt Chapman and Nolan Arenado-quality diving catches, etc.

It was discussed in comparison to multiple Midway offerings as an “evolution” of MLB Slugfest (with a sharp reduction in fighting or Mortal Kombat unlockables) and “baseball’s version” of Blitz: The League (without any steroids, broken bones or anything mature whatsoever). It was fast, frantic and a really refreshing change of pace to the much slower baseball sim offerings at the time. 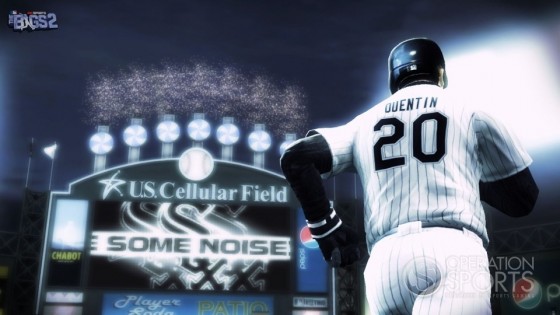 The Bigs 2, however, built upon its precursor and established a formidable reputation among a sparse yet very combative arcade baseball landscape. It brought in a full season mode, a number of button-mashing activities, some fascinating new gameplay balances and its incredibly unique Become A Legend mode. Games were your normal 9-on-9 setups with each player given a set of attributes based on the five tools (hitting, power, speed, throwing, defense). A pitcher’s individual pitches were similarly graded on a five-star scale with a “Legendary” level of mastery for elite players. Some players came with performance bonuses as well, such as boosting the entire team’s hitting abilities when down by a run or hitting all home runs as no-doubters. Good on-field performance filled a meter that brought in significant buffs that made home runs, grand slams and high-leverage strikeouts nail-biting moments.

Hitters also had wheelhouses, which were pulsing red zones based on their hitting statistics. If pitchers pitched into the wheelhouse and got a swinging or called strikes, the batter’s wheelhouse shrunk. Coupling this with a “turbo” ability to force pitchers into throwing the ball into the strike zone, as well as a pitcher’s ability to put extra movement and speed on their pitches, made for an interesting gamble as to when to use turbo. You could also save it for when your elite baserunner got on first so you could have him steal all the way to third. Figuring out the right time to unleash and counterbalance turbo usage added a new level of strategy to the game. Throw in some ridiculous pitching arsenals and you had a tremendous recipe for local multiplayer. 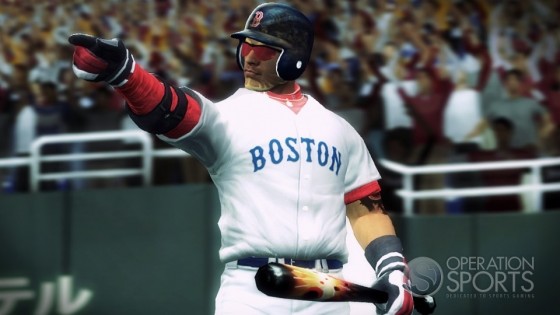 Local multiplayer shined its brightest during Pickup mode. Not unlike NFL & NBA Street before it, the mode grabbed a random collection of players for a mini-draft for an exhibition game. This provided endless hours of entertainment as every collection of players was vastly different at a time when rosters were loaded with incredible and enjoyable talent. However, there were only two players available per position, so players had to comb through each section to see if this crop of pickup players was a fair balance or not. To make matters worse, the only way to get a new set of players would be to back all the way out to the main menu and do the controller and difficulty select all over again. It was a taxing process, but well worth it to be able to play with a jumbled collection of MLB stars each time.

Become A Legend was a very unique, story-driven experience that felt like a different game altogether in comparison to season mode. Players created a character they took on a journey playing up from the Mexican League to the World Series, with Hall of Fame legends, trips to Japan, and other twists and turns along the way. Unfortunately, the rubber-band AI made the game crushingly difficult at times, and the presence of Scenario Challenges and five-inning games instead of a more structured standings-based experience hurt the mode’s longevity. The best part, however, was being able to pluck a player off of an MLB team’s roster after defeating them, allowing players to Frankenstein their own dream team of superstars with a satisfying feeling of accomplishment. 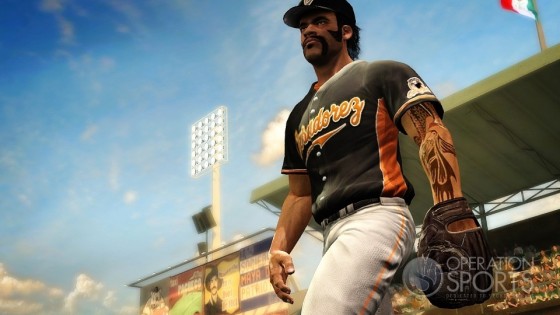 Some elements of the game show their age a bit. The Bigs 2 could do without the random button sequences to make Legendary-level catches with certain players, a peculiar balancing act to catch some foul balls, and an often unwinnable button mash for home plate collisions. Though some of the mini-games, such as the over-the-top-yet-over-too-soon Home Run Pinball, could be fun time killers, they lacked the depth to hold your attention for a long time. Worse, the QTE pains of the running challenge, and the difficulty of playing the hitting contact mini-game versus a hitter like mid-prime Dustin Pedroia, often led to me stalling out in Become A Legend. The mode was so difficult for me way back when that I did not know until years later that Hall of Fame Cooperstown players even existed as unlockables.

Considering that The Bigs 2 was released 11 years ago and its gameplay still holds up, football fans should be very excited for whatever 2K has up their sleeves for their football reboot. 2K undoubtedly has an arsenal of features to unload between now and the game’s release, and we can only hope that their football title takes the right cues from The Bigs 2. Will we see a similarly structured atypical single-player mode without unavoidable mini-games? Could a perfected Pickup mode provide tremendous replay value? 2K has proven that they are more than capable of handling the arcade sports genre, and we cannot wait to see what they have cooked up for the NFL.

More in The Bigs 2