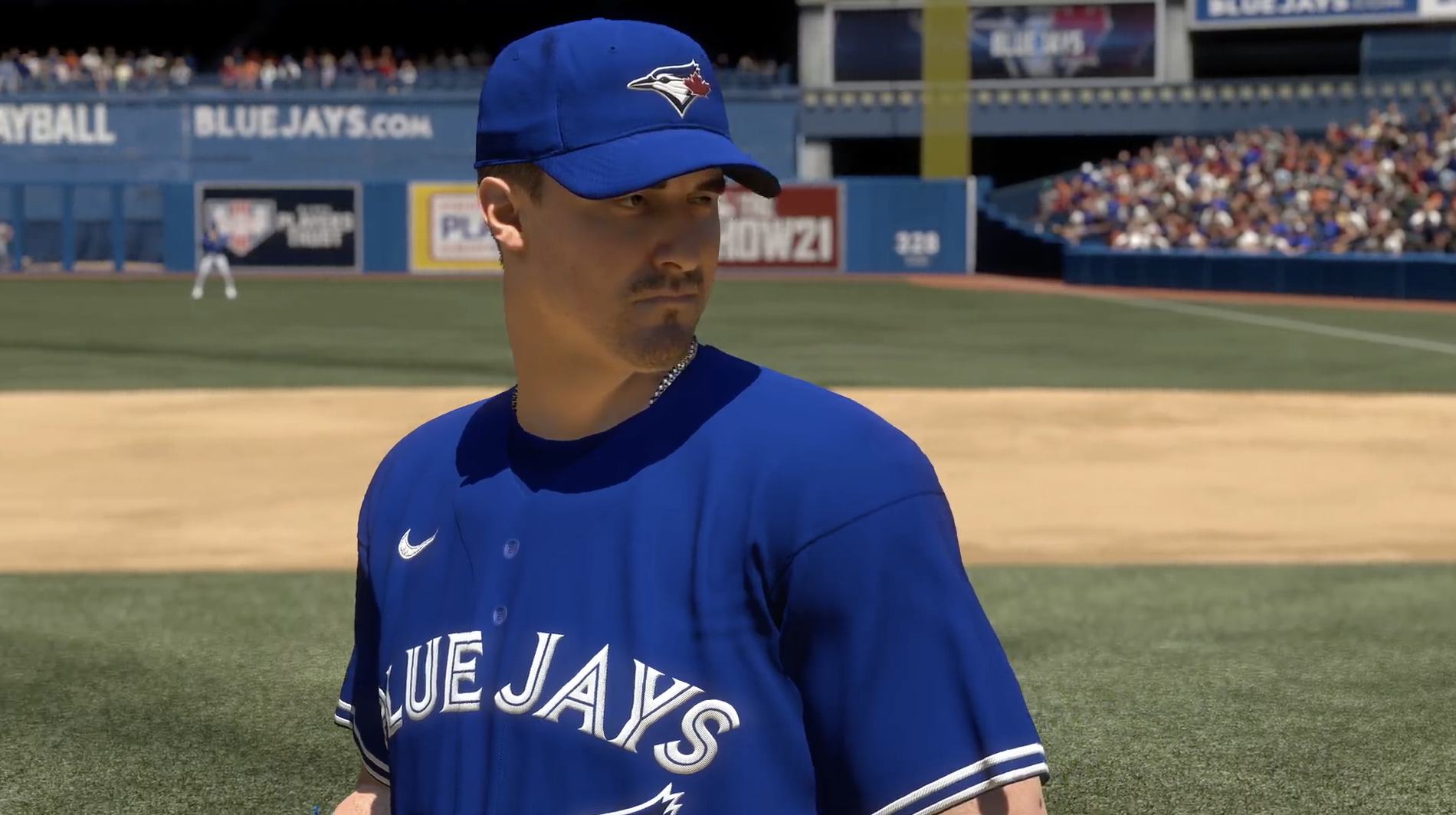 With the Full Minors Roster out in the wild, we have been thinking a lot about five organizations to rebuild based on the idea of competing now while still allowing time for prospects to develop. So while this is not a de-facto “best teams for MLB The Show 21 franchise mode” list, my picks here encompass what I think are the best teams to use if you want to win now but still have promising futures as well.

The rosters that were completed this year are some of the most in-depth and detailed rosters available to this day, and because of that, it allows someone to fully utilize the minor-league system in an advantageous way. The way we look at minor-league systems has changed exponentially over the years, and in today’s age of micromanagement and being under the microscope, the minor-league systems are every bit as important as the talent that ends up in the major leagues.

As someone who has had multiple conversations with high-level minor-league players, the development stage in the minor-league systems for these major organizations has changed drastically, and along with that the amount of pressure that used to be reserved for MLB players is now being felt at the Double A level — if not even before that. Just recently I spoke with the Rapid City Trash Pandas’ very own Torii Hunter Jr., and he spoke to me about the microscope now that is placed on the individual high-level talent that is commonly found throughout all of Double-A and Single-A baseball.

The experience of being a minor-league player has changed drastically from past eras, and with the emphasis now on developing young, less expensive talent that can be impactful for years at the MLB level, I wanted to take a look at five organizations that have the ability to be competitive now and in the future. 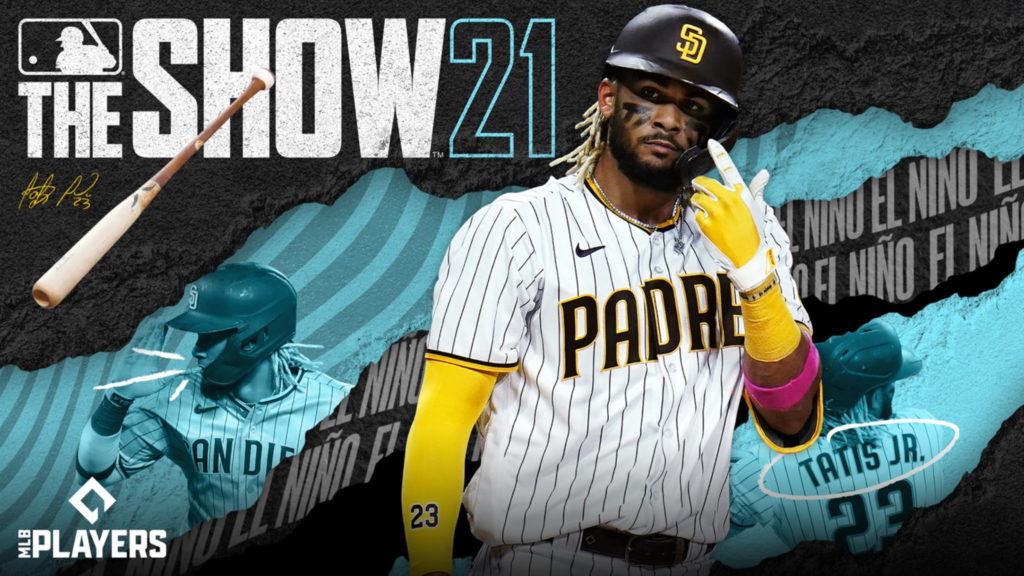 It’s a little wild that a team that has had so much success over the last decade or so also has a farm system that is viewed by many as the top one in all Major League Baseball. Since 2008, the Tampa Bay Rays have been to the playoffs six times, and those six times include two World Series appearances where they came up just short in the end.

What the Rays have done better than almost any big-league organization in this era is find ways to trade expensive talent for cost-effective talent. On top of that, they have shown the innate ability to develop talent within the system. They have also shown an incredible vision when it comes to the MLB draft and finding ways to plug holes with individuals who have been unable to fulfill their potential with other clubs.

When choosing the Tampa Bay Rays, you have access to a big-league club that is talented enough to compete right now for a division crown — and possibly more — and you still get to have a minor-league system that is loaded with potential high-caliber MLB players who can be used in a ‘plug-and-play scenario or packaged together for a high-priority bat or arm if needed during a playoff run.

As of the time of this article, the Tampa Bay Rays sit at 30-20. The Rays farm system has roughly 5-8 prospects who you can find in some form of “top 100 prospects” list, and there are eight of them in the Top 100 in The Show.

If you are looking for a team that is ready to compete at the highest of levels right now while still maintaining a bright future down the line, the Tampa Bay Rays may just be the team for you.

Gone are the days of Adrian Beltre and Robinson Cano in Seattle as the Mariners organization now looks to Mitch Haniger, Kyle Seager, and the new addition of can’t-miss prospects Jarred Kelenic and Logan Gilbert.

Most assumed this would be a rebuilding year for the Mariners, with a chance at being a .500 club if things worked out in their favor. After about 50 games, that is where they’re hovering. What is amazing is that they are doing this with a league-worst .202 batting average, and a defense and pitching staff that is average.

While that sounds like a steep challenge to take on, the cupboard is not bare for the Mariners when it comes to MLB talent or farm system outlook. Regardless of what service you use to gather up farm system prognostications, the Mariners are always floating in the top 5, with some having them as high as a top-three system for 2021.

What’s fun about the Mariners, if you choose to use them for a deep franchise experience, is you can expedite things now and try and pick up a couple of bats and rotation guys to try and make a run this year.

You could also let the young talent play this year, which is always a fun challenge, and attack next year through free agency and player development. Whichever route you choose to travel with the Mariners, you can always look at that system for some type of help, which now houses six of the top 100 prospects.

Much like the Rays, the Padres are in prime position to compete for a long playoff run this year and have a loaded farm system to do with as they please. In fact, at the time of this article, the San Diego Padres own the best record in all baseball and are excelling in the run differential department at +79, which is also tops in the majors.

Already sitting pretty at the MLB level with talents such as Fernando Tatis Jr., Blake Snell, Yu Darvish, Eric Hosmer, Manny Machado, and Jake Cronenworth, many folks also think they have a top 5 farm system — even after trading for Darvish and Snell this offseason.

The team budget is not as big as the one for, say, the Dodgers, but it is a hefty one that could be problematic in future years. The Tatis contract is backloaded and may be difficult to unload, assuming your plans are not to keep him around for the next 10 years.

Still, though, there is enough talent down on the farm, four top 100 players to be exact, to keep things very interesting if you choose to go down the prospect avenue to keep the team stocked up over the next decade.

On a side note, playing at Petco Park in The Show is an awesome experience, which can also be a big factor when selecting your franchise mode team as you will be spending at least 81 games there a year.

If we are talking fun teams to use in MLB The Show 21 that will give you the option to make a run at a title now and still have a loaded farm system to reload down the line, the Toronto Blue Jays are your team.  Already loaded on the offensive side of the ball, scoring runs at the major league level will not be an issue.

The biggest concern for the Jays at this juncture is the pitching staff, albeit it’s holding up better than expected so far. Even if that staff starts to slide a bit, the Jays are proud purveyors of a very strong farm system that includes four of the top 100 prospects in all of baseball. It is a system that includes enough talent to add a few arms as the trade deadline approaches if need be, which is helpful to any users who may choose them as their franchise deep dive team.

While the stadium the Jays play in sits somewhat vacant until Canada opens back up from the pandemic, the Rogers Centre, which was once considered a state-of-the-art facility, has grown old for many of their fans. The good news is that next-gen MLB The Show 21 has a stadium creator and a stadium vault, so you can replace the Jays’ current home if you want to.

The Giants have a farm system that is floating in and out of the top 10, and while many predicted a total rebuild for them, they find themselves sitting in second place in the NL West at the time of this article. They may be using smoke and mirrors — and making a trip or two to the fountain of youth to accomplish what they are doing — but that does not matter. What does matter is they are expediting the process and helping attract big-name free agents starting next year.

They are doing all of this while keeping payroll low and keeping a farm system that is relatively well-stocked, which means they can overpay if need be later. It will be interesting to see if they can maintain this level of play. The questions are already popping up as folks discuss whether or not to trade away some of their assets this year, or do they sit out and let this success happen naturally through free agency and prospect development.

Choosing the Giants as a team to run a deep franchise with in MLB The Show 21 also comes with the bonus of playing in what is widely considered a top 10 stadium in all of baseball.

Give The Minors A Chance

If you want to take the experience even further and into a deeper level of immersion, all the Triple-A and Double-A stadiums have either been created or are being created with the stadium creation tool and can be found within the Vault. When you combine these rosters with the stadiums, the experience is unlike any other that is currently available in other sports titles, with the NBA 2K franchise being the possible exception.

If you usually only care about the MLB rosters, I highly suggest downloading the full minor league rosters that are available now and take the time to play with some of the talent listed above in their specific ballparks on their respective teams.

The experience differs greatly from utilizing players of such high-level talent at the MLB level, but it allows you to further understand the game of baseball at a core level by using this undeveloped, but extremely talented group of individuals.

When Do We Start?

This Friday! Full Minors V2 And 30 AA Stadiums To Go Along With The 30 AAA Already Released! https://t.co/lLrKe6bpXO

Obviously, picking a team to use in franchise mode for MLB The Show 21 is built around the idea of downloading and using the Full Minors set provided by OS’ own Ridin Rosters. While the initial set is out now, you may want to wait a few more days to start. Over Memorial Day weekend, Scott and his team are releasing a fully updated version with all new face scans, updated injuries, player movement, and real free agents. So, if authenticity is your thing, having the patience to wait a few more days may be worth the price of admission.