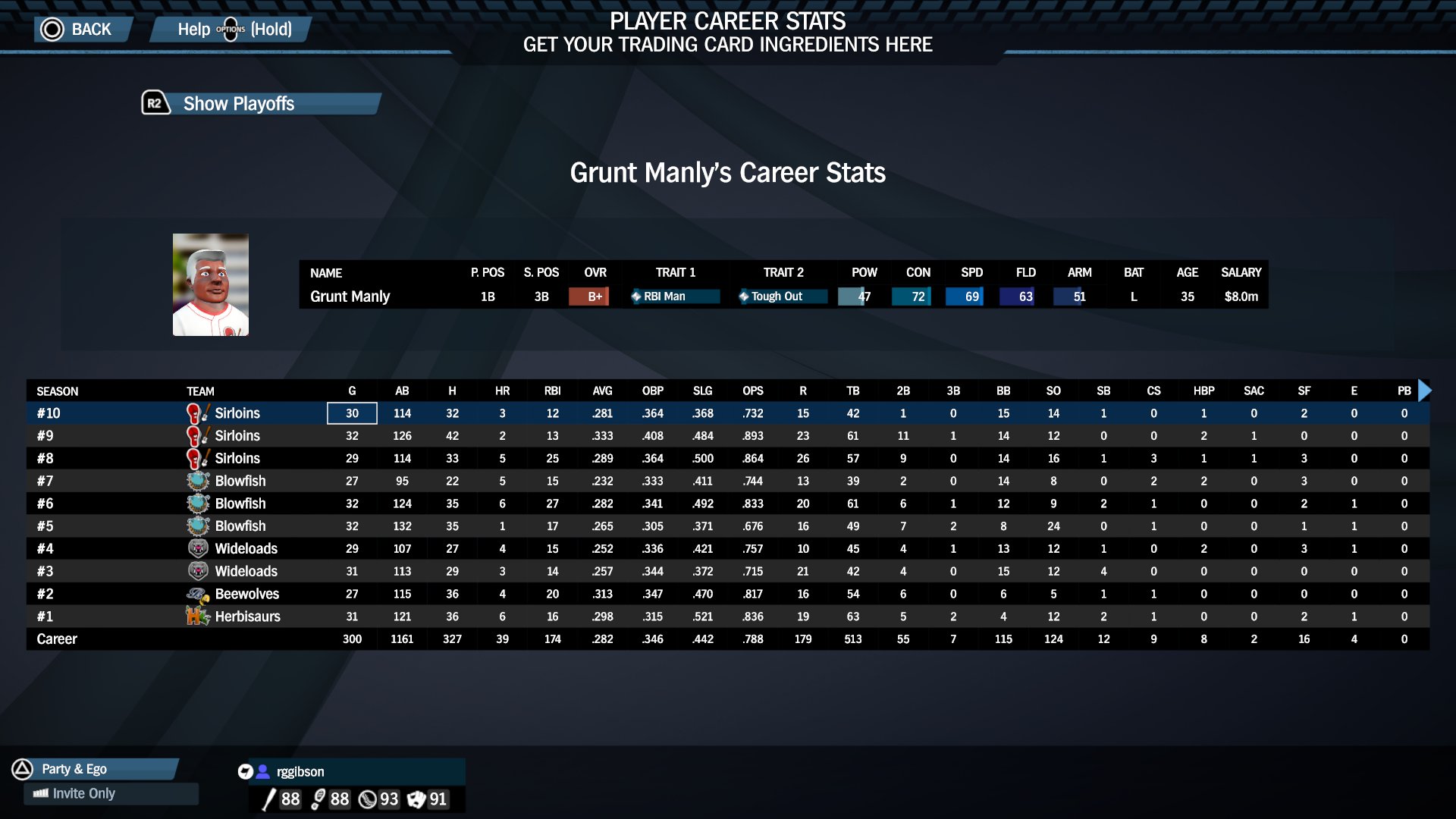 Super Mega Baseball 3 career stats are making their way into the next patch, according to the latest tweet barrage from the official account.

Career Stats are now in the final stages of internal testing! Once our testing is complete, they’ll be submitted to platform certification as a part of Update 6. #SuperMegaBaseball3 pic.twitter.com/xjgHxDhjS1

Metalhead Software mentions the update will also include other changes and improvements, including this gem.

Players in Franchise mode will resign based on how long they’ve been with your team rather than their age.

Tracking of the career stats will start when the update goes live and is retroactive for the current season only. Tracking will not occur for previous seasons in the Franchise. Awards did not make it into this update.

Once the update gets submitted for certification, the team will provide more details on career stats and everything else coming in the next patch.

Super Mega Baseball 3 won our Best Franchise Mode in 2020 award. Little things like this, are a big reason why.