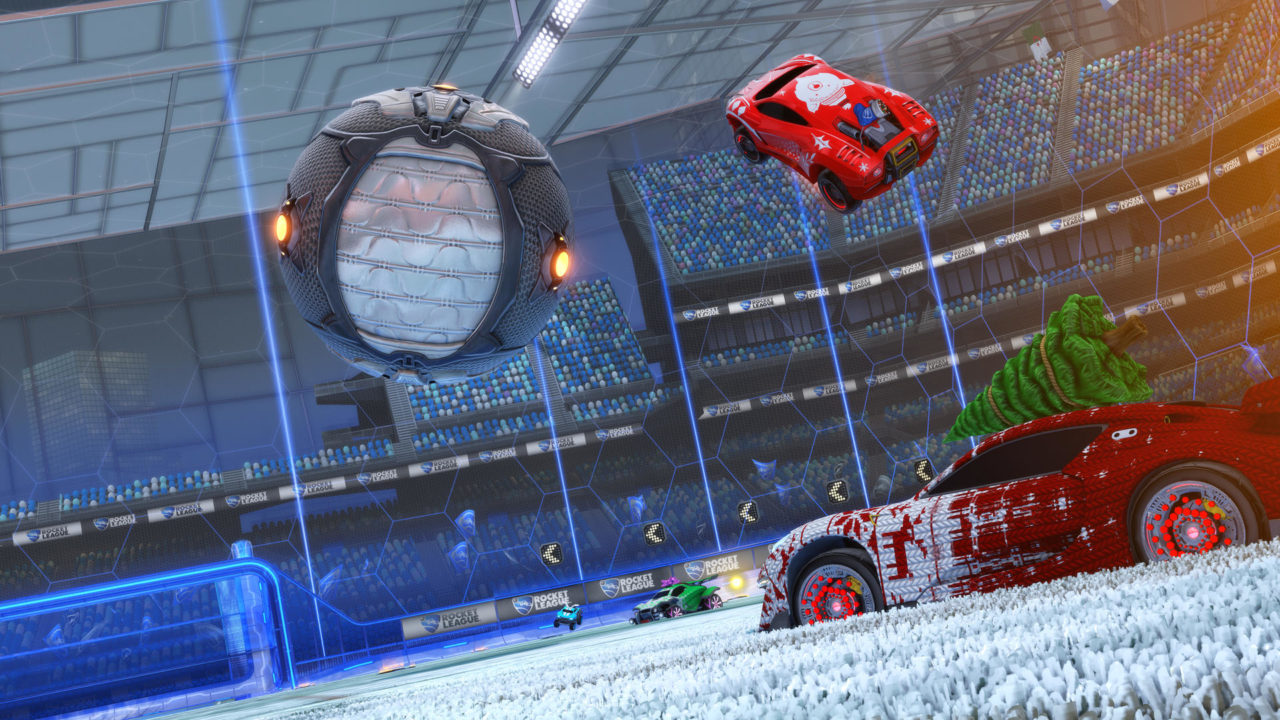 With the end of the year quickly approaching, Psyonix has revealed their Rocket League Winter Roadmap, detailing what’s coming up, for the rest of 2019 and beyond.

Also, look out for Competitive Season 12 Rewards, which for the very first time, are Universal Decals.

Each rank will have its own unique Animated Decal that can be equipped to any customizable vehicle. Don’t forget, you still have to complete placement matches in a Competitive Playlist and fulfill the appropriate Season Reward Level to earn rewards for Competitive Season 12 when it ends in December. Here are the Season 12 Decals in all their glory.

The team will also add Inventory Archiving, giving players the option to archive items, so they no longer appear in your main inventory tabs. An “Archive” tab will be added to the inventory screen, which will house all of your archived items.

A new installment of Frosty Fest, the in-game winter event, is coming in December. Get ready customize your favorite vehicles, to celebrate the holiday season.

Also be on the lookout for Rocket Pass 5, Blueprints and the Item Shop, before the end of 2019.

For more details, read the Winter 2019 Roadmap, at the official website.