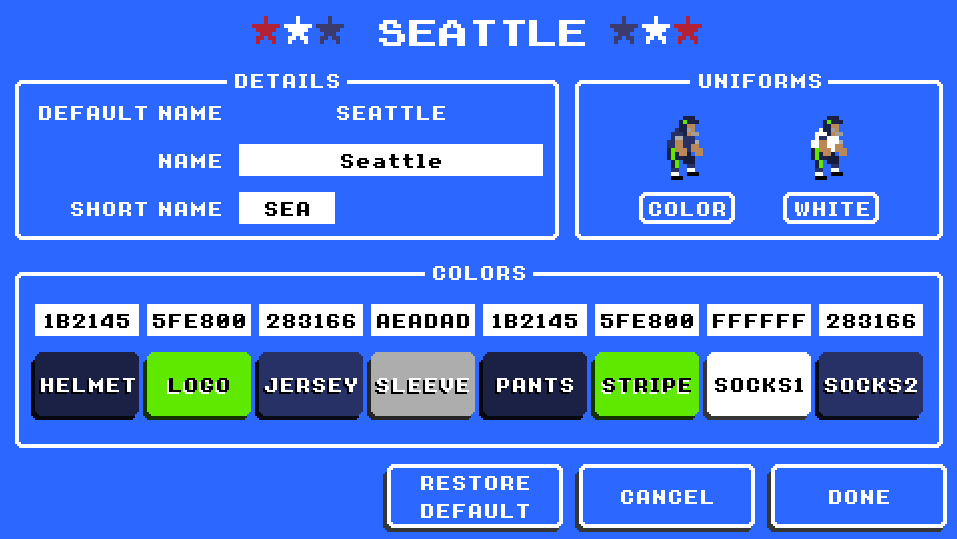 A new Retro Bowl update has arrived for both iOS and Android devices. The update adds team name and uniform editing, difficulty settings, reduced field goal kicking range and so much more.

For those of you that haven’t downloaded and played this gem, the game is absolutely free, so there’s no reason not to try it out.

Here’s what’s new in the update.

Some uniform tweaks for @retro_bowl in progress. Updated Home / White ones coming soon 👍. (Adding alternates like Color Rush / Throwback might happen later down the line, we were just testing them out here) #retrobowl #pixelnfl pic.twitter.com/1srm2ZbSoy