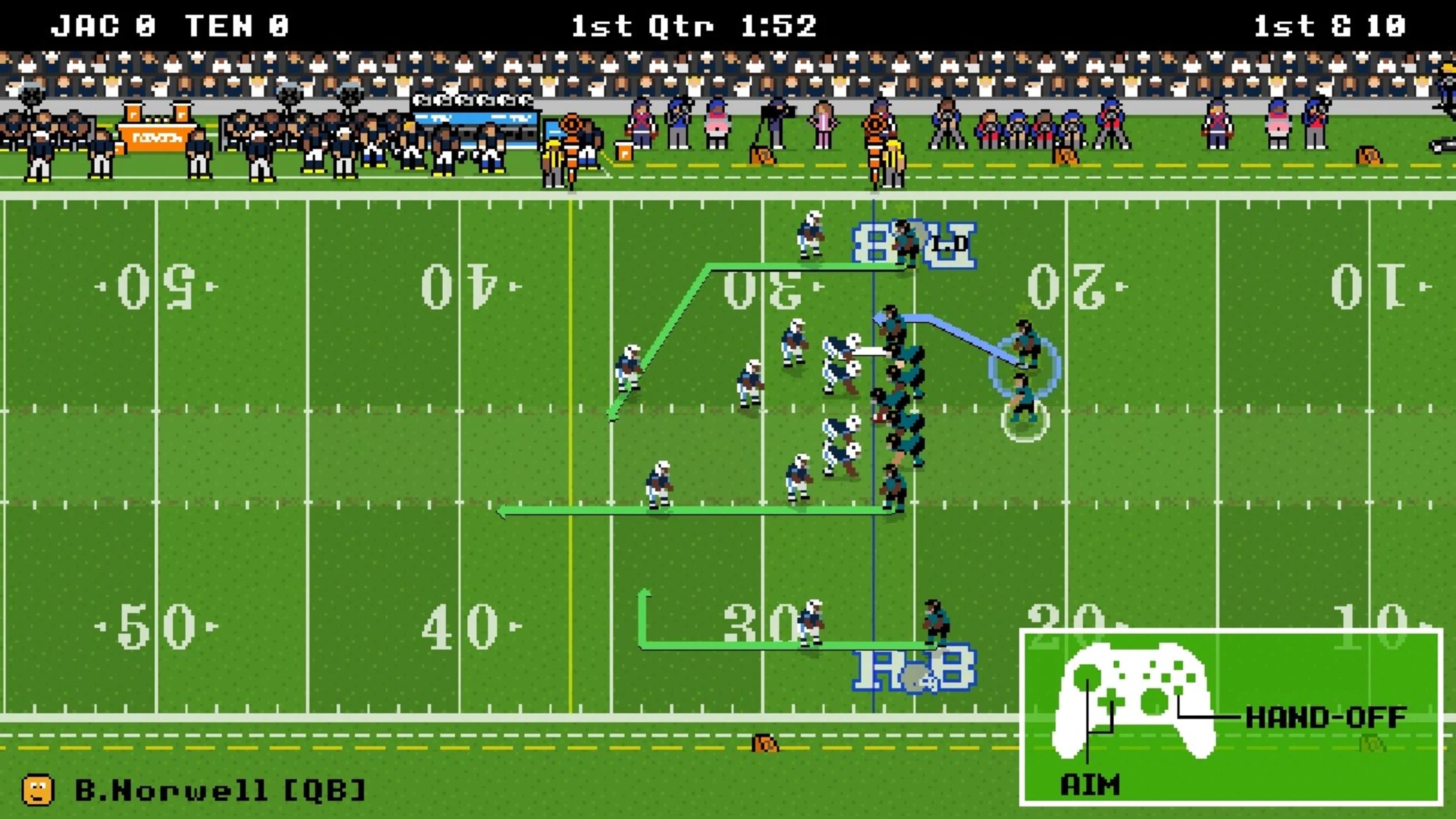 Retro Bowl patch 1.0.2 is available today for the Nintendo Switch. Depending on the difficulty setting, the aiming cursor will fade depending on quarterback accuracy.

Retro Bowl released on the Nintendo Switch earlier this month. It currently costs $4.99. If you missed our review, make sure to read it here.

If you were like me, then Retro Bowl came out of nowhere back in January 2020. It grabbed me with its addictive and simple gameplay, and was almost impossible to stop playing for hours at a time. A game that was initially released on mobile platforms, it stole the hearts and of both current gamers and old-heads like myself, and found critical acclaim from just about anyone who found time to play it. Retro Bowl on Switch is now a thing, so how has the transition to a console gone?