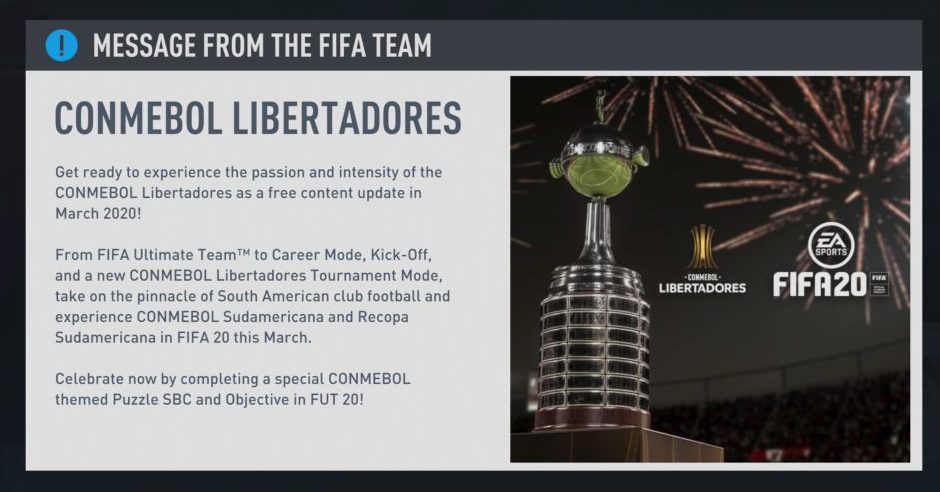 Yesterday, EA Sports announced a partnership with CONEMBOL (South American Football Association) to feature a fully licensed Copa Libertadores in FIFA 20, free of charge! There are three major club competitions in South America for those of you unfamiliar. They are:

Now that you’re been briefed on its background, let’s find out why this is big news

First and foremost, it’s FREE. In this day and age it’s extremely rare for downloadable content (DLC) to be free of charge, especially with a company such as EA that has a reputation for making a buck anyway it can. In short, it’s nice to see that the costs to acquire these exclusive rights aren’t being passed down to the consumer.

Secondly, these tournaments are extremely entertaining as South American footy in general is a great mix of skill and passion, with the latter exhibited by fans whose allegiances are on full display from the second you enter the stadium. EA has been frozen out of South America by Konami, who has really focused a lot of its attention on South America, in particular Brazil and Argentina. Konami has most likely done this because the company has had a hard time acquiring some of the top league licenses in Europe, namely the English Premier League and German Bundesliga.

Thirdly, this will be the first time this competition has been officially licensed in a footy game since PES 2016. I can attest to playing a few playthroughs of this competition while I waited for option files to come out despite only knowing a small percentage of the players. The atmosphere, quick pace and technically sound players really stood out in that mode, and jumping into a game competition half-blind is a rarity these days.

The inclusion of this mode adds one more piece to the FIFA Club World Cup puzzle and it’s a valuable piece, most likely the second most important piece being the Copa Libertadores. It’s generally seen as an afterthought and an annoyance if/when your club is participating. However, in video game, it’s much easier to man manage — rest your best a game here and there — while still viewing it as another trophy hunt to add to your collection. EA could tie it into the “brand exposure” career mode objectives as some sort of huge plus if you win it.

Logic should say that winning it would elevate your commercial appeal globally as opposed to offseason tournament visits like the Intercontinental Champions Cup — most commonly referred to as the “ICC” — where you only increase your appeal in the tournament’s host country. That’s a career mode wishlist article in the making suggestion, but it would cool to use an MLS club and qualify for the CONCACAF Champions League, win it, and advance to a more authentic FIFA Club World Cup. Getting the Copa Libertadores license puts down a valuable corner puzzle piece. 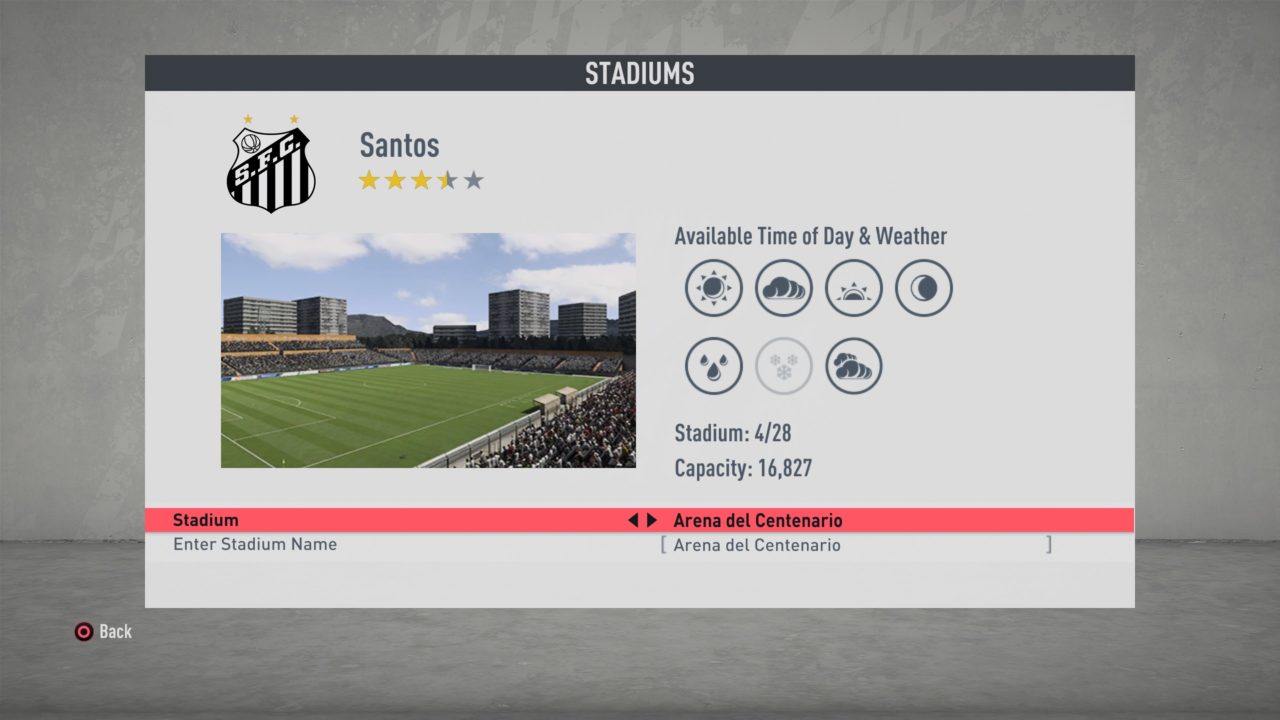 My biggest question right now is, does fully licensed mean that all of the clubs competing will be officially licensed in FIFA 20? Will a club like Argentinian giant Boca Juniors, not currently licensed in FIFA 20, have their world famous kits and current players? Will there be new authentic and generic stadiums added? La Bombonera and El Monumental in Argentina? La Maracana and Morumbi in Brazil. These are massive cathedrals rivaling Europe’s biggest stadiums. Atmosphere and passion are what drive Copa Libertadores, and if it’s not replicated in this DLC it will be very disappointing.

What’s your take on EA’s purchase of the Copa Libertadores?