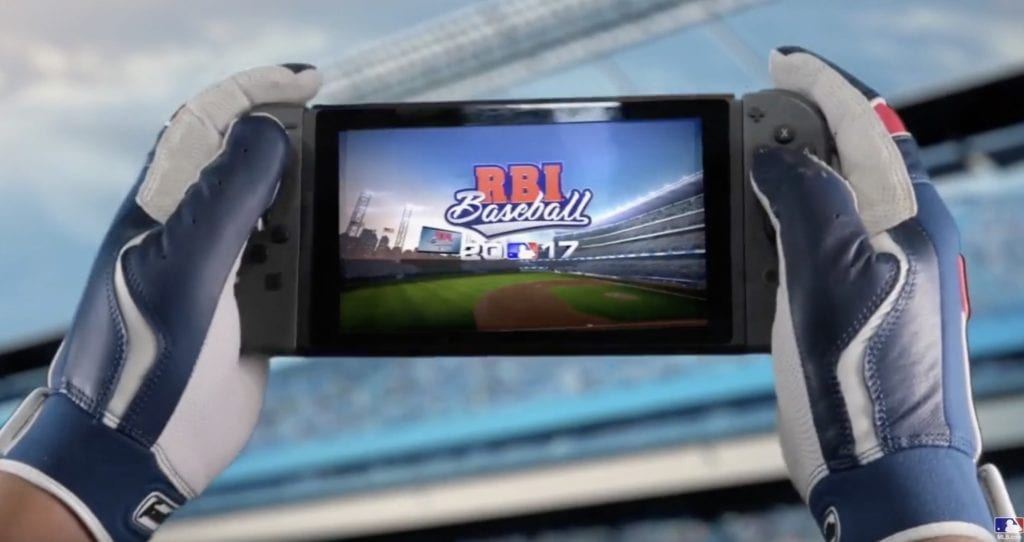 There was a time when we had 4-5 baseball games release every single season. We could look forward to the developers pushing the genre in different ways and had a selection of quality baseball games to choose from on every console. Those times are gone, and now we’re mostly left with the PS4 juggernaut that is MLB The Show. That’s left Xbox, and now, Switch owners out in the cold for MLB baseball games. Super Mega Baseball has filled some of the void by delivering a great baseball game, but it’s non-licensed and people still want the MLB players, teams and stadiums.

RBI Baseball 17 released earlier this year on PS4, Xbox One and mobile devices to less than favorable reviews.  It’s now been released on the Switch, how does it shape up and are there any improvements to warrant the $10 price increase for the Switch only? The quick answer, not good. When RBI was announced for the Switch, I had some excitement behind it. A baseball game I could play on the go with the other titles I have on my system. That quickly went away when I saw the price tag. RBI was released at $19.99 for both PS4/XB1 and can be had now for $10 on a pretty much regular basis. But for Nintendo’s console, the game launches at $29.99 for no given reason.  It’s only 2 GB in size, so it’s not the dreaded “Switch Tax” we’ve been hearing so much about, it feels like a blatant cash grab game capitalizing on the smaller amount of games available for the console.

The gameplay itself is a throwback to the old RBI Baseball games on the NES. All the players look the same, there’s no commentary, there’s no real reason why anyone even plays better than someone else. There’s no editing of any team or players, even in franchise mode. There’s no stamina either for players, so your starting 9 won’t ever miss an inning of play all season if you are so inclined to actually play 162 games.

On top of it all, the game which seems to want to be an arcade-sim fusion, takes forever to finish a full 9 innings. Everything just moves slow. I timed my last game and it took 41 minutes to complete a full 9 innings 5-2 win. With The Show and using quick counts, I completed a game in 28 minutes using the same teams. Granted, not an exact science, but you get my drift.

There’s unfortunately not much to like here. If you want a baseball game on the go, I’d recommend buying RBI for your phone, same game and it’s only $4.99 compared to this $29.99 price point.  I see little to no redeeming qualities in this title and unfortunately it strikes out on three straight pitches.