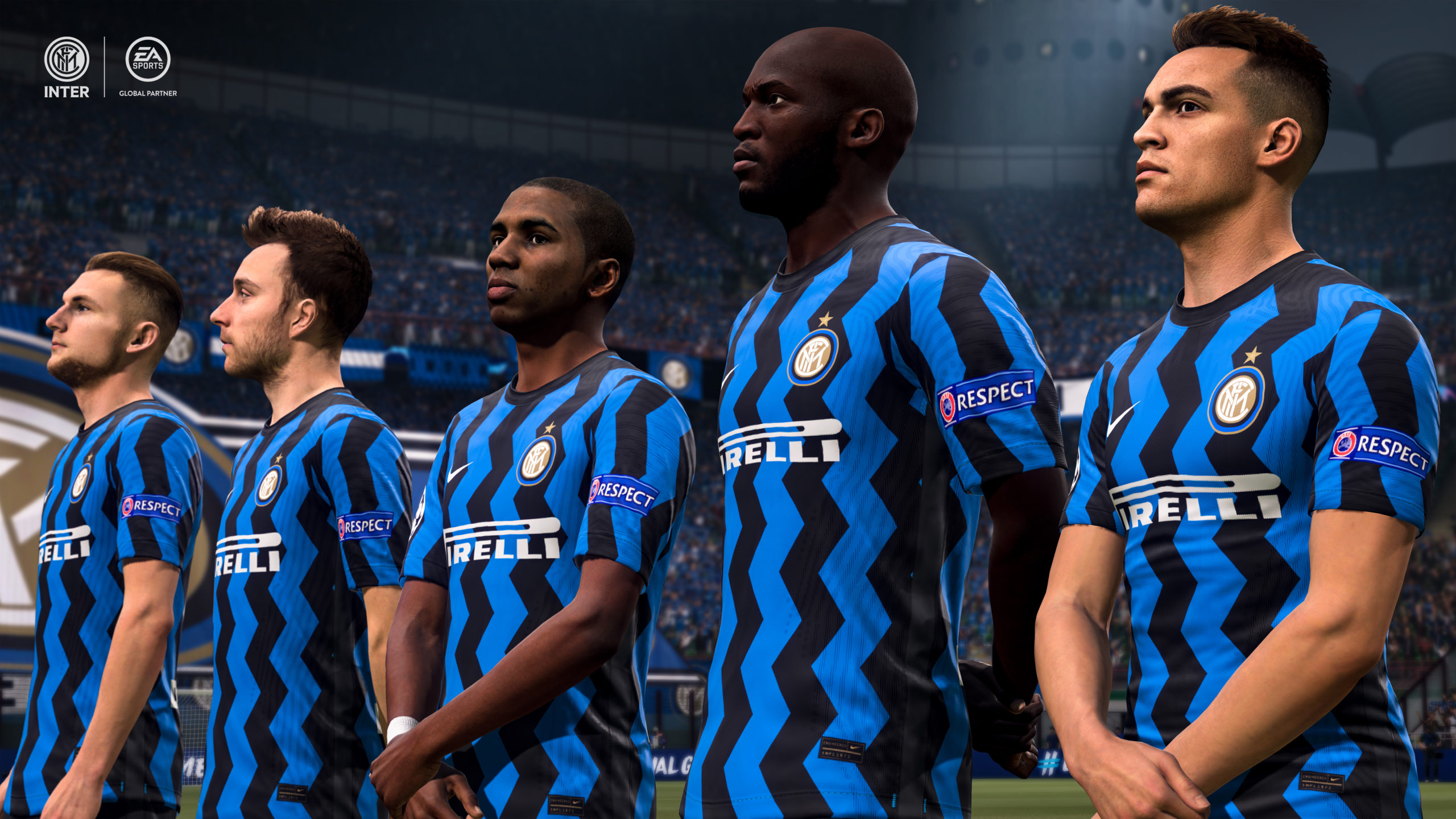 To say I was disappointed in FIFA 21 would be an understatement. Leading up to its release, EA was extremely transparent in its Pitch Notes series, which built up expectations that they mostly did not deliver on for me (at least on the pitch). While Career mode got some great upgrades, the gameplay on the pitch suffered from some pretty glaring issues, namely the lack of midfield awareness by the AI (both your teammate AI and the CPU). While the slider guys are working overtime to ensure that we have a realistic experience that mirrors what we hold near and dear to our OS hearts, the truth is that they shouldn’t have to. Sure, issues like positioning and runs off the ball always need a little love and attention, but glaring issues shouldn’t fall to the feet of the community to address. Be that as it may, post-patch FIFA 21 now includes two major patches (Title Updates 3.1 & 4), so it’s time to see if FIFA 21 has improved.

In looking at the two sets of patch notes, there’s a lot to address. Much like Madden 21, FIFA 21 seemed to release with a host of bugs. For the sake of brevity and there not being enough coffee in the world to get through them all, we’re going to focus on the major fixes aimed at gameplay. Career mode has also received quite a few updates, which we’ll get to at some point when we take our deep dive into that mode once again

Adjusted referee logic in potential yellow card scenarios, with the intent of reducing the likelihood of a yellow card being given.

FIFA 21 had a real issue at release with fouls. For starters, they were far and few between. Given how responsive FIFA is in general and aided by the new agile dribbling system, it’s very hard at times to get close to the AI players when they’re on the ball. They’re typically no-nonsense in the midfield when it comes to dribbling, opting for quick passes while saving the dribbling for wingers and fullbacks. Well, post patches, fouls are noticeably better. Not only in the highlighted change from Title Update 4 noted above, but just in general fouls seem to be called more frequently when they actually occur. “Afters” (leaving a foot in after a tackle) seem to draw the ire of the referee more frequently:

Through passes would sometimes result in a short pass in inappropriate situations. Made adjustments to receiver selection for through passes, to result in more desirable receiver targets.

These two changes from Title Update 3.1 are immense, especially for Pro Clubs players like myself. The amount of times your through ball would either go short or to the unintended target was enough to frustrate the most patient of players. This issue would always pop up at the worst time — just as you were trying to play that killer through ball to unlock the defense — and the directional arrow available through replay would often show you pressing the right direction for your pass only to see it go elsewhere (see Pro Clubs teammates, it wasn’t my fault!).

Sometimes, players would not follow the optimal running route when approaching the ball for a shot or pass, resulting in an unresponsive action.

No matter how much EA wants you to control nearly every action on the pitch, there’s still a huge reliance on “locking on” out there. You rely on these moments where your player locks on for 50-50 balls as you would rarely get there first if the game didn’t give you a “nudge” in the right direction. Having your player start off with the optimal route/angle only helps to even the playing field.

Sometimes a requested clearance would result in the ball trajectory going in an unintended direction. The ball would sometimes have an unrealistic vertical trajectory in situations where two players contested a header.

One of the legacy issues that plagues FIFA to this day relates to ball physics. Unnatural ball trajectories, the infatuation with goal posts and many other “FIFA Moments” show how poor ball physics are. Just searching YouTube and Twitter brings back these kind of results

Until EA figures out ball physics, something the developers had done fairly well in the past, FIFA will continue to struggle to visually resemble soccer.

Reduced the amount of time it takes for a player to recover from a block animation.

One of my least favorite things about FIFA 21 is the overpowered ability by the AI to block shots. CPU defenders are downright psychic when it comes to sticking a foot/leg out while you’re shooting. Perhaps it was done as a way to help balance the attacking side vs. defending, but not only do defenders still stick out legs like a prime Carlos Puyol, they also recover in no time.

The Instant Hard Tackle would sometimes result in the player lunging further forward than intended due to an animation inconsistency. The inputs required for an Instant Hard Tackle now need to be pressed within a shorter window of time, in order to avoid a button conflict with Secondary Contain.

I’m lumping these two together as they both are aimed at addressing tackling, something I’m not too fond of this year for many reasons. First and foremost, the input lag when tackling is the reason why many players try to literally take the ball off the foot of the attacker. FIFA’s attempted to make tackling more stat based, as in players with higher tackling ratings get access to tackle animations at a more rapid speed. While it’s a good idea in theory, any player from the heights of the Premier League to League 2 is capable of putting in a challenge. Tackling skills should be a combination of timing (button input) and ratings (how cleanly the player should attempt to take the ball).

What Was Not Addressed

Unfortunately, the main issues in FIFA 21 have not been addressed. Firstly, man-marking, particularly by midfielders tracking runs as well as defenders having trouble with deciding who to mark while taking poor angles, have not been fixed. While the slider guys are still hard at work trying to improve the game for us, there’s little they can do without an assist by EA.

The community, as always, seems to be split on this. The esports crowd wants everything to be centered around user control and having the smallest amount of assistance, while offline users want a little more help from their AI teammates. Look, I make no bones about it, I’m firmly with the offline crowd on this one.

I have no issue with esports, but I would like the game to reflect actual real footy. FIFA’s not a soccer simulation. It’s more of a card trading arcade game now, which is fine as long as EA gives us the tools to customize the game to our liking offline. What is disappointing is the notion that it’s okay for your AI teammates to basically be bystanders.

Imagine playing NBA 2K and having your teammates slack off when defending. Off-ball help? Nope! Defensive rotations? That’s on you now! Legacy defending definitely helps out in this area, but what often occurs as a result of poor AI is you end up using the second pressure button, which pulls your players out of position and leaves gaping holes for the AI to exploit. There’s no Band-Aid solution for this. If it’s tied to ratings, which is the belief of a lot of folks, the ratings threshold needs to be reduced so that top defensive players like Achraf Hakimi aren’t the only midfielders tracking runs.

Is FIFA 21 better after these two patches?

Yes, it is. Apart from the laundry list of bugs that are fixed, the gameplay is better off now compared to release. At times, the game plays really well, especially when playing with more recognizable teams and players as that’s normally where the ratings focus is centered. It’s just the few moments here and there where the game breaks down because of its suspect defensive AI that still bugs me. Going back into replay to see where your defense broke down is frustrating when this issue pops up. It’s unknown how the move to next-gen systems will affect post-release updates but it’s hard to imagine EA ignoring its cash cow, FUT. But, hey, maybe they throw us all a bone and turn up the defensive AI!