The eFootball PES 2021 Season Update released back in September and the general consensus was that it was one of the strongest PES releases on this generation of consoles. Despite being advertised as only a glorified roster update, PES 2021 saw some nice tweaks in the gameplay department. While the modes didn’t receive any notable additions or tweaks, smaller changes to the gameplay have really made this a good game of footy.

Now if you’ve been around the PES block a couple times, you know the uncertainty when it comes to Data Packs (DP). On the surface they seem like roster updates and cosmetic changes (new boots, faces, etc.) that you can find details about here but experienced PES players know that there’s always some tweaks under the hood.

We had to wait a long time to get this data pack so it’s time to see what’s going on with these PES 2021 Data Pack 2 impressions. 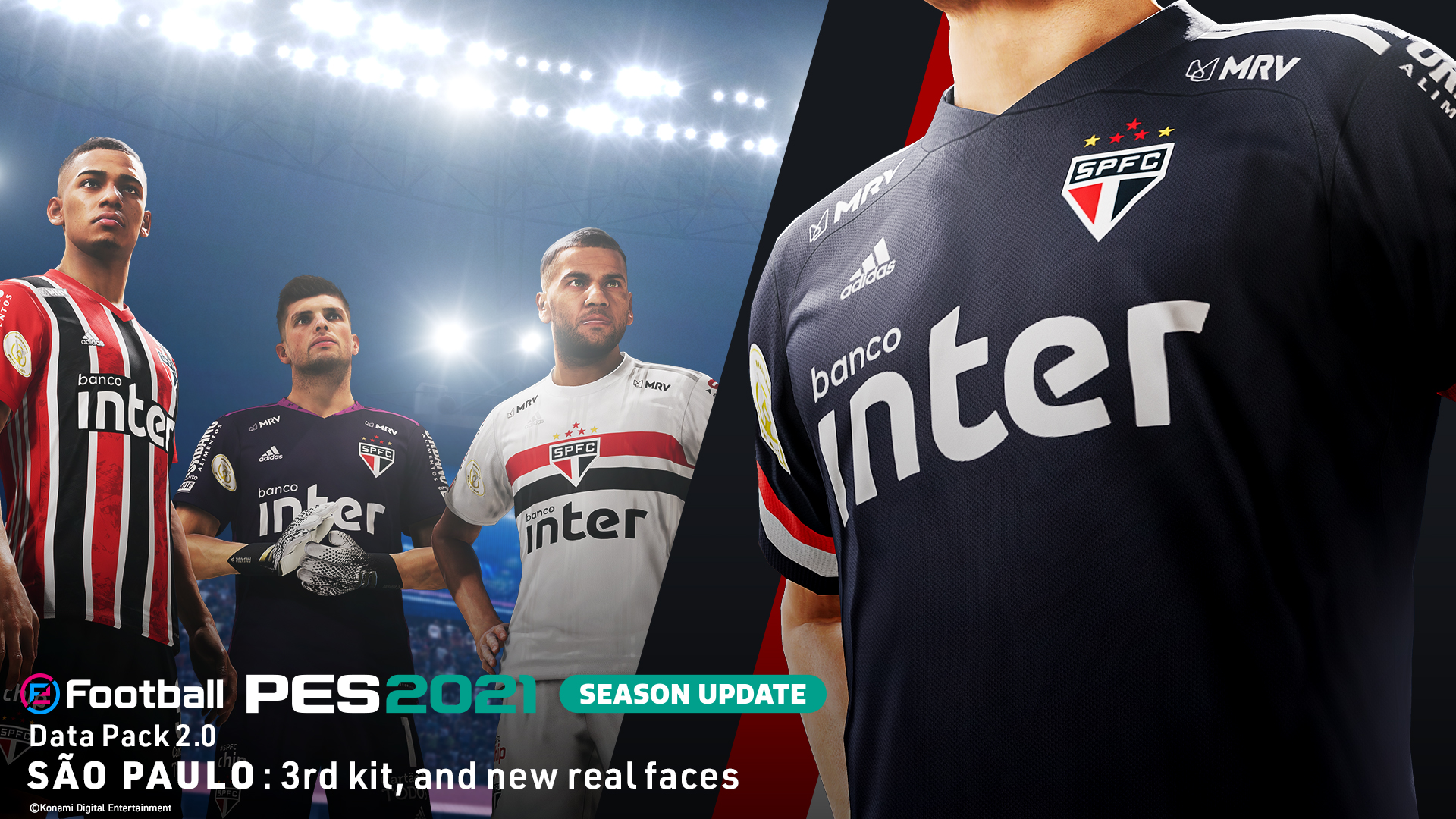 Konami Didn’t Mess Anything Up!

Sounds crazy right, but the best thing about Data Pack 2 is that the game came out on the other end playing better. Instead of going overboard and catering to one set of players over the other, Konami stuck with the original game plan and tuned the game for the better. Last year, Data Pack 4 was when the game was at its best to me, but all of that good work was quickly undone by Data Pack 5, which took the realism out of the game. It decreased player awareness, which at times can be incredibly frustrating in PES.

Right off the bat, I noticed that my first touch was more realistic. Balls hit to your players no longer stick to their feet and sometimes you need to take several little touches before they can control the ball.

On the surface, this sounds like something that should frustrate players. However, first touch error brings a lot to the game.

First and foremost, it’s realistic. Passes that are hit harder to you as the ball receiver should be harder to control, and you should have to alter you next step if your touch is heavy. Secondly, it helps to bring a bit of “ugliness” to the game in a good way. This ugliness helps to slow the game down and bring some error into it. Lastly, it helps with fouls as a poor first touch can lead to a 50/50 ball, which could lead to a foul (more on fouls in a bit):

Look, it’s not perfect but since Data Pack 2 dropped I have been seeing more foul calls. This could be attributed to better foul detection by the referees or the good dribbling/enhanced responsiveness (more than likely it’s a combination of the two). No matter what’s at the root of it, the game is better because of it as fouls are such an important part of the game. Fouls really affect your defending, but in PES 2020 it felt like you could just rush in with no recourse from the ref much of the time.

I was even able to win myself a penalty, which as rare as seeing a clean sheet in the Premier League this year.

Two of the areas I really liked about PES 2021 when it released were dribbling and physicality. Dribbling felt good with dangerous dribblers because it felt like you had the defense at your mercy. In addition, PES replicated the physical battles very well despite the foul detection being a little off at release. With seemingly improved referee logic, the game post-Data Pack 2 just screams for you to get more adventurous with your dribbler:

The little touches, and being able to ride challenges by using a defender’s momentum against him, feels incredible. But it’s not overpowered as weaker players, especially those with low balance ratings, can be pushed off the ball a little more easily than those with better ratings. The improvements to dribbling are not yours alone to use as the AI also takes little touches and uses the dribble as an attack method much more effectively:

Improved AI In Both Attack & Defense

Overall, the AI post-Data Pack 2 attacks in a better way. Difficulty is usually left up to the player but playing on World Class and above feels more natural. The ratings boosts that often occur in all sports genres seems reduced here, which helps to make defeats more tolerable. As I mentioned before, the AI in attack utilizes more skills, namely dribbles to bolster its attack. The CPU players are still direct when the opportunity arises, but when you cut off their options, they’ll play it patient and pass it backwards to go forward if their tactics don’t have “Long Ball” assigned. Once they get the ball in dangerous areas, they’re dynamic at times and really force you to defend.

It’s not just in attack where the AI shines. It’s also on the defensive side of the ball where they’re more engaged and defend better as a team. One of the constant challenges I hear from the community, and see while playing PES 2021, is how when you beat the first line of defense (the attackers) the game is skewed towards attack because the numbers favor the attack. Now this might be a product of some questionable formations assigned by Konami that push the attacks a bit too high up while not utilizing “fluid formations” to bring them back on defense, but I’ve noticed now that opposition attackers will do their share of defensive work

Notice how in this clip the intended recipient doesn’t give up. The ball into him is a poor one and is cut out by one of my defenders, but as soon as I pass it the AI shuts off my forward options and my delay on the sticks give the intended target a few extra seconds to catch up and steal the ball. In the clip above, the AI is set to “Front Line Pressure” and that equates to a high press but it’s noticeable post-Data Pack 2 how this defensive instruction seems to get the AI players to pressure — not only when the ball is in front of them — but also when they’ve been passed by.

We’re at a point now where video games are constantly being tweaked post-release. Those of us who remember the days of “you get what you get” seem like dinosaurs now as we rely heavily on patches to fix issues — while hopefully not breaking things that worked fine before. With PES, Konami is infamous for the latter, but fortunately Data Pack 2 turned a surprisingly good PES release into an even better game. With the rosters almost up to date (just waiting on a few last minute loan moves due to the late transfer window) and Option Files not really impacted, those of us who have waited patiently to start a Master League can now dive right in and experience the best gameplay PES has had to offer on this current generation of consoles.