OOTP 19 is scheduled to release on March 22. If you pre-order the game, you can get it for $35.99, 10% off the full retail price. You will also get early access to the final beta version on March 19, 3 days before launch.

Steam customers: Out of the Park Baseball 19 will launch on Steam on March 22 with a 10% discount. There is no pre-order available.

In addition, a reworked in-game screen enhances that “you are there” feeling for a better experience, whether you’re actively managing your team or watching the action play out.

Can the Houston Astros repeat as World Series champs or can the Los Angeles Dodgers make another run at the title? You can answer all those questions and more in OOTP 19.

Our brand new 2018 roster sets include all Opening Day MLB rosters, as well as the complete minor league system down to rookie leagues, including independent leagues. All major league (and over a thousand minor league) player ratings are based on Dan Szymborski’s popular ZiPS player projection system. The remaining minor league players are carefully rated by hand by our established research team.

Will Jose Altuve have another historic season? How will the New York Yankees’ slugging lineup, led by reigning NL MVP Giancarlo Stanton, perform? Will Max Scherzer win his 3rd Cy Young Award in a row? Can Evan Longoria regain his old form and make the San Francisco Giants a Will the Nolan Arenado-led Colorado Rockies improve on their 2017 Wild Card berth? It’ an exciting 2018 MLB season ahead!

Scouting reports have been completely rewritten, giving you a more detailed look at your players, with a focus on the most important aspects that you care about. Your scouts deliver information in clear and targeted ways customized to your desire.

The AI manages rosters and makes in-game decisions better than ever, based on the latest trends in the sport, including double switches, starter and closer usage in the playoffs, trades and much more. It can also now handle unique players, such as those with excellent hitting and pitching abilities. Shohei Otani, anyone?

In addition, the under-the-hood ratings module has been reworked to offer a more realistic and consistent view of players in the league.

Tournaments have been enhanced with two exciting new features: the ability create a standalone tournament bracket, plus the option to draw any teams in history into a tournament. The possibilities are endless! You can also create a special league with games manually scheduled through the regular season – modeling European football with multiple competitions and trophies within a calendar year.

You can now cast a full ballot for all the end-of-season awards, including MVP, the top pitcher and hitter, and other awards. Improved decision-making by the AI can lead to some close races for awards.

We have completely redesigned the interface and switched to a dark color scheme for the default skin. But no worries, we also have a light and a classic skin available. And on top of that, we added the option to select between six different fonts, so you can easily adjust the game interface to match your personal taste.

Every year we offer many smaller features, and OOTP 18 is no exception. It includes:

Finally, we have an exciting new online feature called PERFECT TEAM that we’ll unveil this summer, with an open Beta happening this spring. Stay tuned to learn all about it. 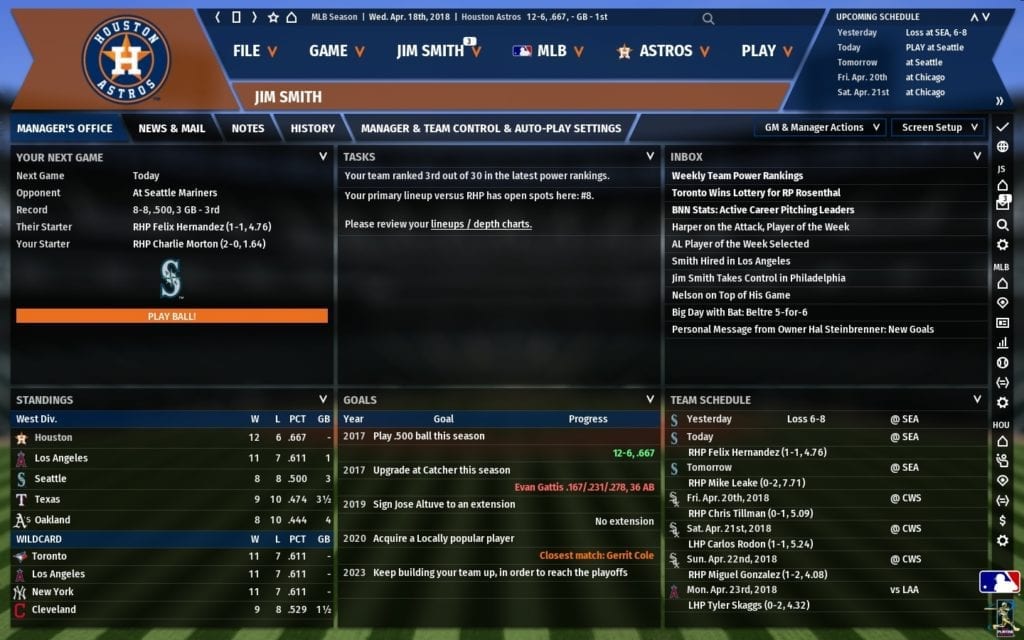 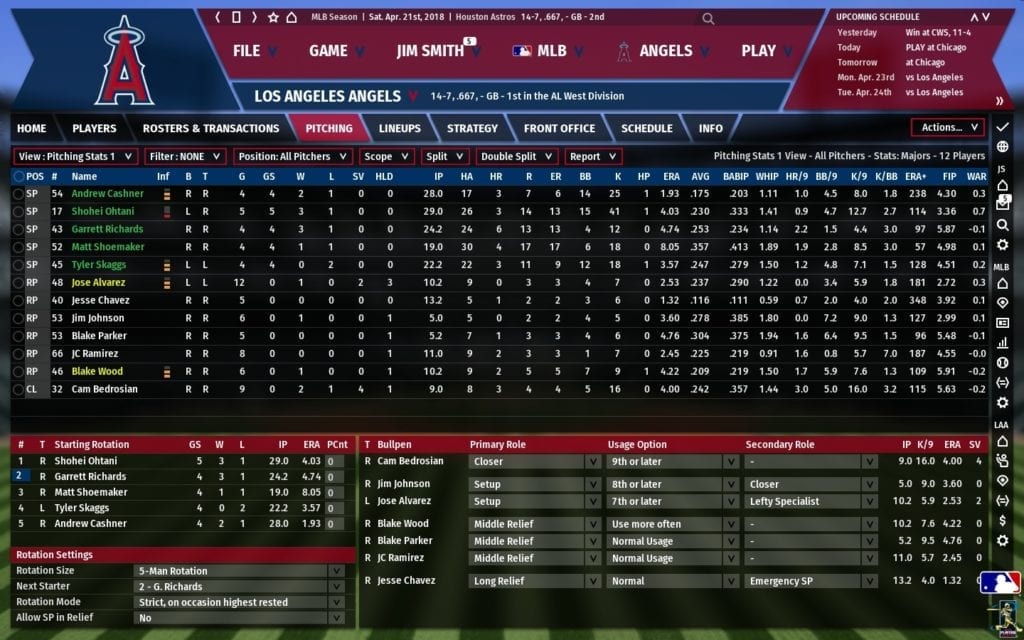 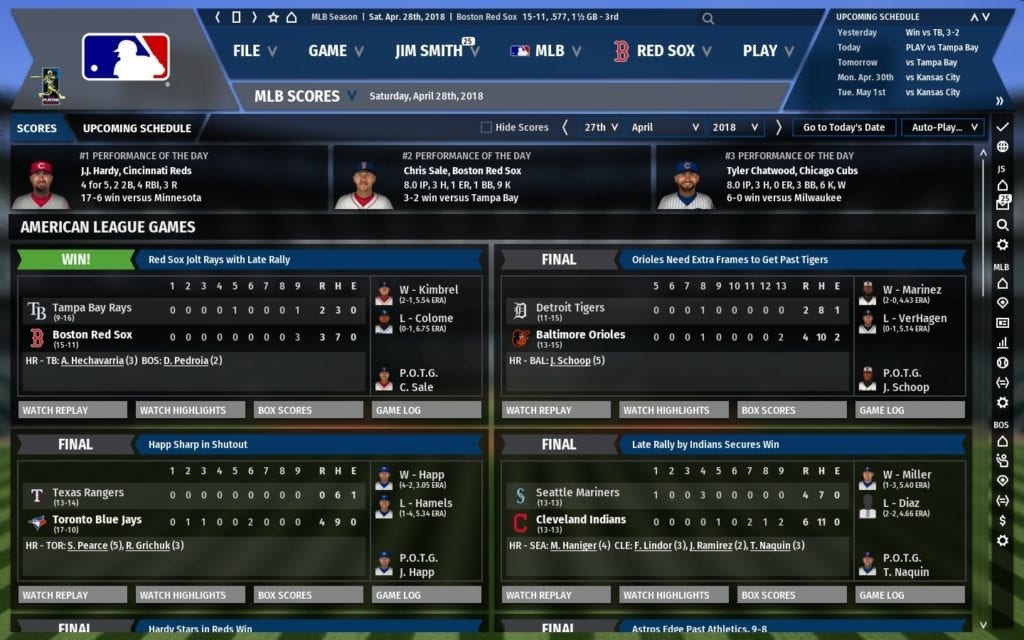 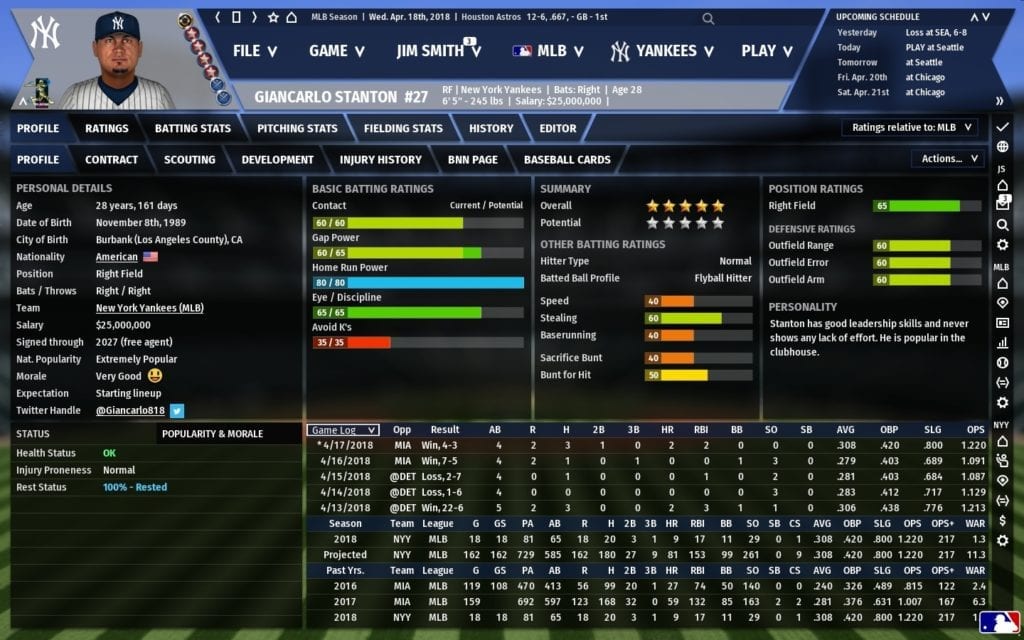 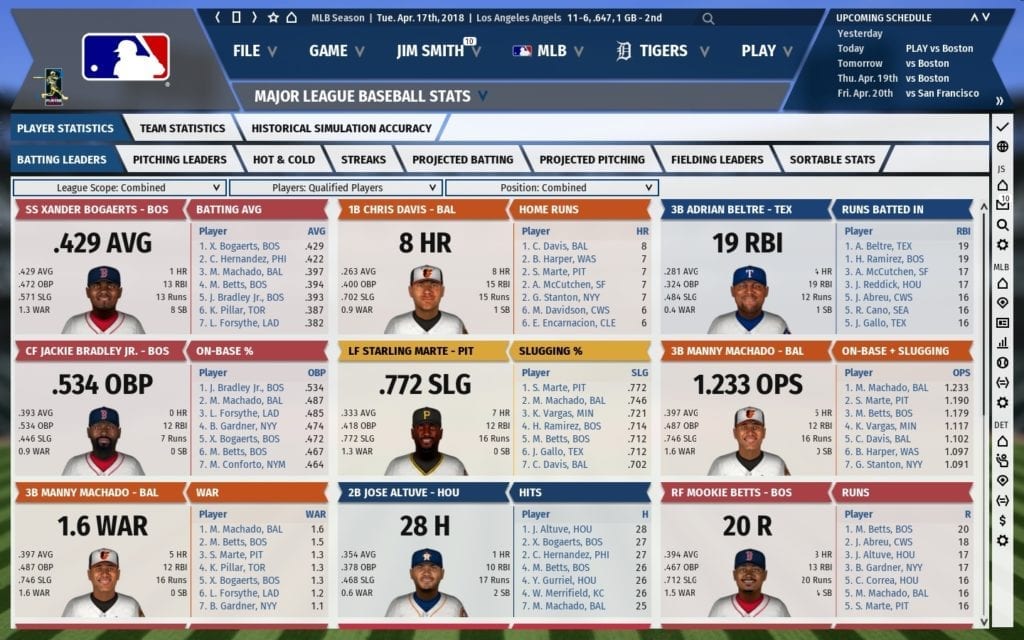 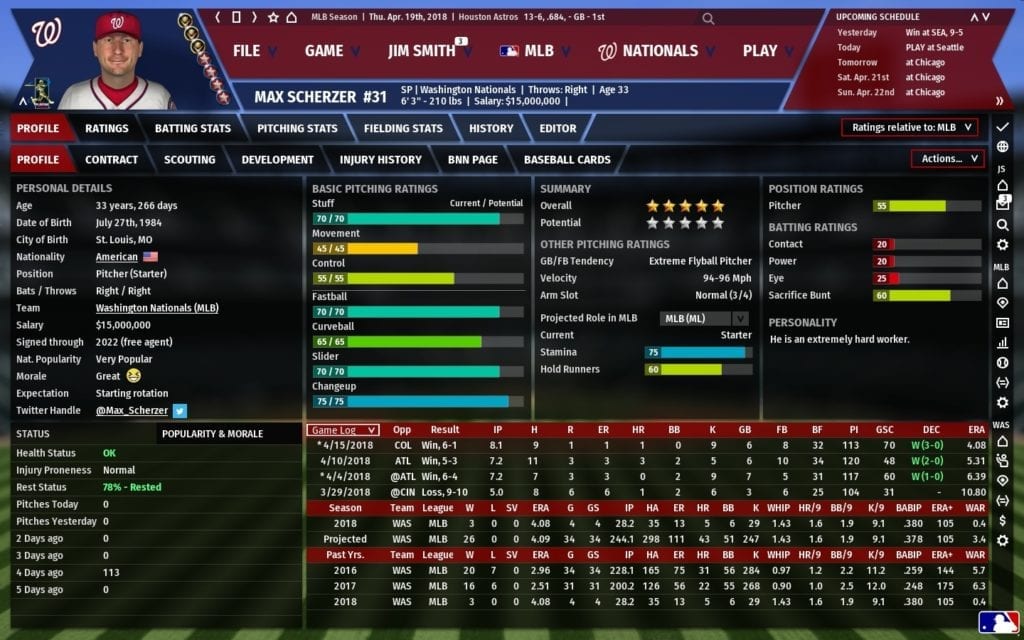 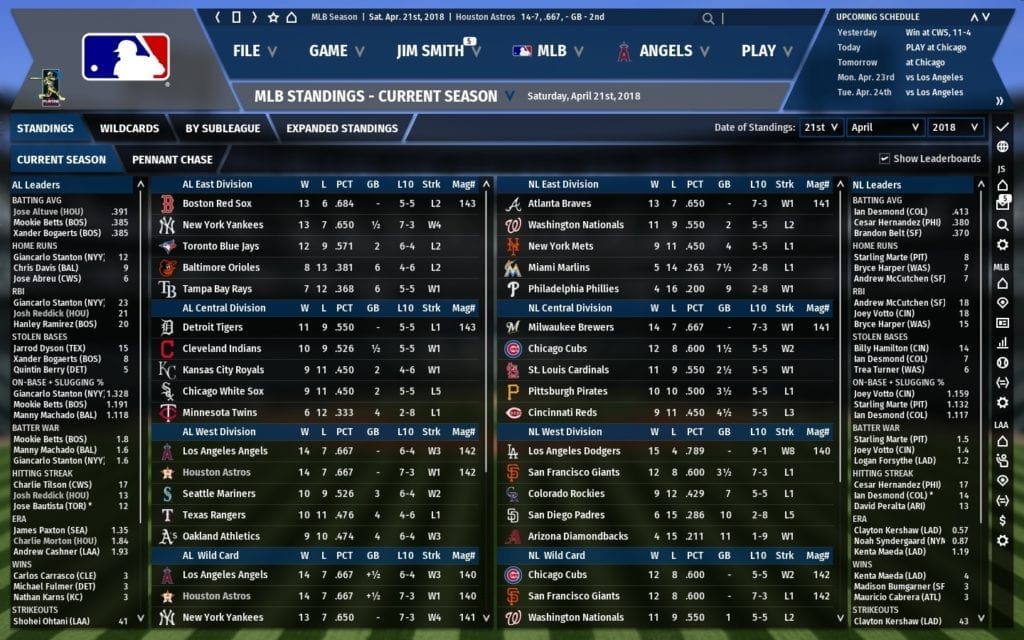 Cancel reply
Discussion
Click here to reply to the discussion
Continue Reading
You may also like...
Related Topics:mlb, ootp, ootp 19, out of the park baseball 19

Out of the Park Baseball 19 - Full Features Trailer