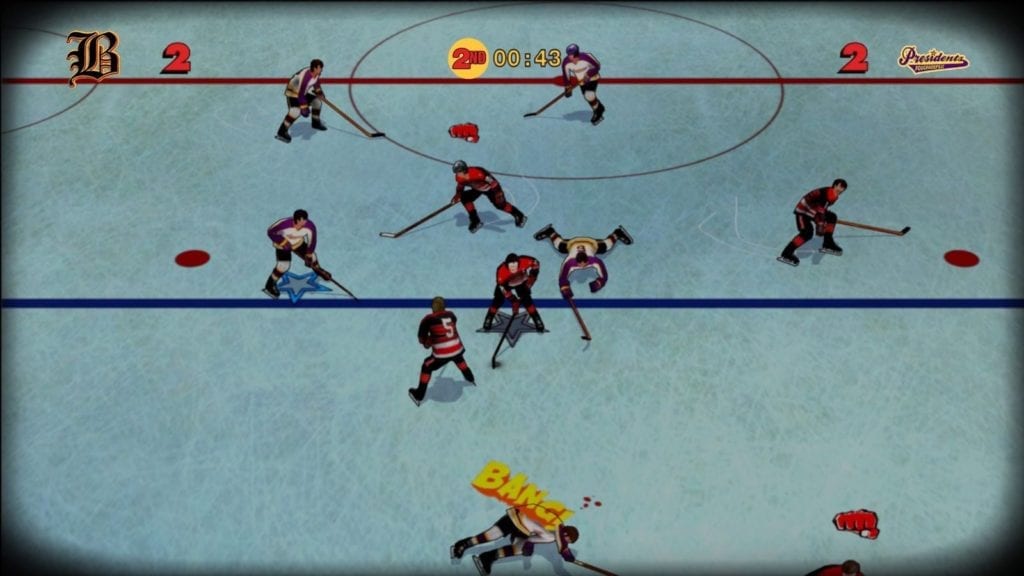 TrueAchievements have posted an interview with Mike Torillo, one of the founders of the studio for Old Time Hockey.

EA’s NHL series has held a monopoly of sorts over hockey in video games during the past few years. Other than its general appearance and tone, what is it about Old Time Hockey that you’re hoping will make it stand out on its own?

We think the game’s pick up and play style will help make it stand out. New and old gamers alike should be able to sit down and enjoy playing together. It was important to us that we delivered a great couch-gaming experience. We have fond memories of playing hockey video games on the couch with buddies and above all else, this is what we focused most of our attention on.

Story Mode drops players into the middle of a season of a last placed team. We don’t want to give away too much but there’s plenty of hijinx during the season. It’s meant for the player to feel like how it was like to play in the 70s. It’s a simple period piece reflecting things that just wouldn’t fly in today’s present game. Gameplay-wise, players are provided game objectives to complete to improve their team or collect hockey cards. We also have a mode where players can choose their favorite team to play a regular full season.

Old Time Hockey is scheduled to arrive for PlayStation 4 and PC on March 28, and sometime in Q2 2017 for Xbox One and Nintendo Switch.

Below are the PC system requirements.