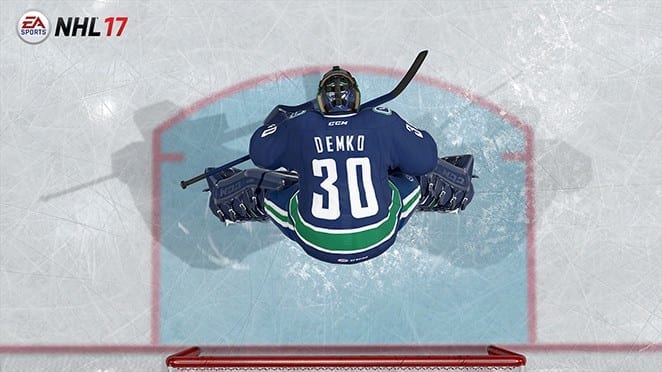 The November NHL 17 roster update is available now on Xbox One and PlayStation 4, updating the rosters to reflect the current lineups in the American Hockey League (AHL), Canadian Hockey League (CHL), and European leagues.

Highlighting the new roster update is Thatcher Demko, one of the top goalie prospects in hockey.

Demko, the 36th overall pick in the 2014 NHL Entry Draft, made his transition to pro hockey this year and is lacing it up with the Utica Comets in the AHL. While the 6’4” goaltender has gotten off to a slow start in the AHL as he transitions to the pro game, he is The Hockey News’ second best NHL goalie prospect and is found near the top in almost every goalie prospect ranking.

The young netminder has elite potential and is key cog to the future of the Canucks. If he develops to his full potential, he could be one of the better goaltenders in the game.

*NOTE: Your console must have an internet connection to download this roster update.