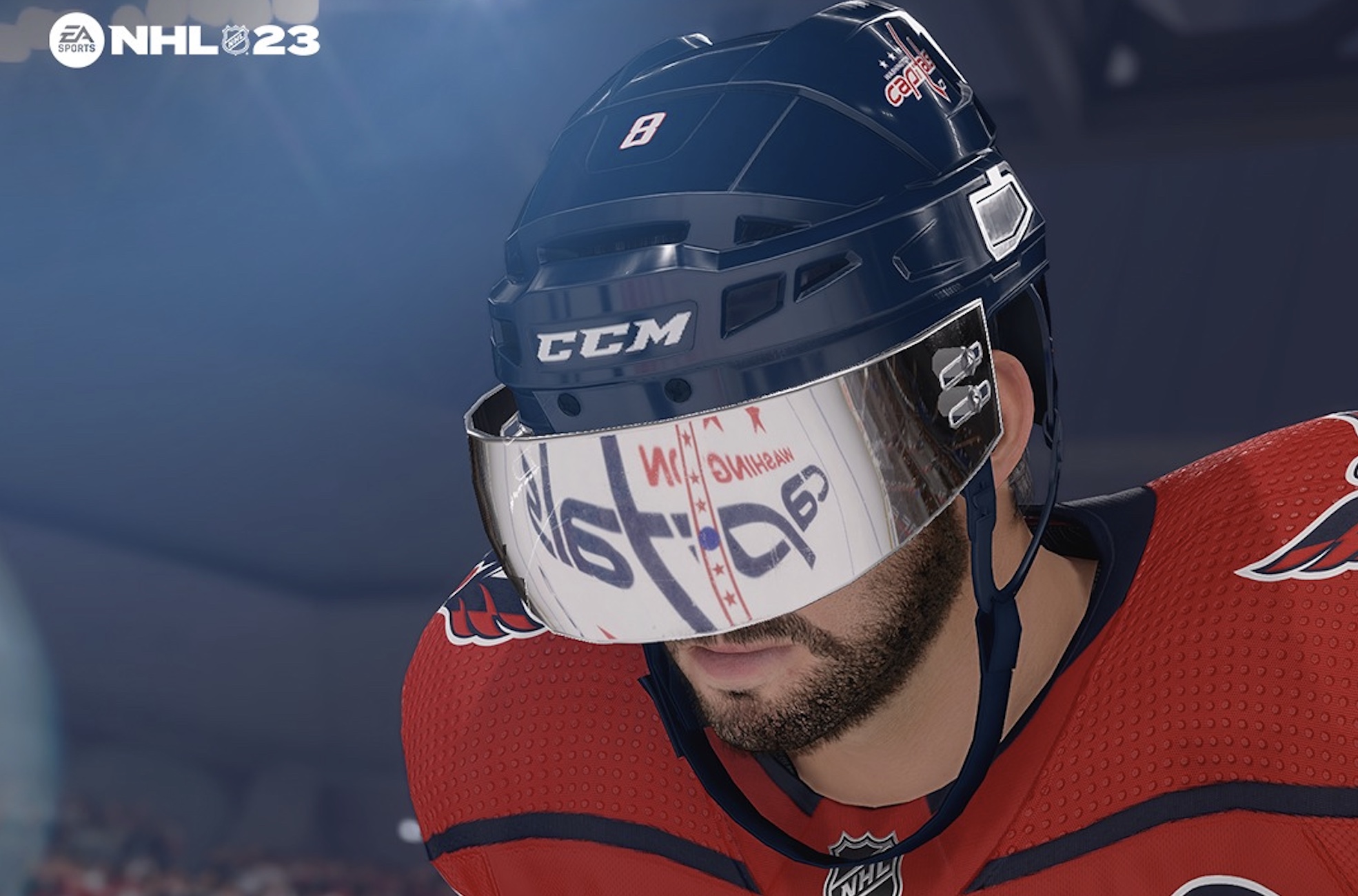 The recent release of the NHL 23 technical test over Labor Day weekend gave people who were fortunate enough to snag a code the opportunity to preview how the game is coming along ahead of its official release on October 14. While the technical test was limited to playing in the World of Chel and thus excluded any glimpses of 1-on-1 hockey where you can control every player on the ice, there was still ample opportunity to see where the series is headed.

The first thing that was readily apparent from playing just one period was that the game hasn’t been drastically altered from its predecessor in NHL 22. The accompanying feeling of disappointment started to dissipate some though once I played a little more and realized that, while there may not have been any major upgrades or overhauls to the visuals, there have been some small yet meaningful tweaks to how the controls and player builds balance the game. Most of these changes would seem to indicate that the series wants to emphasize scoring this year and make defense harder to play than it was in NHL 22.

Let’s go through some of the biggest impressions and takeaways from the short-lived NHL 23 technical test (could we at least have a week with it next time and not just one long weekend?) and draw some conclusions about where the series might be headed.

As part of a shift to a more offensive brand of hockey, it looks as if nothing will suffer the consequences more in NHL 23 than the defensive skill stick. A valuable tool in the past that could put an abrupt end to rushes coming into your zone, there have been some noteworthy changes that should prevent those who may have abused its power in the past from doing so going forward. For starters, your skating speed is now significantly reduced compared to last year when holding out your stick on defense, meaning you can’t just skate around wielding it while hunting for the puck without the huge risk of a puck handler speeding right past you.

Even unleashing a simple poke check requires better timing and positioning as you can no longer count on its ability to knock the puck off a player’s stick unless you’re in an ideal spot to do that. This all makes it more important than ever to stay disciplined on defense and not find yourself straying from your assignment or zone because one little misstep can be the difference in allowing a prime scoring chance.

A change that’s both exciting and somewhat worrying within the World of Chel is increased flexibility in using the mode’s archetypes to mold yourself into the type of player that you prefer to use on the ice. In the past, you were rather constrained by the amount that you could manipulate the attributes for your player build, putting a ceiling on how much you could boost skills depending on your size and archetype.

This new malleability facilitates creating the kinds of players that were previously impossible to conjure, like speedier defensemen and forwards who can fly around the ice without being toppled by the slightest touch. Of course, you’ll still have to be willing to sacrifice certain attributes in order to become elite in the areas that you want, but these changes should foster variety in the kinds of players you’ll see in the World of Chel.

The worrying part is that this could instead end up leading to an imbalance among builds and have the community unanimously settling on one super-build that’s daunting to defend against. It will be interesting to see how this plays out once some of the elite players have more time in the lab to test out which archetypes have the potential to be the most dangerous now.

When you compare the flow of a real hockey game to one that you see in the video games, the reality is that the NHL series has pretty much always skewed towards a faster and more arcade style than you see in the actual NHL. This is why you’ll find that most NHL 22 slider sets geared towards having the game play more like a simulation recommend targeting the speed of the game in general if you want to inject realism.

NHL 23 appears to have taken a step in this direction on its own with how speed and acceleration were both noticeably reduced within the technical test. This makes it imperative now to find some space on the ice to operate, execute strategies and dekes consistently, and deliver smart, crisp passes if you want to create offense. The less frenetic pace also helps to eliminate the kind of comically violent collisions you’d see in the past where a body check could prove capable of sending a player flying all the way from one blue line to center ice when struck at the right angle. This will probably entice more people to add some speed when creating their build in order to help combat against the game around them slowing down.

The reliability of goalies has been spotty throughout much of the run of the NHL series, with some entries having them allow too many soft goals and others making them stand on their head to stop everything that comes their way. The AI goalies in the NHL 23 technical test represented both of those two extremes at various times, capable of making superhuman saves one moment and then proving to be as porous as a sieve in the next. They show promising signs of anticipating one-timers earlier and sliding across to deny the deadly cross-crease passes that could constantly elude them before. On the other hand, they seemed inept at getting themselves in front of any deflected shots from the point, making a strategy of throwing pucks at the net and hoping for the best a surprisingly viable one. It was also easier to deke goalies out of their shorts on breakaways and get them out of position so you could tuck the puck into the back of the net.

In my short amount of time with the game, I didn’t see all that many instances where new last chance animations that allow players to get off a pass or a shot after taking a hit were on display. This is probably a good thing, since we don’t want this to become such a commonplace occurrence that it loses its own intention of seeing something special.

It’s a little hard to tell from playing a technical test where you were only provided access to the World of Chel and not any of the 1-on-1 modes like versus or HUT, but there’s at least reason for optimism that the AI-controlled players will be a little smarter in NHL 23. In games where you weren’t able to fill a whole team with users in 6-on-6 or when one dropped out in the middle of a game, the AI replacements were less prone to making idiotic decisions and becoming a liability.

The technical test was yet another indication that the cross-platform play that will be included in NHL 23 when it’s released should be an invaluable addition. Even though devoted fans of the series were being given just a short period of time with a preview of the new game, it was still hard to fill dressing rooms for 6-on-6 games and often required trying multiple times if you wanted to get a game started with users only.

It can’t help but be a letdown to see the same old in-game presentation from NHL 22 in NHL 23 without nearly enough new wrinkles to separate itself from the prior game and feel like much of an upgrade. This extends to the menus and UI as well, where a new coat of paint would go a long way in transforming the navigational experience into something unique. Perhaps this will change and EA is only waiting to unveil these updates when the game is released, but it doesn’t leave the best first impression upon the community.

While it’s tempting to look at the subtle changes evident in the NHL 23 technical test and suggest that these kind of advancements are so insubstantial that they could have just been included as part of an NHL 22 patch, that level of severe criticism might be a little premature. Those hoping that the series would make strides in becoming more of a hockey simulation should be pleased by the way the game has slowed down considerably and will urge you to get creative about how to score goals. Increased flexibility within the archetypes in World of Chel will likely lead to more variety among the builds people use and deem effective. With the style of play in the technical test clearly favoring the offense, we’ll have to watch to see if EA shifts that balance at all based on feedback or if players will instead be forced to adjust to the new normal.