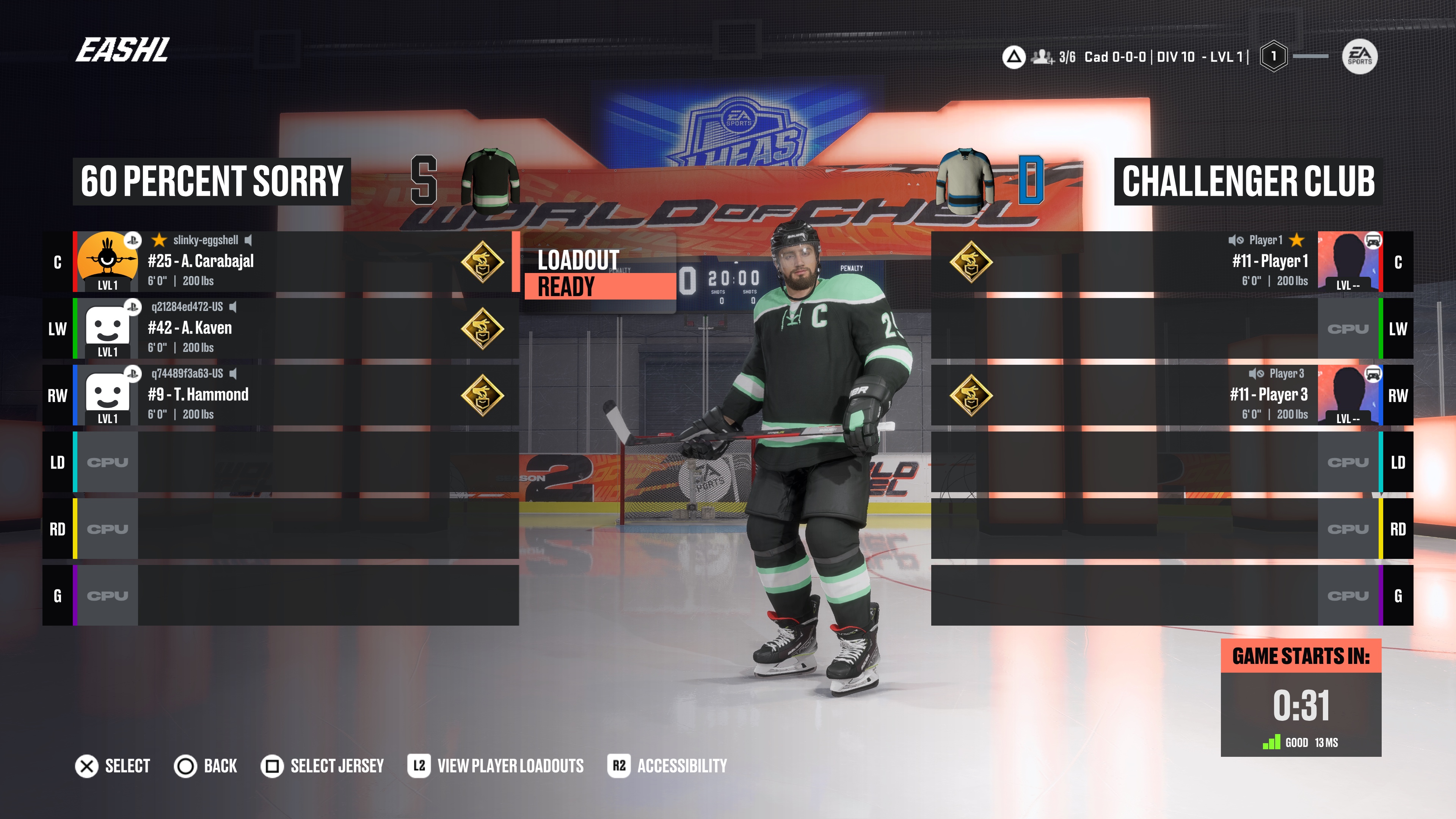 NHL 23 patch 1.3 is scheduled to arrive tomorrow in preparation for cross platform matchmaking support. Players will soon be able to play vs. others within console generation, increasing the player pools for Hockey Ultimate Team and World of Chel. Those are the only game modes that it will support for NHL 23. The team will be looking to improve crossplay features in future EA Sports NHL titles.

UPDATE: (11-17) Cross platform matchmaking is available in HUT Rush and Ones Eliminator modes.

Cross-Platform matchmaking will be available in all online World of Chel modes and Hockey Ultimate Team but will not allow for cross-console invites and will not affect the HUT Auction House or HUT Leaderboards. (via FAQ)

UPDATE: (11-28) Cross platform matchmaking is available in all NHL 23 World of Chel and HUT game modes.

Support will slowly roll out over the next couple of weeks beginning November 17. Phase 1 will support Ones Eliminator and HUT Rush modes. Phase 2 will add 6v6 EASHL and 3v3 drop-ins starting November 21. Here’s the full rollout schedule. 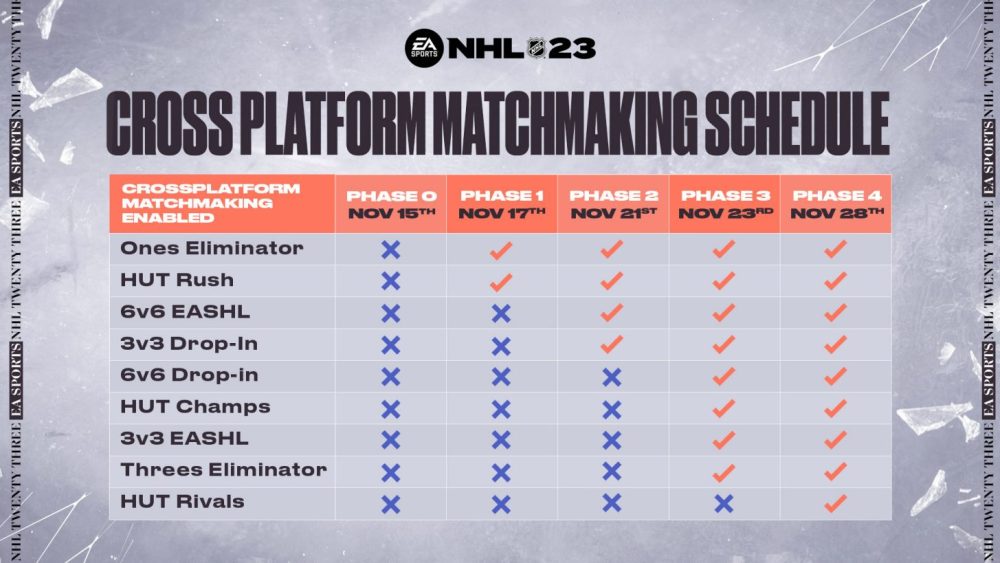 As mentioned previously, NHL 23 patch 1.3 is scheduled to arrive tomorrow, here are the patch notes.