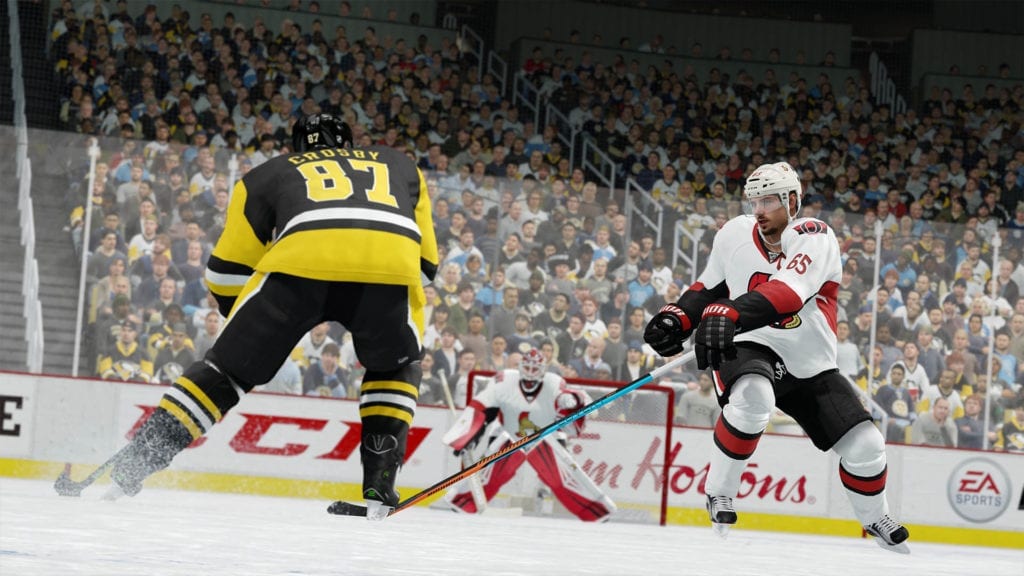 NHL 18 patch 1.03 is available now. As of this post, the team mentions that it brings general stability and bug improvements. No other specifics have been given at this time. We will update this post if we hear any more.