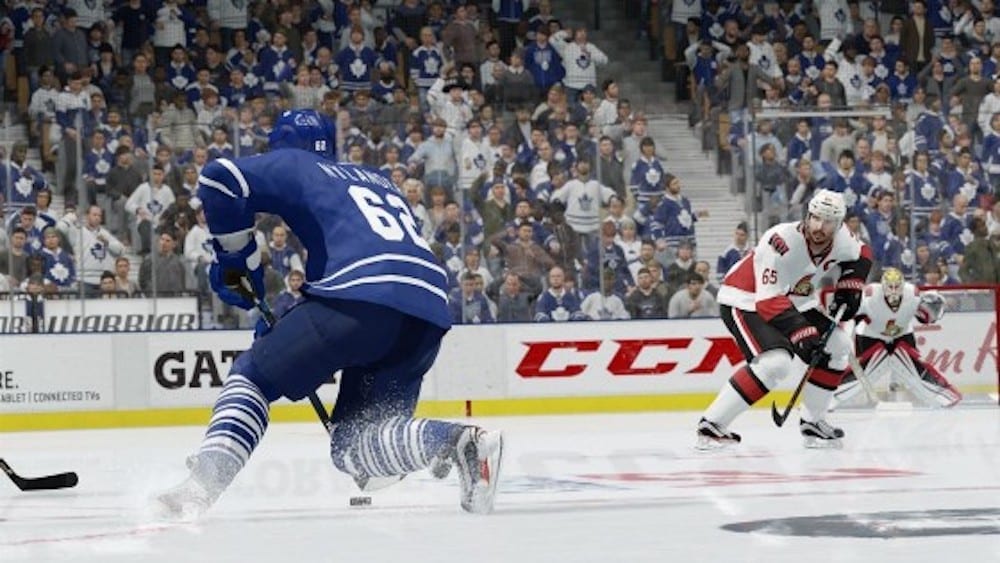 In case you weren’t aware, the embargo for NHL 17 reviews lifted earlier today. Our review is very much ready to go, but we’ve decided to keep it back in anticipation of tomorrow’s (September 9) newly announced pre-release patch. I will re-evaluate my thoughts after I have had a chance to get hands-on with the new changes.

So, while we wait on the big patch to finalize the review, here are a few quick impressions of the game thus far:

–NHL 17 is not a revolutionary update for the series, but the subtleties in its gameplay provide a more realistic experience than ever before. There are a few downsides to mention, and I’ll go into more detail about them based on what I find in tomorrow’s patch. However, the on-ice experience is largely impressive, and although you might not notice all the new improvements right away, they’ll soon present themselves as you delve into the game’s vast array of modes.

-Speaking of game modes, there’s a lot of content on offer this year. Nearly all of it hits the mark, with just a few misses to mention. franchise mode, EASHL and Ultimate Team largely take the plaudits, with the latter undergoing a particularly impressive overhaul. Ultimately, the majority of modes incorporate well designed features to provide plenty of longevity.

-Customization is a big feature in this year’s game, and it provides a genuinely enticing reason to progress in EASHL, where new features must be unlocked through progression. It’s also a big reason why relocation in franchise mode is such an enticing prospect, putting every tool at your disposal from the moment you negotiate terms. The arena creator is the main highlight, offering all sorts of possibilities to create a customized masterpiece. Player and team-creation features are a little less impressive, but they’re still an important part of the overall package.

-In terms of presentation, there isn’t a whole lot to talk about. Unfortunately, progress appears to have stagnated in this area over the past twelve months. There’s nothing particularly offensive about it, but it’s clear there’s more potential to create a sense of varied immersion from mode-to-mode.

That’s all I’ll be saying for now, but I’ll go into much more depth when the full review is released over the next couple days. In the meantime, let us know your thoughts if you’ve had a chance to get hands-on during the EA Access trial period.