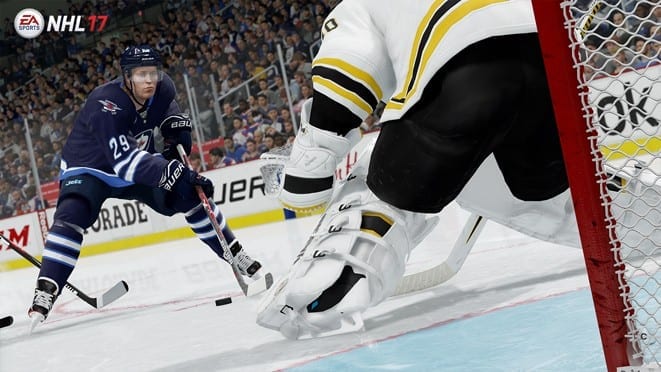 Another NHL 17 patch and tuner update is scheduled to release tomorrow morning. The update will also include a new game mode, Hockey Ultimate Team – Competitive Seasons. Read all of the details below.

UPDATE: (1-19) The patch is available now for both PlayStation 4 and Xbox One, weighing in at just over 300 MB.

Competitive Seasons is a new game mode which allows players to compete in a “monthly” season format to earn in-game rewards. Each monthly season consists of rounds. Complete three games to earn round points which determine your ranking on the Round Leaderboards. At the end of each round, you will earn a reward as well as Season Points that count towards your season total. Finish as high as you can in each round to accumulate as many season points as possible to earn a larger reward at the end of the season.

*NOTE: Rounds and Season durations are subject to change.

The following uniforms have been added:

The following arenas have been updated: