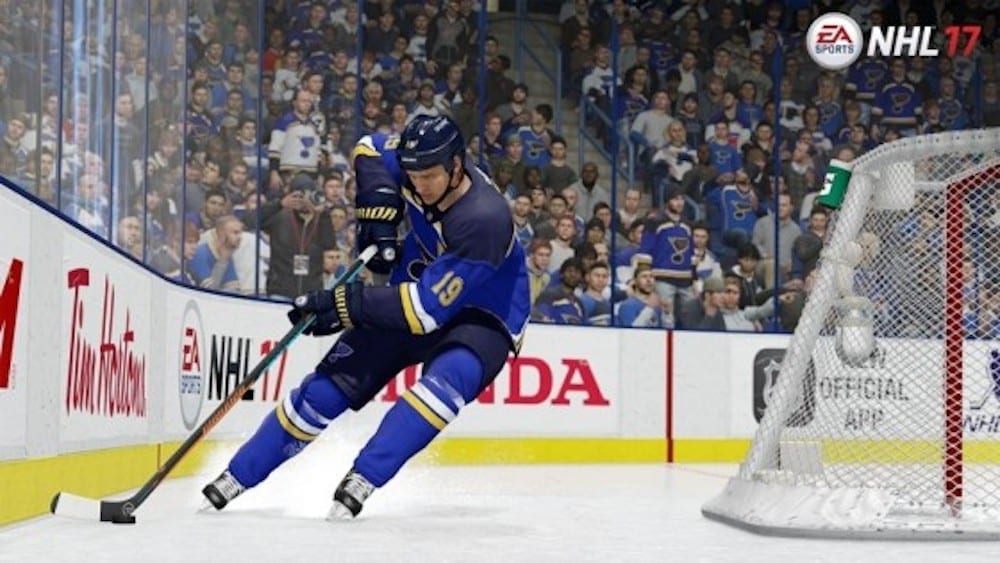 Like many of you, I’ve been delving extensively into the NHL 17 beta over the past couple days. Amidst the excitement of the brand-new EASHL customization features and Ultimate Team Synergy system, online versus has gone relatively untouched. Let’s be honest: It didn’t need a whole lot of work. Nevertheless, there’s also plenty to talk about from an on-ice perspective, so let’s pick out some highlights.

I might be an isolated case, but I suffered with minor latency lag when playing online versus in NHL 16. This year, it seems to have disappeared entirely, offering a totally smooth experience that is complimented by the introduction of a helpful connection meter. In the majority of matchups, I’ve noticed an initial second or two of lag after the opening faceoff. Whether this is a beta-specific element is yet to be seen, but if it results in a greater experience, I’m certainly not bothered by it.

Five minutes into the opening puck drop in my first NHL 17 beta game, I almost had to question whether I had downloaded the wrong file. On first glance, it’s very difficult to differentiate this experience from NHL 16. That’s not necessarily a bad thing — I thought NHL 16 was fantastic — I’m just concerned at how strikingly familiar it feels. For the hardcore fans, there’s enough to sink our teeth into, but for the casual fans who are currently playing last year’s iteration via EA Access, I worry they won’t be converted into veterans with such subtle changes on the ice.

The presentation aspects of the NHL 17 beta are also identical for the most part. There’s a chance we’re only getting a taste of the full experience, but for now, I can’t help but feel disappointed. The potential in this department is vast, but it hasn’t been realized to its fullest extent thus far. This is a beta, though, so I won’t make any final judgments for now. Goalies have been heavily improved, and they’re now much better at analyzing how to carry out their roles. In particular, it’s pleasing to see that fluke shots are often dealt with in the correct manner, unlike last year. Still, I feel goalies are too unbalanced and easily beaten on “normal” scoring chances, but that’s something that can be fixed later.

I’m particularly enthralled by the subtle changes in the puck control department. Now, players are much more intuitive when picking up loose pucks, extending their stick to make a desperate reach and keep the play flowing. Net battles are less in your face than I expected, and it’s going to take some time to realize their potential. It’s also worth mentioning that the AI has been noticeably refined yet again, while poke checking is much improved, too.

My personal gripe with the gameplay relates to dangling. There’s nothing more infuriating than trying to play a realistic passing game, only to be annihilated by a team of Skill Stick exploiters. All too often, it results in the opposition bouncing off seemingly perfect hits and performing unbreakable skill moves without as much as an unbalanced wobble. There are ways and means of dealing with these irritations, but they’re still far too prominent in my mind.

All in all, I’m excited for the release of the full game. I was a big fan of NHL 16, and I’m an even bigger fan of the NHL 17 beta, despite its minor flaws. My major concern at this point is the perceived on-ice similarities that will potentially cause the casual market to remain hesitant. But for me, September is shaping up to be an exciting month.