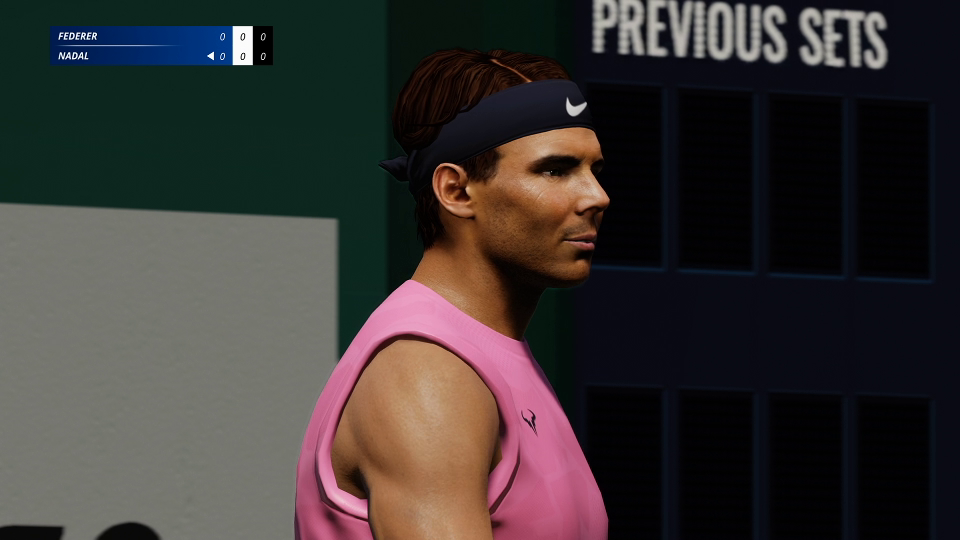 This discount might not be enough for some to take the plunge. Next-gen Tennis World Tour 2 feels more like the last-gen version with some nice new polish and additional content rather than being transformative or an all-new game. Though it may have taken a step forward with its presentation and its connection to the real world of tennis, it still seems stuck in the past due to some frustrating gameplay issues that can’t help but hamper the action on the court.

Let’s have a look at some of the ways Tennis World Tour 2 has improved in its jump to next-gen consoles, and then go through a couple things that are still holding it back from winning any Grand Slams this time around. 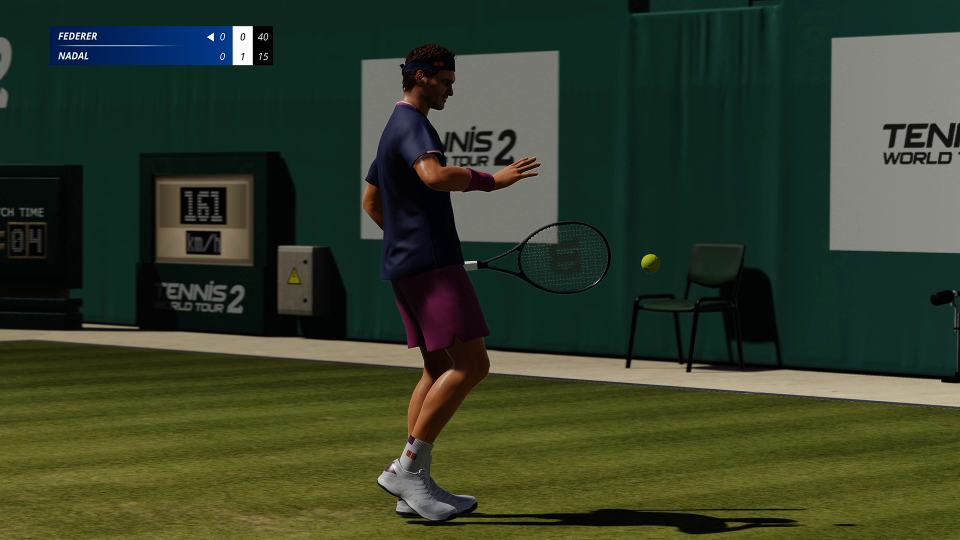 The player models still look like figures at a wax museum coming to life at times. That being said, all of the players do look and move a little more realistically than they did in the last-gen version of TWT2. There’s more differentiation in the ways different pros strike the ball with ground strokes and serves — or even receive serves. This means they’re even more recognizable now.

Over the course of a match, there seems to be a few more inserts and cutscenes of players responding to how a point has played out. These elements add another level of realism and help keep you invested in the heated competition. Naturally, you want to see players get fired up after winning a point in a long rally or disappointed when they sail a shot wide. Tennis World Tour 2 delivers those kinds of reactions enough of the time.

On top of that, simple things like your player getting balls from a ball boy, or grabbing a quick towel, or checking the tension of your racket’s strings between points are appreciated. It’s this kind of minutiae that really helps give off the impression that you’re watching a real TV broadcast. 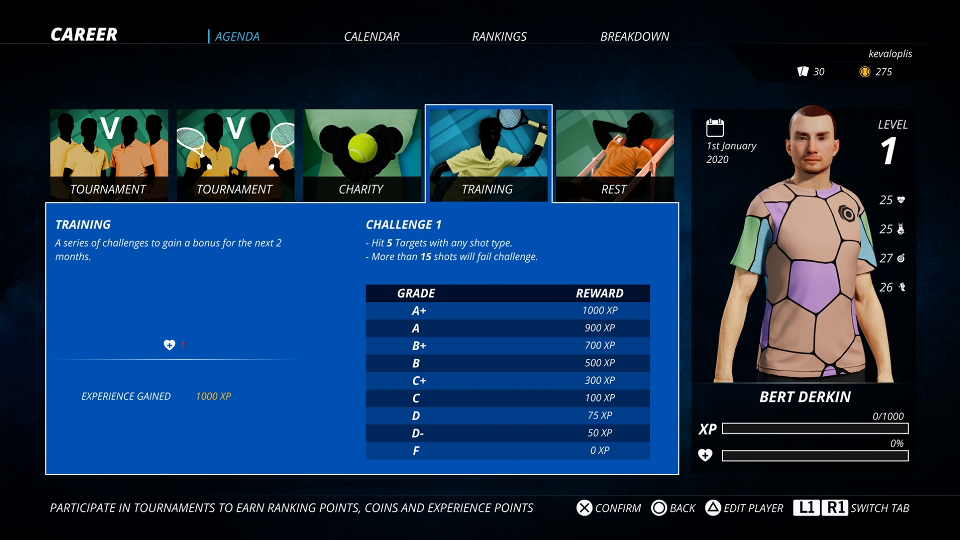 There are several ways Tennis World Tour 2 has improved its career mode, but none are more important than the ability to now disable the uninspired skills card bonuses system that was previously a large component of the mode. These cards that you could purchase from your career earnings would give you the unrealistic ability to either boost your own attributes or nerf your opponent’s skills for a specific period of time during a match. They really have no place in a tennis simulation, so it’s great that you can simply turn them off (you can also do the same in exhibition matches).

Alongside this, there are also new additions like the ATP Cup to further enhance career mode. The ATP Cup provides another real-life tennis tournament (and a unique international competition that’s kind of similar to the Davis Cup, to boot) to go alongside the ones that were already in the game. There are some new players here as well. You now get a chance to go head-to-head with someone like Andy Murray. Of course, this gives you the opportunity to use Murray, or a new legend like Maria Sharapova, in other modes like online play, which should provide more choices and variety.

It’s also appreciated that doubles events are a regular occurrence in your career. Now it is common for you to be eliminated from a tournament on the singles side of the bracket, but then jump right into the doubles bracket of the same event. This is not only a realistic portrayal of what life is like for a pro tennis player, but it also helps to break up some of the monotony of the mode by having you play what can sometimes feel like a whole different sport. 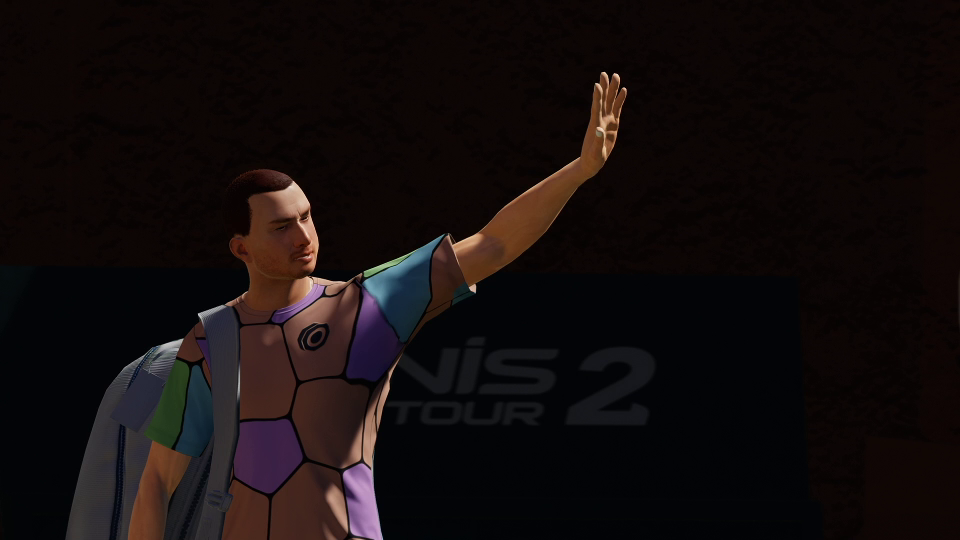 The mechanic used to hit the ball in TWT2 should be pretty familiar to anyone who has played Top Spin 4 or even Full Ace Tennis Simulator on PC. In theory, it’s a straightforward mini-game. You tap a button at the right moment for an accurate shot, and hold that button longer to add power to your shot at the risk of sacrificing some of that accuracy if your timing is off. In practice, it’s a bit more of a crapshoot than it should be because there’s a lack of consistency in results. This is experienced most often when trying to aim your shots. Sometimes there is an open side you’re trying to hit to in order to put away a point, but your directional input isn’t registered and you just hit it right back to the middle.

Another problem is the fluidity of the animations. A lack of fluidity results in a lot instances of players warping to a ball when they’re not really in reach of it. The limitations in this department cause the game to sometimes feel as if it’s on rails. The flip side of that coin is that there are also frustrating moments where you push a button to hit a ball that seems within reach, and yet the game won’t give you an animation. In those situations, the ball then goes sailing by while your player does absolutely nothing.

As for serving, it’s safe to say it seemed better to me before I played a lot of Full Ace Tennis Simulator, which does such a good job of representing the relation between power and accuracy. Now, the mechanic in Tennis World Tour 2 kind of just seems like a simplistic mini-game with too little nuance to be very realistic. 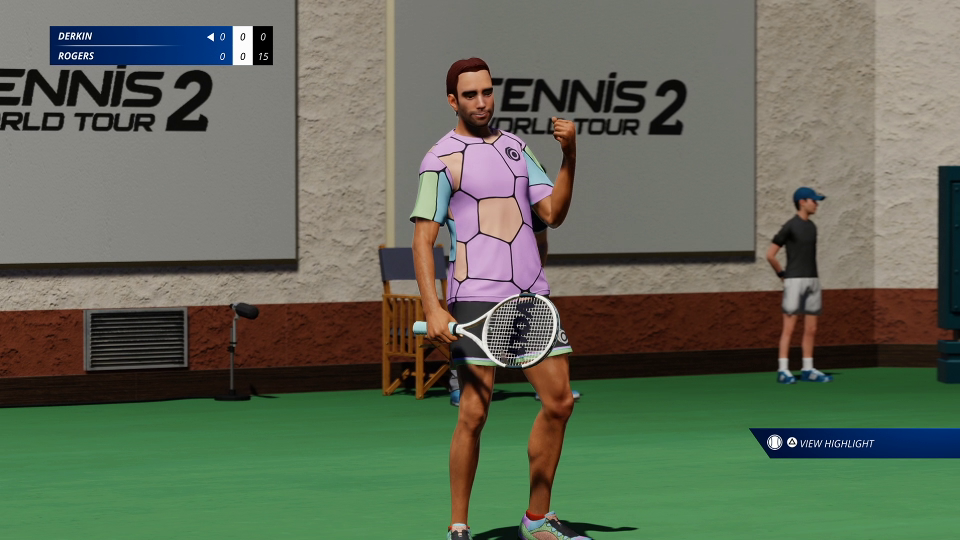 I was hoping the move to next-gen consoles would lead to AI opponents being a little better than they were before, but it’s just not the case. The performance of CPU players can be all over the map it seems, even during the course of a single match. On one hand, they have zero problems returning every single high-speed serve you send their way and hitting impossible cross-court winners. On the other hand, they’ll let shots go by them without even moving or hit routine shots out. 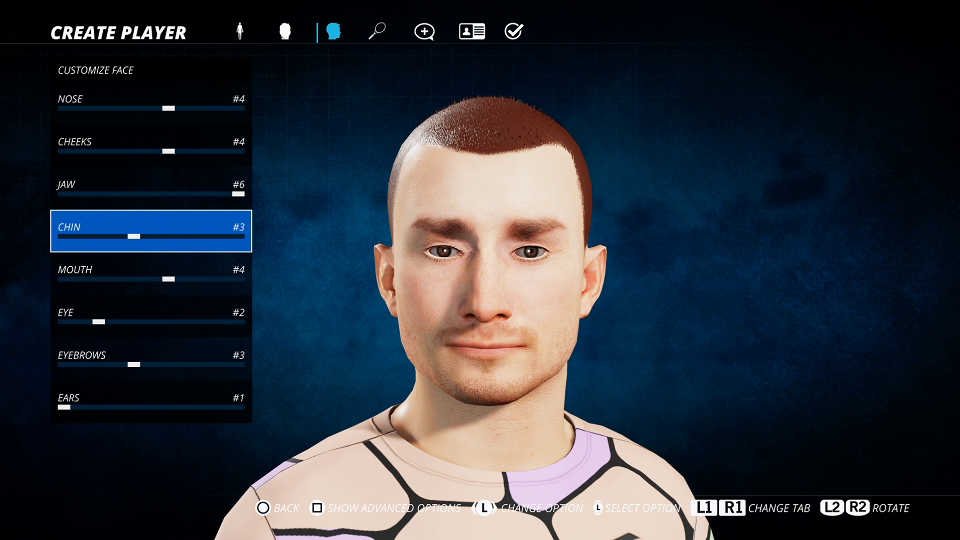 Along those same lines, the thought would be that a next-gen upgrade might also translate to an improvement in the game’s thin creation suite. However, nothing major has changed here. There remains no ability to sculpt and refine the features of your created player in the small ways that we’ve come to expect from sports games. Instead, you’re left with mixing and matching different eyes and mouths like you were creating some sort of tennis-playing Potato Head. 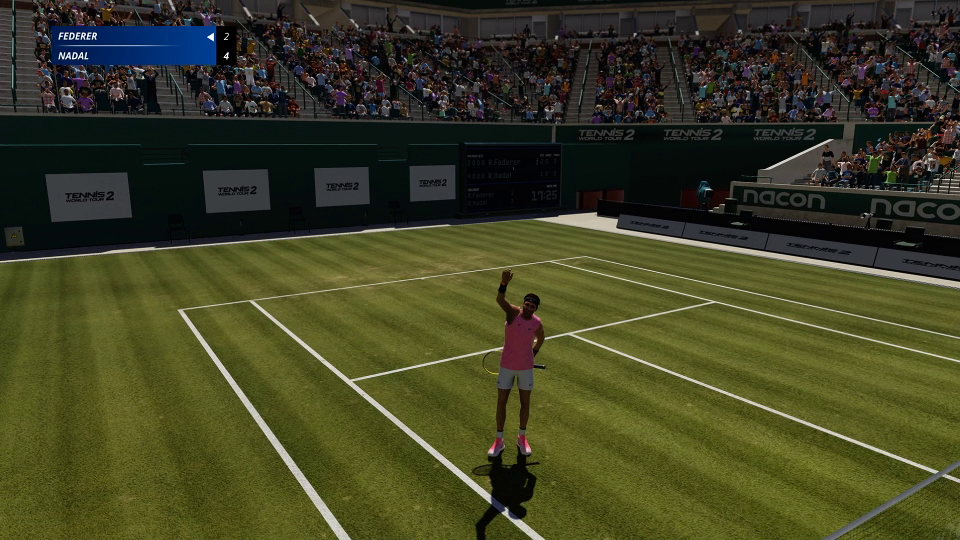 This is not the kind of next-gen upgrade that completely transforms the experience and makes you seriously have to re-assess what you thought about it on last-gen consoles. But it does further refine a flawed game to the point that Tennis World Tour 2 is at least getting closer to providing a fun and rewarding experience — and an accurate representation of tennis.

In particular, the career mode now provides a more enjoyable journey. Creating players and guiding them from being newbies with little to no skills to seasoned veterans who are ready to take on some of the bigger names on the tour works well here. The fact that you can disable the game’s misguided card bonuses system eliminates an annoying arcade element, and the improved next-gen presentation allows you to get even closer to feeling like you’re out there on the court as you progress through real events like the new ATP Cup.

But even though the developers have made some real strides since the frustrating release of the original Tennis World Tour, there’s still a lot of work to do yet. In subsequent patches to the game (and inevitably perhaps its sequel), the developers should focus now on making the gameplay a little more fluid, and the AI a little more consistent. It would be easier to overlook the shortcomings of a tennis game if some of its biggest issues weren’t occurring when you’re actually playing tennis.

Out of the Park Baseball 22 Review - Masterfully Blends Complexity and Nostalgia
Next-Gen Tony Hawk's Pro Skater 1+2: Is the Upgrade Worth It?