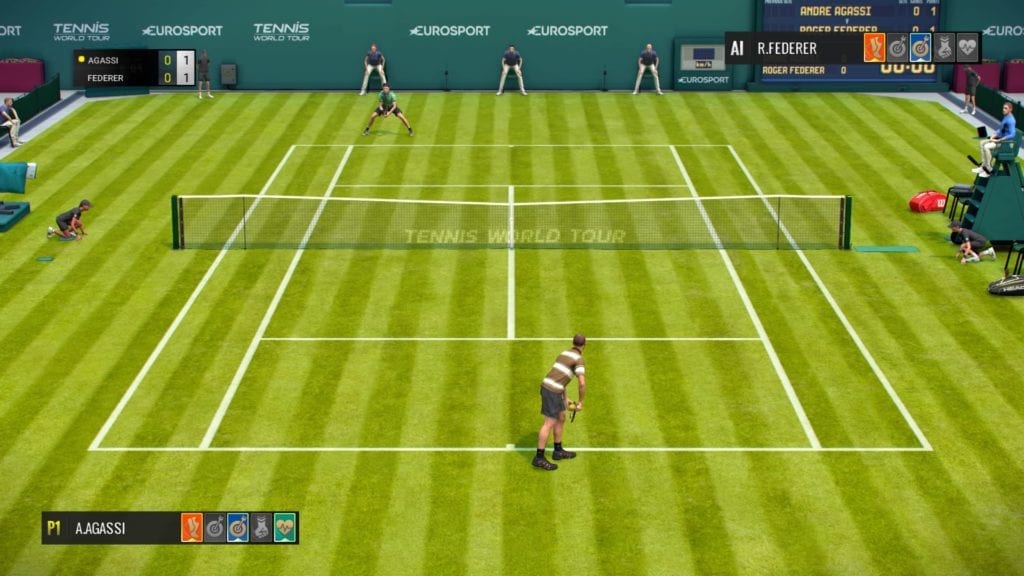 It’s been a long wait for anyone holding their breath for a true tennis simulation to emerge on a current-gen console, but that wait has finally ended this year. First, AO Tennis was released to lukewarm reviews back in January, and now Breakpoint Studios has brought in members of the team behind Top Spin 4 and emerged with Tennis World Tour, hoping to recover some of the same magic that garnered that previous release so much acclaim. It might be best, however, to temper those expectations just a tad because — even though there’s a solid core of gameplay here that can perhaps be polished further with either patches (ideally) or in the next release of a new series (not so ideally) — there are too many shortcomings, missing features and bugs to make this feel like it’s ready to compete on center court just yet.

Career Mode – Tennis World Tour particularly shines when you create a player and start out as #100 in the world in an attempt to climb the rankings and become the best in the sport. The mode starts slow, allowing you to learn the game as you compete in easier tournaments before gradually becoming more and more difficult as you level up and improve your skills. There are more nuances than you might expect, with decisions about which events you’d like to attend, what attributes you’d like to improve, and cards that can be acquired and used prior to matches to give you a bonus in certain areas of your game. You’ll even need to keep an eye on your equipment, as it’s important to utilize rackets and gear that will allow you to boost the attributes that will help you the most in the upcoming match. Then there are the cosmetic items related to your attire that won’t necessarily give you any sort of extra skills on the court but will at least have you looking your best out there.

Shot Variety – There are a handful of different shot options that you have to consider as the ball is hurtling quickly towards you and they can all come in handy depending on the situation. A flat stroke will give you the most power but no spin; a topspin shot will add that missing spin and be more difficult for an opponent to return; a slice comes in handy when you’re on the defensive and need time to re-center yourself on the court; and a lob is best employed when an opponent is insisting on staying at the net. Aside from that, there are even options for drop shots and different types of volleys, incorporating a strategic element that recognizes the benefits choosing the right shot type at the right time. All of these shots abide by a well-designed risk/reward system that will have you hold down a button and a direction to put some power behind your shot while you aim it. Hold down the button too long and the shot might go out, but don’t hold it down long enough and your shot will veer harmlessly toward the center of the court, making it easier to return for your opponent.

Serves – One of the drawbacks of Top Spin 4 was that once you acquainted yourself with how the serving engine worked, it would eventually become pretty simple to have sky-high first-serve percentages that were nowhere near realistic. Tennis World Tour remedies this problem by implementing a service system that is more imprecise and based largely on feel, making it rather difficult to blow aces by your opponent all match. This new method has you charge your serve by holding down a button (as with shots, there are different types of serves) and then attempt to release the button just before the ball has reached the apex of your toss. It takes a little while to get the timing down but once you do, it feels especially satisfying when you’re able to power a serve right on the line and watch your opponent scramble to return it. Now if only there was a way to skip those annoying pre-serve rituals. 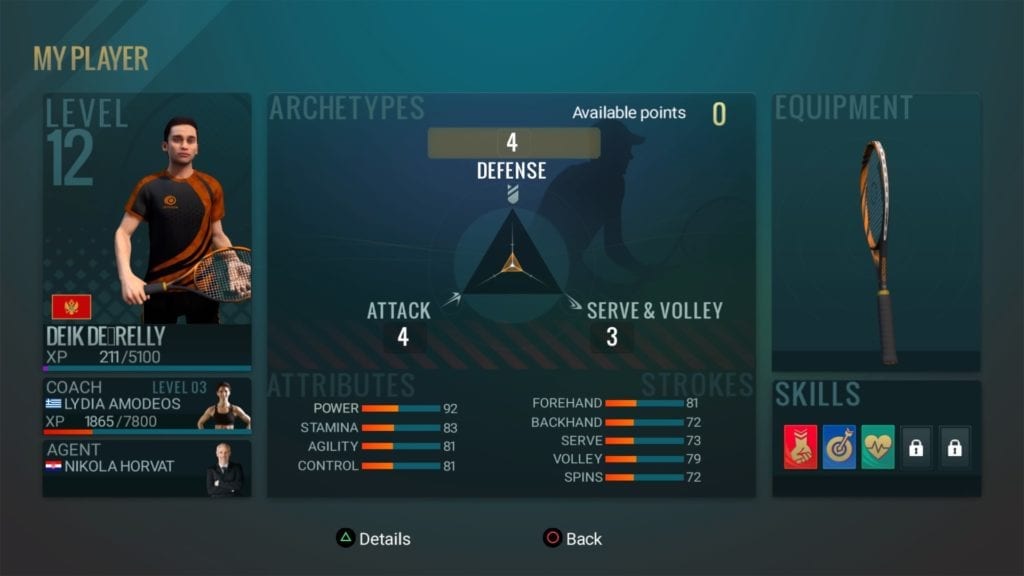 Player Customization – To put it bluntly, there just aren’t nearly enough options available to you when trying to create a player in the game. At a time when other games are offering robust customization suites that allow you to sculpt a player’s face and body to the exact specifications that you desire, Tennis World Tour only allows you to choose between 10 different pre-made characters from each gender that you can adjust for height, name whatever you like and that’s about it. Aside from the aforementioned outfits, there’s no tangible way to set your character apart from everyone else. This lack of variety becomes especially pronounced when you play in career mode and inevitably wind up facing a player that looks like your identical twin.

The Game’s Messy Release – Tennis World Tour was scheduled to be released on May 22, and while the developers did manage to meet that release date (on PS4 and Xbox One at least), it came without an anticipated patch that was known to fix some annoying issues that threatened to really take you out of the game (like the total absence of crowd noise, for instance). The patch was eventually released on May 25 for Xbox users, but an unanticipated issue with the PS4 patch caused it to be delayed until May 30. To make matters even worse, this patch may have corrected some things, but players are currently still left without the ability to play doubles matches or any online matches whatsoever, making the game a pretty limited offline tennis simulation for the foreseeable future.

Commentary – The commentary provided in Tennis World Tour by legendary bad boy of tennis John McEnroe is so scarce and devoid of insight that you’re left to ponder over the possible reasons that it could have ended up sounding quite so abysmal. Did they only have McEnroe for an hour, and this selection of one-liners was the best they could do in that short amount of time? Were they paying him by the line and this was what they could afford at his exorbitant rate? Did McEnroe throw one of his trademark tantrums while they were recording in the studio and storm off, leaving them to work with what they had recorded up to that point? Or maybe they honestly believe that having McEnroe shout “Boom! What planet is he from!?” over and over again during a match constitutes a thorough analysis of the complex game of tennis.

Bugs & AI – Even after the patch was released, the game still has a number of issues that haven’t been addressed, and here’s hoping that subsequent patches are able to fix most, if not all, of these. One of the most frustrating recurring problems is how animations will sometimes fail to trigger, and this will cause your player to look as if he forgot that you needed to swing the racket in order to return a shot. In some cases, this can be attributed to user error and not pushing a button at the right time, but it would be nice to at least see your player take a late hack at the ball to acknowledge you pushed a button rather than just watch the ball fly by. There are also some persistent bugs that render certain options unusable, such as the one that makes it more difficult than it needs to be to fire one agent in career mode and hire another one. It would also be nice to see AI opponents actually make the occasional unforced error out on the court, as they are pretty much incapable of hitting a ball out or into the net as it stands now, regardless of their actual abilities.

Without a lot of options out there for tennis enthusiasts, Tennis World Tour looks like it could be the one to beat for the time being, even with its lack of online play and some glaring issues that need to be resolved. Though it may still be finding its footing — as the developers clearly scrambled to meet the game’s release date — with some tweaks and a little bit of polish, there’s no reason it shouldn’t be able to build off of this solid foundation. By adding some key features (expanded options for customizing your player would go a long way) and ironing out its kinks, there’s the potential here for this to become the Roger Federer of tennis video games. But as it stands now, this is more like a young upstart that shows flashes of greatness but needs to work on some holes in his game before becoming a superstar.