By now we know that the future of next-gen gaming is only a couple of weeks away. Yes, by this time next month, the lucky ones will be a few weeks into their newest console experience. However, when it comes to the NHL series from EA, we will all have to wait almost a full year to experience hockey at the next level — well, hopefully it will reach another level. In short, the first hockey release on next-gen consoles will not be until NHL 22, but that doesn’t stop us here from taking a retrospective look back at EA’s NHL series and how it transitioned during the last two next-gen life cycles.

(You can also see our look at Madden here and MLB The Show here.) 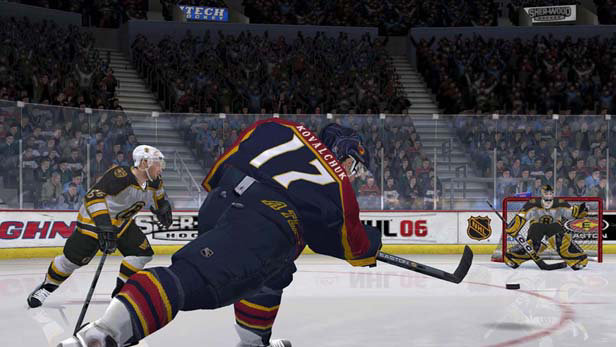 After a whole year without NHL hockey, NHL 06 was EA’s first release post NHL lockout. The game had a solid foundational core but was held back by AI issues and more than usual buggy gameplay. Having said that, fans of this brand of “hockey” will undoubtedly remember something positive when it comes to NHL 06. However, NHL 06 just didn’t do anything significant for the franchise as it just added some ancillary features that were neat to have but didn’t ultimately change the face of the game. It was a good hockey game, but certainly not great hockey game.

The inclusion of the skill stick is what stands out the most from NHL 06. Oh, that and the fact that it was the last game before turning to next-gen.

At the time, most reviews shared the same sentiment in pointing out the following: 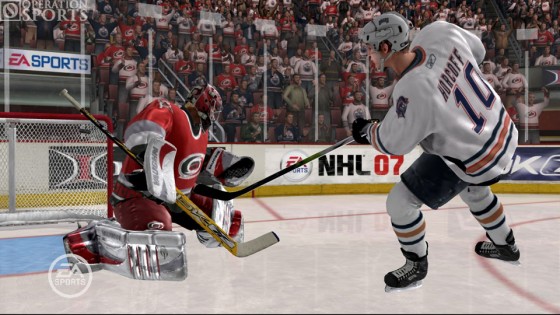 NHL 07 was the first game to be released on what was called the seventh generation of consoles. However, the game was not released on the PS3, making Xbox 360 the first to debut its new hardware. The Skill Stick was the prominent new change, as well as the HD graphics. Additionally, what was also a new change was how you were kind of forced to re-think how you played offense in a hockey game, thanks to the brand-new right analog Skill Stick.

In short, outside of the few minor minor additions/tweaks, gameplay did not significantly change enough. Furthermore, outside of gameplay, just about everything else was practically unaltered from last year’s game. All that being said, the right-analog controls were a huge moment for the franchise and did push it on an upward trend from there. 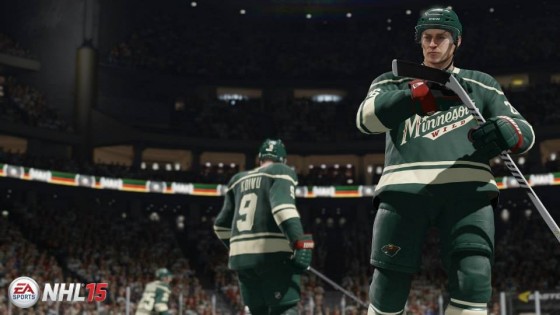 NHL 15 introduced integration of the NHL on NBC presentation into the game across all modes in an effort to increase the game’s realism, including on-air graphic elements. Full-motion video of commentators Mike “Doc” Emrick and Eddie Olczyk were shot, allowing them to be digitally inserted into pregame introduction scenes.

Many praised the gameplay, specifically the improved in-game physics and improved graphics, but the game was widely, and rightfully, hammered with everyone expressing major concerns and displeasure over the removal of many features compared to the previous games. Again, the game played relatively well on the ice, but off the ice the game was inexcusably empty.

Speaking of modes, Online Team Play was removed, as was EA Sports Hockey League, which were two community linchpins. Furthermore, NHL 15 didn’t even include the ability to play a season mode, which was originally introduced way back in the Super Nintendo and Sega Genesis era. To play a season, you had to actually jump into Be A GM mode. However, once in the Be A GM mode, you were left to quickly discover that it had been stripped of some of its own features, including basic online functionality.

The jump to next-gen hardware inexplicably caused EA to leave behind several features and options that were in the game the previous year, and that was simply not acceptable. An abundance of head scratching modes like a bare-bones practice mode, no season mode at all, a completely gutted GM mode and Be A Pro mode, no Winter Classic, and missing online features far outweighed what was new in NHL 15 — and that was majorly troubling. NHL 15 will perhaps go down as the worst ever next-gen debut. 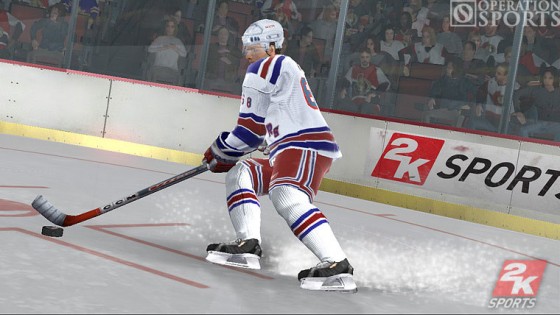 Having said all of that, I just feel like I have to also touch on the 2K hockey series briefly. The NHL 2K6 hockey game was the first, at the time, “next-gen” game to be released on an advanced gaming console, and I remember this game really setting the bar. Furthermore, the Xbox 360 console in its totality was really an exceptional console in my opinion — minus, of course, the dreaded and unavoidable red rings of death.

Unfortunately, for the development team at 2K, NHL 2K7 the following year would be the pinnacle for the series because, as a company, they started to back skate their way into a steady decline of obscurity. The presentation and graphics of NHL 2K7 were the best of any sports game at the time (in my mind). Also, the AI was realistic as it featured players pinching in along the boards or trying to break out on a rush, and it was just an overall enjoyable game. It even holds up today.

In short, what is in the past is in the past, but EA’s right-stick controls ended up really carrying the series back into the spotlight even though I still felt 2K had the better all-around game. That being said, hopefully one day we get the NHL 2K series back so we have multiple options once more.

There is no doubt that for, perhaps, the last two generations of gaming the NHL series has been like a mediocre NHL franchise. No longer are they in a position to contend for a championship but they also will not allow themselves to take on a full rebuild. EA’s last jump to next-gen was an absolute disaster and EA has to avoid making the same mistake twice. Furthermore, with EA intentionally waiting a whole year before their first release on next-gen, they have to do better. Right?

Fun EA trivia question for everyone. Since the release of NHL 07 (“next-gen”) how many US cover athletes are no longer currently playing in the NHL?