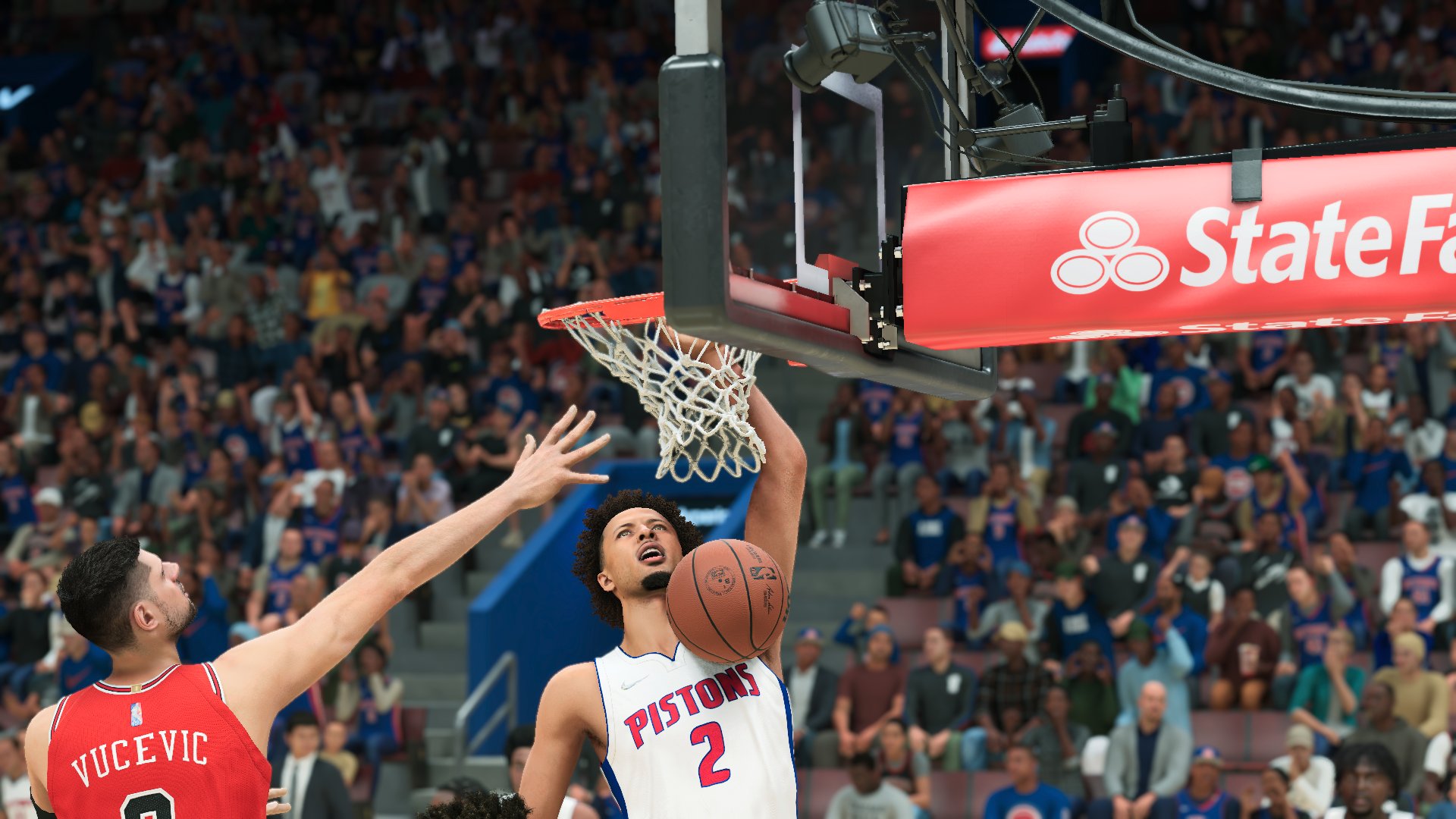 One of the more all-encompassing NBA 2K22 roster projects was released in the last week, and so it’s worth showcasing why the NBA 2K22 Attention to Detail roster has been a favorite on the forums the last couple seasons. What sets the NBA 2K22 ATD roster apart from some other custom rosters out there is it goes beyond basic roster edits. It gets into the guts of players, looks at team tendencies, and it also spans across all platforms (albeit that’s a WIP still). In short, it’s almost like playing in a whole new league and getting to experience a game that plays almost totally different at times.

Of course, if you like NBA 2K22 out of the box, then I would not necessarily recommend using this setup. Instead, I would just maybe look for some sliders if you want something a little fresh, or you can look for some custom rosters that change up the league. However, if you feel like NBA 2K22 is getting a little stale, then stick with me here as I detail all the various parts that go into this roster. 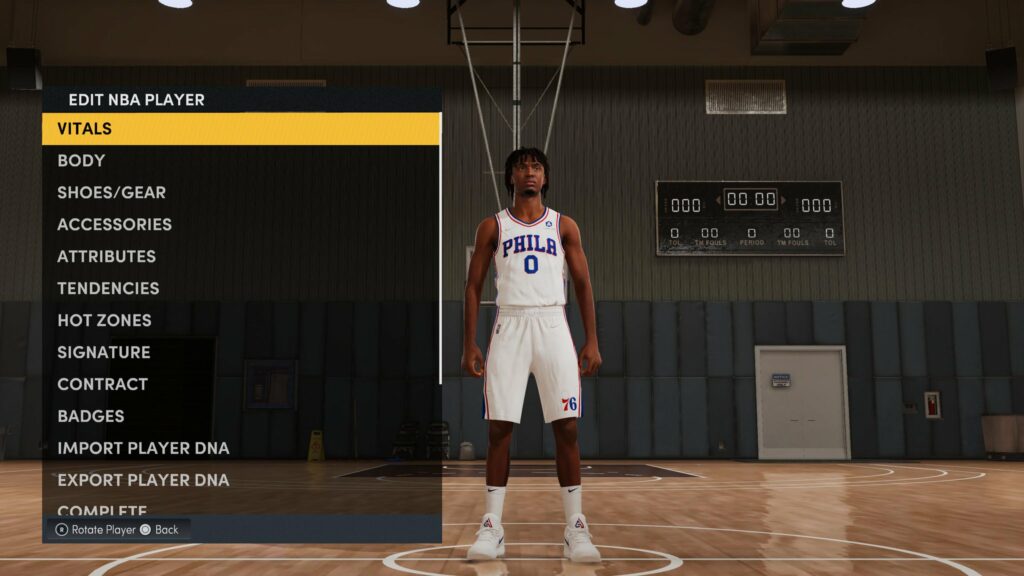 We plan to release the roster on all the platforms (PS4, PS5, Xbox One, Xbox Series S/X, Switch and PC) but, as usual, release and update times will be different from one console to another based on the amount of the people that is working on the roster and how much time they can spend editing. If you want to help us with rosters and check the progress closely, we have a Discord server with over 600 users divided into sections for each platform.

Feel free to contact me here on OS via PM or with a message on this thread. If don’t have an account, you can find me on Twitter (@CelticLG) or Discord (@CelticLG).

1. TENDENCIES (thank to Vannwolfhawks206 for the help)

[1.1] Shot and touch tendencies updated based on player’s impact and usage on offense
[1.2] Shot under the basket/close/mid/3pt corrected based on real life shot distribution (this implies less 4-feet jumpers and mid-range shots , excluding specialists, with more three pointers in order to replicate modern basketball
[1.3] Stepbacks shots (mid and 3pt) totally reworked for all the players in order to average their real life numbers of attempts
[1.4] Pullups, floaters, spin jumpers and bank shots have been tracked and corrected based on attempts per-36 minutes by all the players
[1.4] Eurostep, hopstep, spin layups, and step-through shots all updated based on players frequency to utilize this moves
[1.5] Drive tendencies correct
[1.6] Dunk tendencies (standing, driving and flashy) reworked
[1.7] New alley-oop (pass and dunk) tendencies based on real-life stats
[1.8] Triple threat jab, pump fake, and idle all globally scaled with less jabs and more fakes
[1.9] New crash tendency formula based on height and weight
[1.10] All players size ups scaled to 100 between size up, hesitation and no-setup move (with the last one increased globally in order to have less random dribbling)
[1.11] Standing dribble and driving dribble tendencies reworked in order to have better game flow
[1.12] Dish to the the open man tendency (and the other passing tendencies) re-scaled and globally increased fin order to have more drive-and-kicks and extra-pass situations
[1.13] “Spot Up vs Cut” tendency reworked, now players will behave correctly in transition situations, shooters will stay behind the arc while bigs will attack the rim
[1.14] “Roll vs. Pop” tendency re-scaled based on Pick&roll and pick&pop data from the past 2 years
[1.15] Iso tendencies are now based on real-life isolation stats
[1.16] All post up and post moves tendencies updated based on players frequency to use this moves
[1.17] Hook and fade-away shots tracked, re-scaled and fixed, now players will turn to the shoulder of the player, not the hand, when trying one of his moves (these tendencies are backwards)
[1.18] Charge, hard foul and shot contest tendency updated and globally increased
[1.19] Steal, foul, play-passing lanes and block tendency re-scaled based on real-life stats
[1.20] Play discipline tendency reworked based on the style of the players

[2.1] Layup/Close/Mid/3pt attributes updated with new formulas based shooting % and volume
[2.2] Free Throw rating update for all the players based on the last two years
[2.3] New formulas for Shot IQ (based of shot selection) and Offensive/Defensive consistency
[2.4] Dunk attributes reworked
[2.5] Driving layup, draw foul, post fade/hook updated based on real-life stats
[2.6] Athletic attributes (speed, acceleration, vertical, lateral quickness) updated based on combine numbers and age + some corrections
[2.7] Defensive attributes overhaul for all the player in order to fix good defensive players with bad defensive attributes and vice versa
[2.8] Passing attributes reworked based on various advanced-passing data
[2.9] Stamina updated for all the players based on age, height, weight and position
[2.10] New formula for the strength attribute
[2.11] Rebounds, steal, pass perception and block updated based on stats from the past season
[2.12] Hustle, ball handling (especially for bigs that can handle) and hands adjusted based on the style of the player

[3.1] Globally reduced the number of players with badges in order to separate the true specialists from the other players. Every badge is now assigned to around 20-40 players, depending on the badge
[3.2] Around 90% of the badges are now based on stats with different tiers (bronze, silver, gold, HOF). See the badges guide for more details
[3.3] Removed some of the OP badges that can ruin gameplay and/or sim stats (worm, quick first step, rebound chaser, etc)
[3.4] Personality badges updated for all the players in the league in order to replicate their real life character (personality badges can unlock certain scenarios when using the MyNBA Event Generator, see the details in the 2nd post)

5. PLAY-TYPES: updated for all the players based on real-life play-calling data from last season

7. SIG SHOTS: (NEW!) all moving shots, free throws, layups, dunks, dribble moves, post moves updated for all the players based on Woody and ZayTreece edits. Almost every player on the league is covered with their authentic shots and moves.

8. ACCESSORIES & SHOES: updated (with frequencies!) based on what they wear this season

9. COACHING PROFILES AND COACHING SLIDERS: updated for all 30 teams in order to replicate their coaching style and the type of rotation that can be using after years in MyNBA sims

10. POINT OF EMPHASIS: updated for every team in order to have sim stats as authentic as possible

11. TRANSACTIONS: all transactions are updated until opening night (remember, this is an opening night roster designed for MyNBA players)

12. G-LEAGUE INCLUDED: (NEW!) created all the players from scratch with authentic faces, attributes, tendencies and shots. Updated all the transactions until opening night. All credit to @br821186 (PS5), @johnlong9869 (PS5), @brandone (XB) and @cdk10 (XB).

13. PLAY FOR WIN, FINANCIAL SECURITY, LOYALTY EDITS: values updated for all the players in order to replicate their personality and their contract requests (veterans like Andre Iguodala or Carmelo Anthony will sign for a contender at the minimum salary while other guys like Marcus Morris or Terry Rozier will prefer money over winning a title)

14. PEAK START/END EDITS: updated for all the players based on the style of the players (pure shooters will last longer than athletic bigs for example), fixing the problem of some players regressing too soon or too late

15. POTENTIALS: corrected in order to have more stability and balance during MyNBA’s future seasons, reducing the huge number of 80+ OVR players that showed up after a few years of simulation

16. POSITION CORRECTIONS: based on real-life data

17. CONTRACT CORRECTIONS: added team/player options where missing and corrected all the wrong values

18. ROTATIONS: updated for all 30 teams based on the first month of season

19. PLAY-INITIATOR CORRECTIONS: all around the league in order to have only real ball handlers to call plays and handle the ball

20. REALISTIC SIM STATS: we put a ton of work on sim stats because we think they’re essential for a sim experience, so we can assured that sim stats will be as accurate as possible

21. HEIGHTS AND JERSEY NUMBERS: all updated after the training camps

22. UPDATED FACE SCANS: all the new scans have been added to roster + the faces of players without scans have been replaced with high-quality CAPs created by OS community

There is a ton there, so I just want to point out some of the coolest things to me are the new signature shots being reworked, the full playbook breakdowns that come from vannwolfhawk, and the inclusion of a G League with real players filling the rosters. Those three things alone make this roster project special, and it’s just a portion of what goes into all of this.

Lastly, if you want draft classes, while “real” ones are out there, it is recommended by this crew to use the fictional ones created by Jeffruel. What’s cool about these (there are three as of now) is he builds in scouting reports that you can read about. The unfortunate part is these are only available on the PS5 since they’re not specifically tied into this ATD roster project. For those not on the PS5, I think it’s fine to head over to the OS rosters area and look for something on your platform.

With this being such a big project, CelticLG and crew do give you a way to support the project in multiple ways if you would like to do something like that:

If you like our work, you want to support us and unlock exclusive contents for the ultimate ATD MyNBA experience you can support us at: https://www.patreon.com/ATDProject. It’ll help us giving you the best possible product (with subscriptions at advanced stats sites like Synergy, BBall Index, Cleaning the glass, etc) and aso help different charity associations and projects at https://www.globalgiving.org/.

There are two types of membership available: Supporter and MVP.

The Supporter membership will give you access to Attributes Guides and the Badges guide that I personally release every year with all the formulas and where to find the correct stats in order to create your personal roster (historic(WNBA/Euro-League/NCAA/etc). You’ll also have access to my Tendencies-Editing serie, where every two days we deep dive together on how to edit a specific group of tendencies in order to have the most realistic results as possible.

The MVP membership will give you access to the guides plus:

If you like to get the guides and all the material while not supporting the project monthly you can subscribe for a month and the cancel the membership after you receive all the content. Keep in mind that majority of material will be available once the roster is out. Also, Patreon charges you when start the subscriptions and at the 1st of every month, so I suggest to start the membership at the start of the month (or if you start at the end of the month you can send me a DM and have a refund for the 1st month).

Big thanks to all the supporters, hoping to fulfill your expectations!