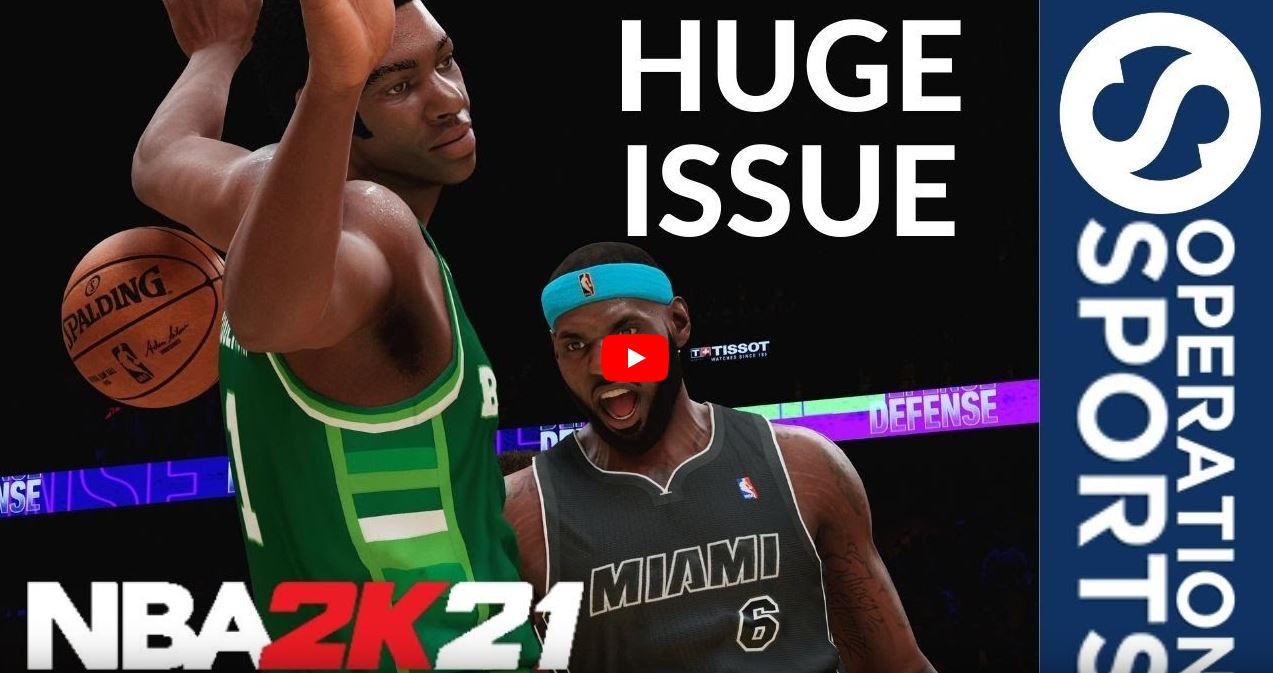 This is not a new problem for the NBA 2K series, but it’s highlighted across multiple platforms now this year with NBA 2K21. The NBA 2K21 stamina issue quite frankly sucks for sim-style players. Running five-man units is perfectly viable still online, and the stamina issue goes beyond just the online modes. The “Gatorade” icon is more an aesthetic than a warning of danger ahead. Brian takes us through the issue and ways he would remedy it right now.

Whether you play MyTeam, PNO, or just want a realistic franchise playthrough, the lack of stamina loss only caters to people looking for an unrealistic experience. It caters to a specific sort of lazy person who does not want to try and build a whole team or worry about managing anything over the course of a full game. This should not be the case as it defeats the purpose of building a balanced roster and allows turbo-heavy users to simply push through the energy loss.

NBA 2K21 has received plenty of patches, but a buff to stamina loss would not be unwarranted at some point.