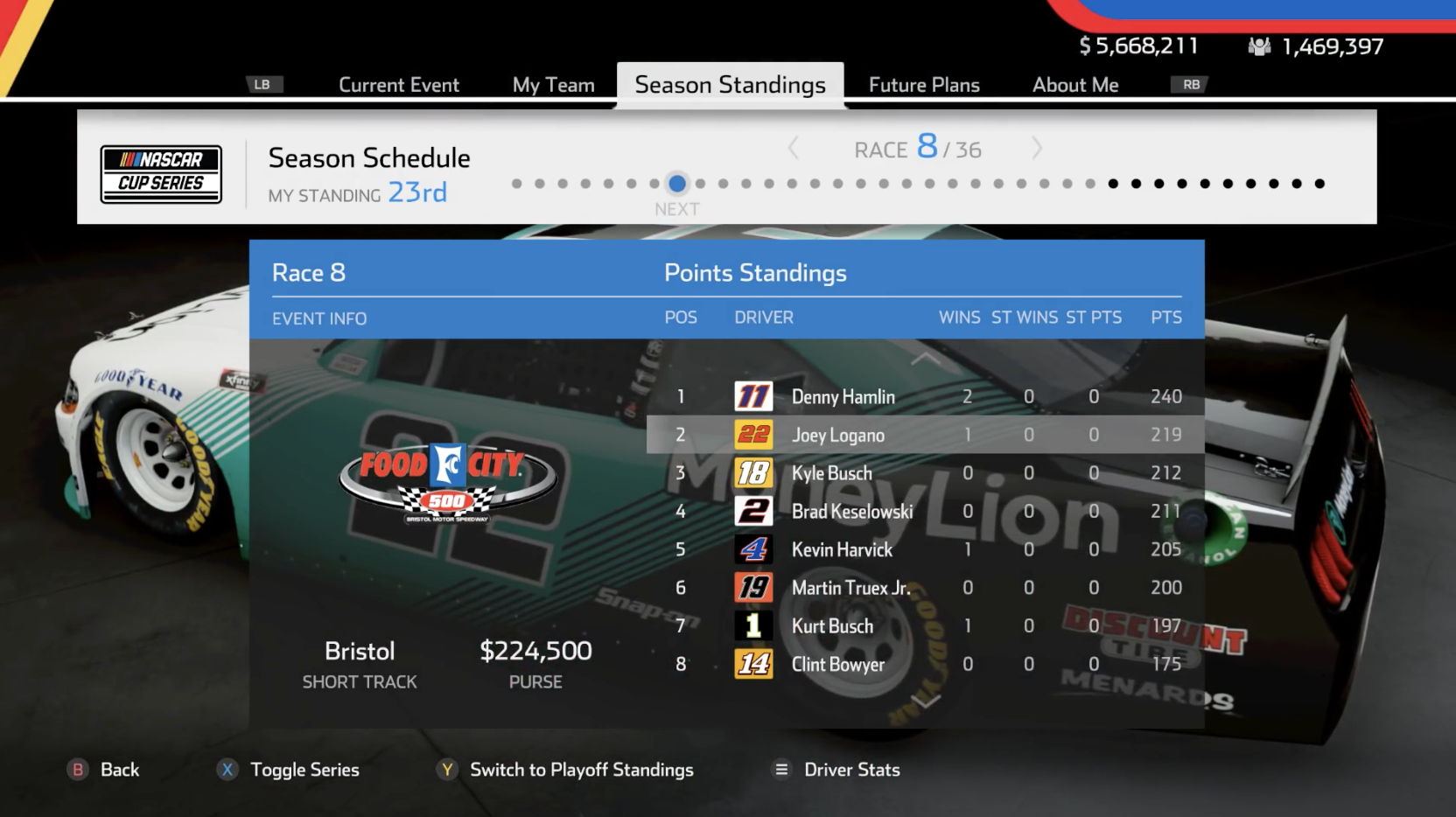 704Games hosted a Twitch stream yesterday, going over some of the features and improvements coming to NASCAR Heat 5.

They start off by going over the new menu system, then jump into career mode, stats and rosters. Afterwards, they show off the new test mode feature and custom championship mode.

The team also revealed that a large number of esports schemes will be available to use in online lobbies and quick races. Drivers like Kyle Busch and Chase Elliott will be playable in other NASCAR series such as Trucks and Xfinity series.

There’s quite a bit more details in the video, including some exclusive scheme reveals. Check it out below.