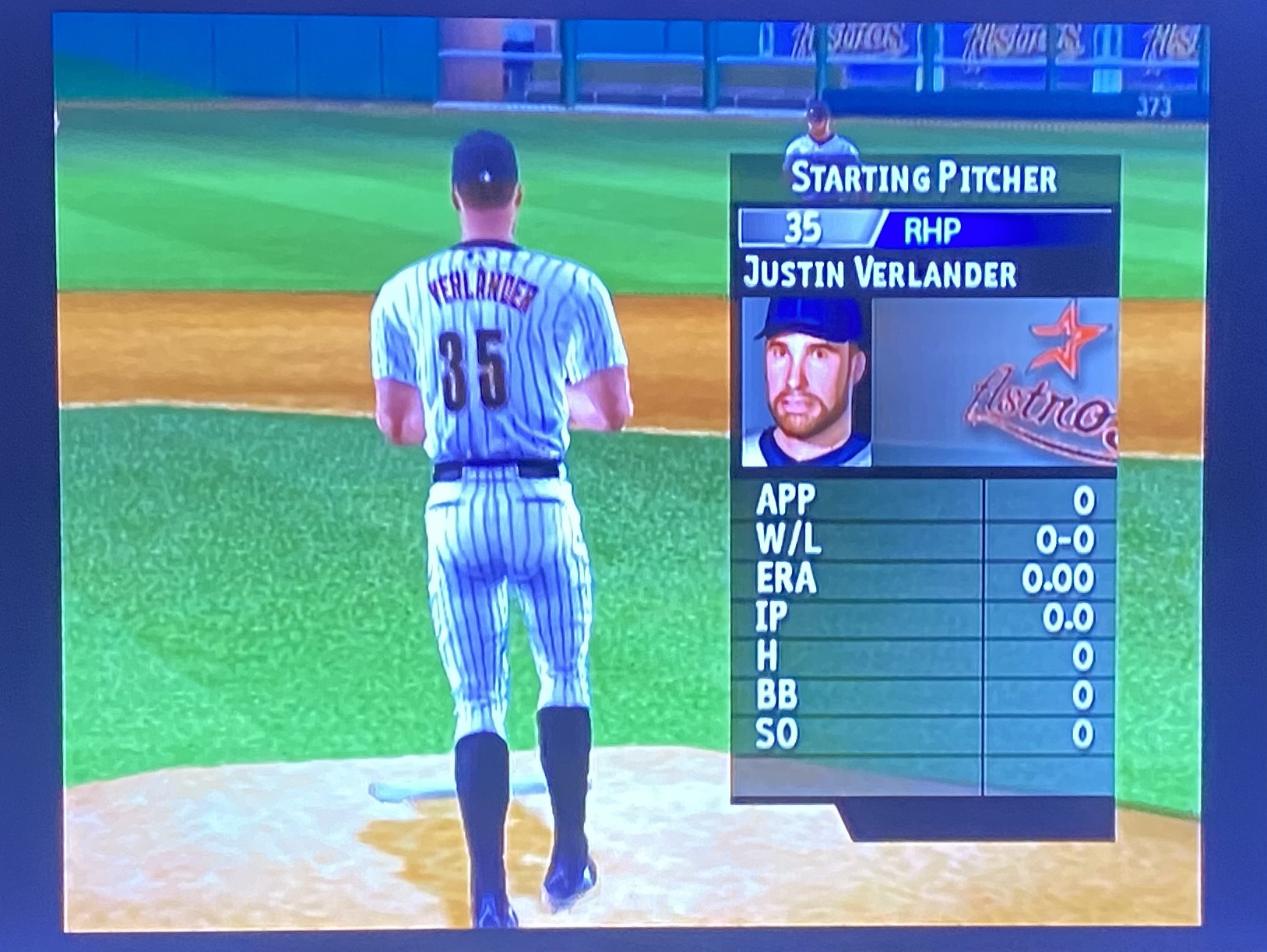 MVP Baseball lives on at places like MVPMods and it’s doing just fine. On PC, you can still stay up to date, and much like with games like NCAA Football 2004 and the like, mod communities keep the heart of a once-proud franchise beating until maybe it returns at some point down the line.

However, we certainly understand the needs of those who still avoid doing PC modding or just don’t want to play on anything but a console.

MVP Baseball 2005 still gets played a lot in my home. A lot. It gets played when we come back in town for the holidays, and it gets played in our respective homes when we all go our post-holiday separate ways.

Every four years or so, I pick this game up for $3 or less from a game store and invariably bury myself and others into the masterpiece rabbit hole that is Owner Mode. Then, inevitably, someone did not play it growing up, wants to learn of its Zack Greinke wizardry, and borrows the copy — only for it to “vanish” and never be seen again. 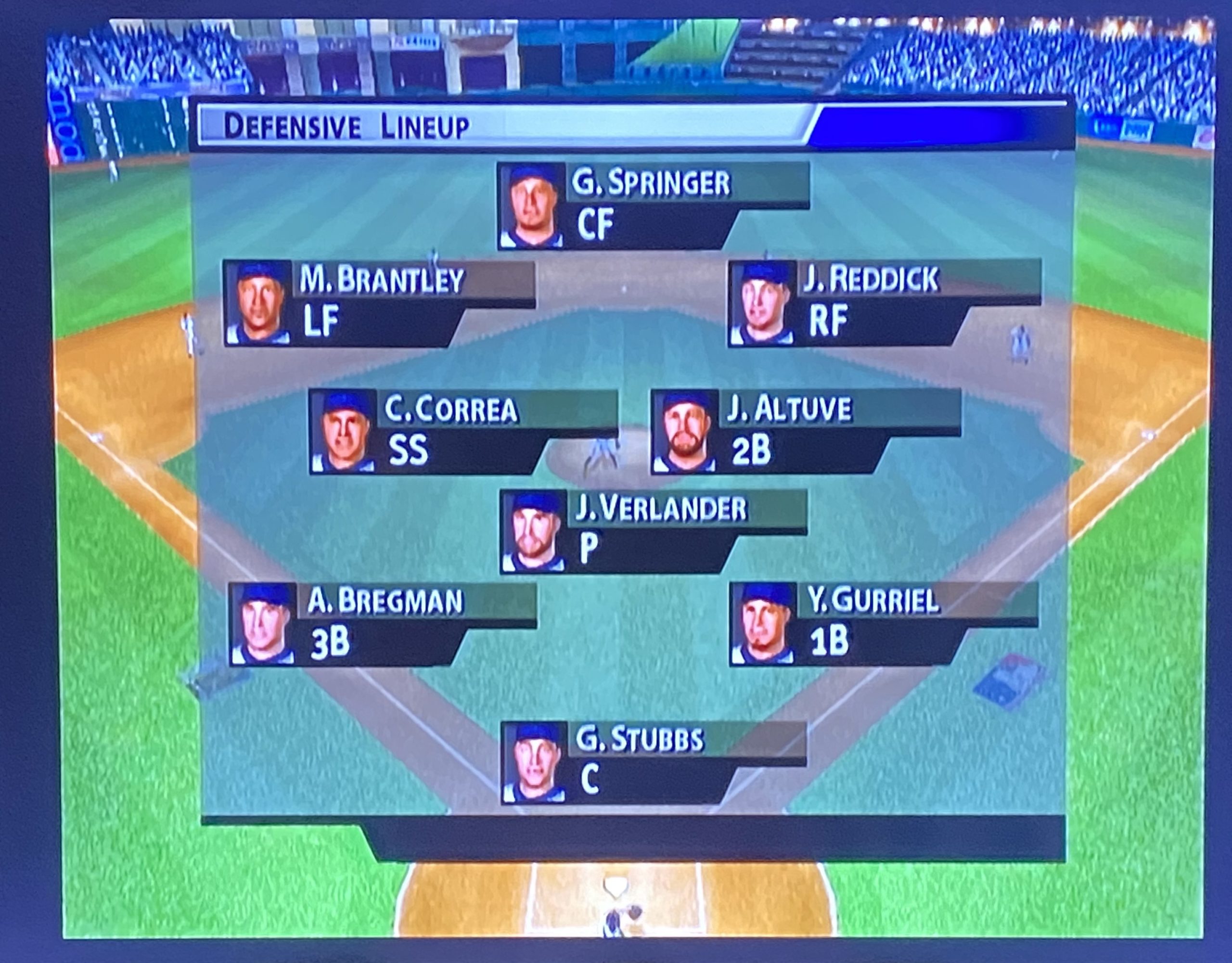 Our world is dominated by predictive ads that seemingly can materialize advertisements out of thoughts you had seconds ago, and I was recently a victim of these circumstances. A suggested listing immediately caused me to stop my eBay scroll: “MVP Baseball 2005 (PS2) 2020 Rosters via memory card – Updated as of 11/21/20.” Is this as good as I think it could be?

eBay user aventuraexcellence has painstakingly put together roster update files for MVP Baseball 2005 on GameCube, PlayStation 2, and Xbox. There are screenshots of a handful of teams’ rosters to show how they stack up, and each listing has the most recent update date in the description.

Their own words from the listing: When purchased, rosters “will be updated before they are shipped out to ensure that they are as accurate as possible.” They are overhauled at the All-Star Break, after the trade deadline, and once the season ends.

aventuraexcellence is extremely clear in the process, answers questions quickly, and strives to be helpful in the listing. A warning to buy the right size memory card to fit an Owner Mode save sends me to another one of their listings with a slight price increase, and I click “BUY.” Let’s see what happens! 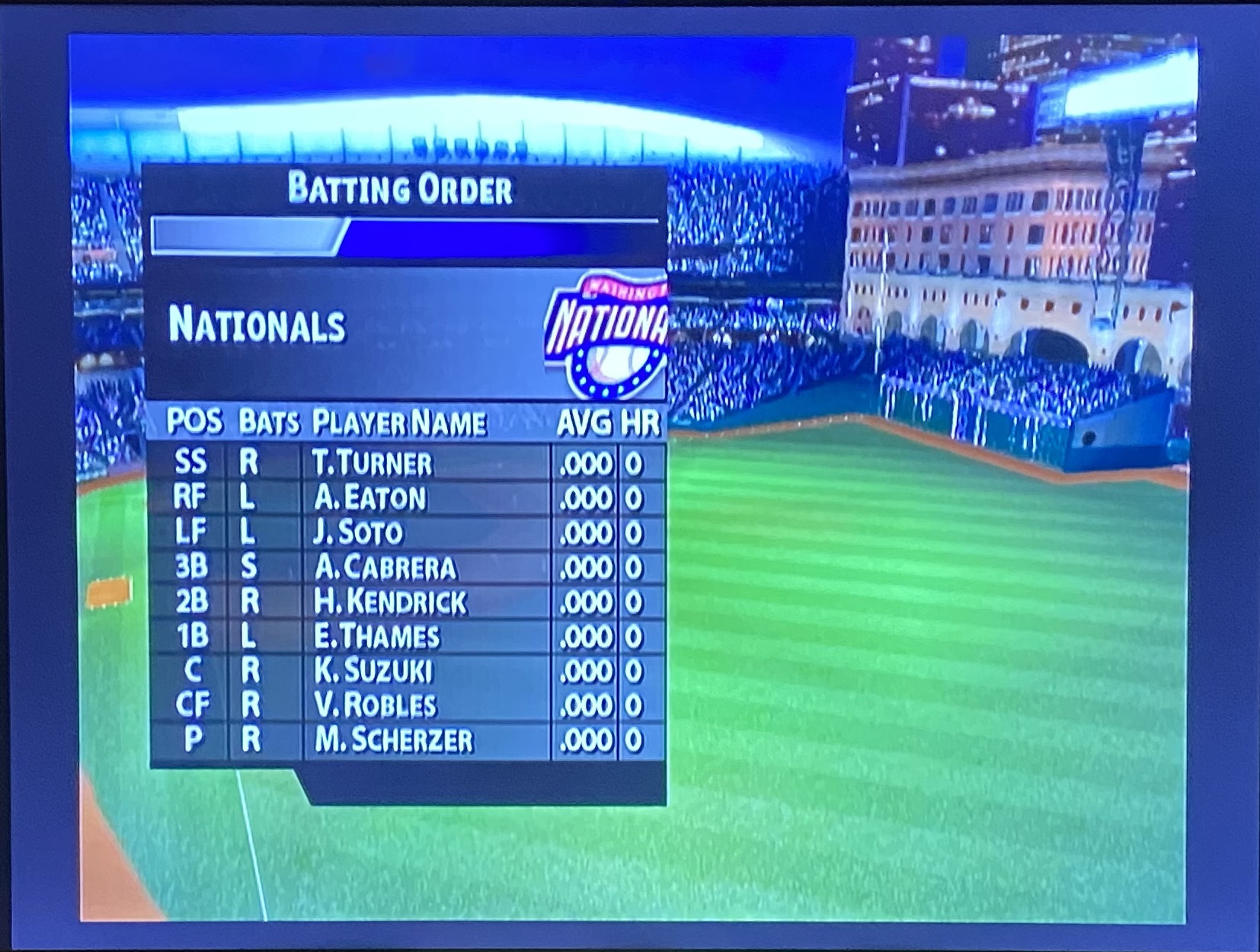 The card arrived a full day early with a special note offering a discount for repeat customers and a handful of baseball cards. A wonderful, heartfelt package! I booted it up and went to town.

There are a few things here and there to edit to your liking, but make no mistake about it, these rosters are the real deal. A few players were rated too high and too low for how I felt they should be (which made sense given that I picked this up towards the end of the season), so I adjusted those. Personally, I am not a fan of some of the game’s generic batting stances, so once I had my team assembled, I went in and edited them in Owner Mode, too. Honestly, it felt more fun than it was a chore to go through teams, see how the players ranked, and give some guys a much-needed boost.

Players feel as they should. Mike Trout controls incredibly different from Vladimir Guerrero, Jr., just as Max Scherzer controls differently from Shane Bieber. Though many players look identical, their various stances and attributes truly play as one would expect.

Plenty of unused players exist to be edited as well — should a superstar not represented in the minors come up and make a name for himself. These are designated with the name “Open Cap” (“create-a-player”), and there are plenty to make sure that everyone is accounted for. A fun surprise is the unexpected player names being called by Kuiper and Krukow. It felt odd for a few games that names that were 100 percent in the original MVP Baseball 2005 (such as “Tim Anderson”) were not mentioned, but other random names were included. 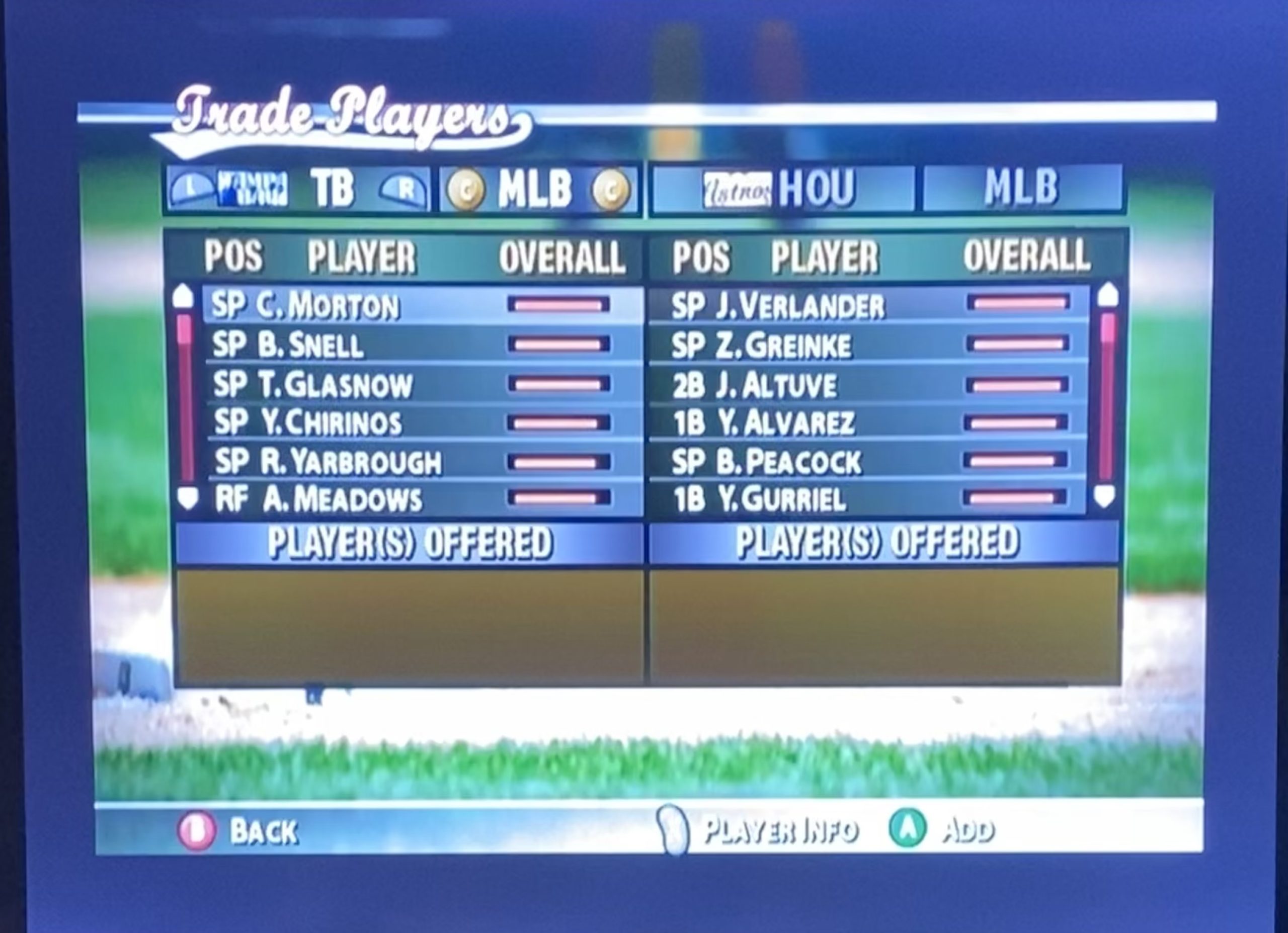 Owner Mode is immensely enjoyable once more. We turned the DH on for both leagues, selected the Mets, named our shoddy custom stadium Citi Field, and drafted a Sabermetrician’s dream of a squad. We howled as the CPU plucked players off of our shortlist and were very impressed when they sniped breakout stars early on.

The first thing I heard when I told a few folks about discovering the memory cards was “why don’t you just play the PC version?” A fair question to be sure, as not only is the PC version considered the best offering, but it also has an extensive modding community that has supported and modernized the game for years. However, I wanted to simulate the experience if that were not an option, as it is much easier to toss a memory card into a carry-on bag or mail it in a package than it would be to try and load up the family PC with all the trimmings.

Here are the listings, but be sure to look around at some of their other auctions (such as MVP NCAA Baseball 07):

If you already own a copy of the game, the $25 price tag for a memory card for a 15-year-old game could deter you for sure. After all, you could probably buy over 20 copies of the game at that price. However, if you’re looking for a new way to rekindle the past, aventuraexcellence truly makes the game feel brand new. Just make sure you buy the right size card that can fit an Owner Mode file on there, too.