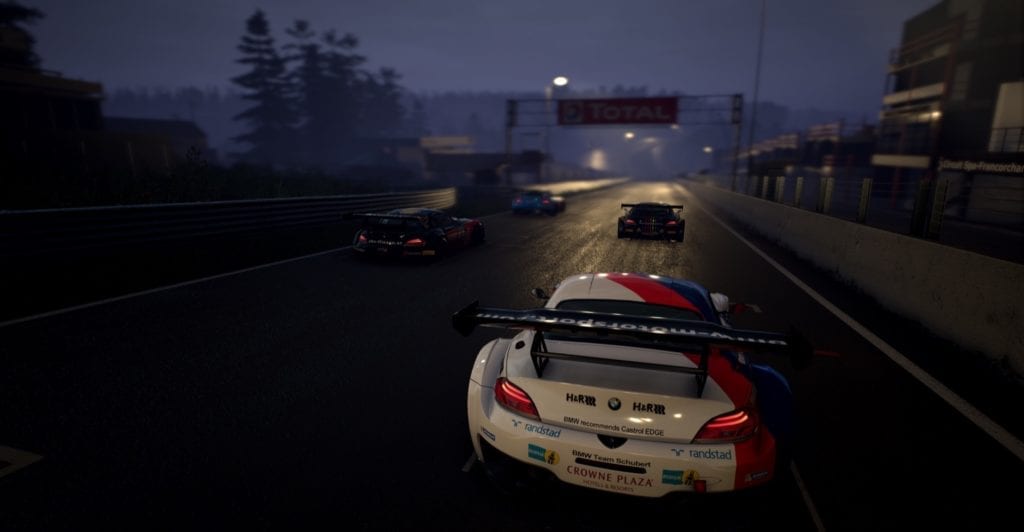 Simbin Studios UK have posted some more GTR 3 screenshots and information on the game at their official forums. The game is scheduled to release sometime in 2018 for PC, Xbox One and PlayStation 4.

The new screenshots feature the Spa circuit in Belgium, playing host to a group of BMW GT3 cars in a variety of lighting conditions, showing off the power of the Unreal 4 graphics engine.

With the power of Unreal 4 behind the title, GTR 3 will be able to host a fully scalable time of day transition, giving the studio the opportunity to run proper 24 hour racing with the game simulating the visual differences as the sun drops below the horizon and night takes hold of the circuit. It sounds like an obvious thing to include in a racing game, but sadly all but a few current generation sim accommodate night time racing in the current crop of games. What’s more, with Unreal Simbin will now be able to simulate a wide range of weather conditions, to a level previously impossible given the limitations of the technology on offer at the time.

This could be big a big win for racing sims going forward and will go a long way towards bridging the realism gap present in a today’s marketplace. With advanced weather and time of day conditions, new physics, artificial intelligence and damage model coupled with the usual Simbin quality found across it’s back catalogue of games, early signs are GTR 3 could well be a big hit. 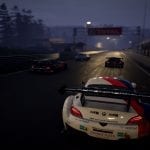 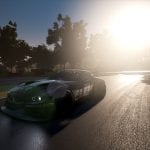 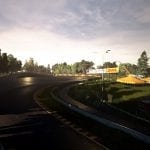 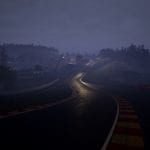 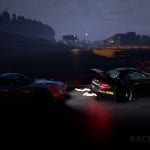 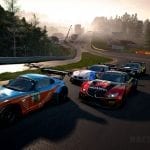 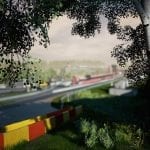 GTR 3 Announced, Scheduled to Arrive in 2018 For Xbox One, PlayStation 4 & PC