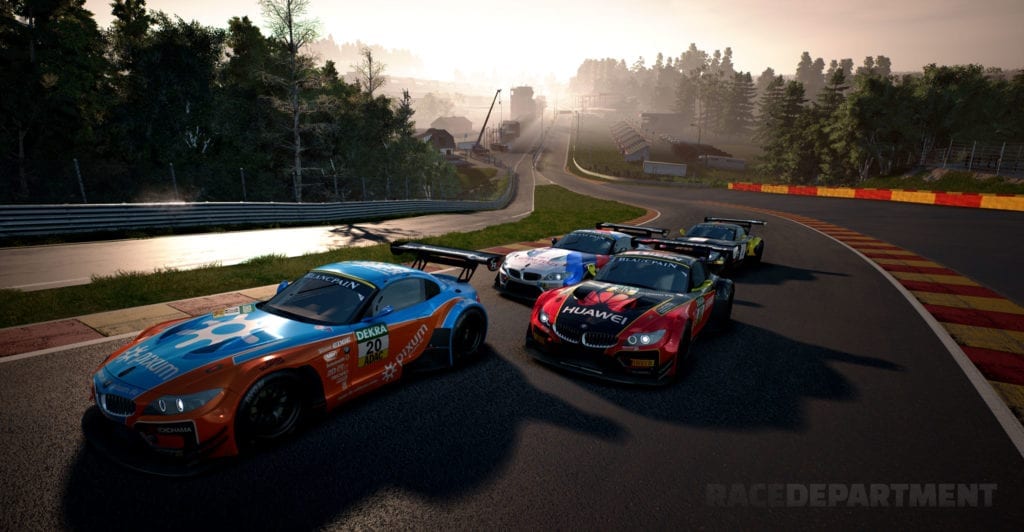 Simbin Studios UK has announced GTR 3, scheduled to arrive sometime in 2018 for Xbox One, PlayStation 4 and PC, featuring the Unreal 4 game engine.

The team has confirmed the game will cater to both the sim and casual gamers.

I think another point we need to take note of is, whilst the PC community would love this hard core simulation thing which is fine, as Allan said there is a console community that aren’t going to fully adhere to that. The product at the end of the day needs to appeal to both sides, hardcore racer as awell and the casual gamer. A game that does that really really well is Formula One. I can have fantastic fun in the simulator on PC and I can have just as much fun as a casual gamer on a console. They do it really well. I’m not saying that’s something we are going to follow completely, I’m just saying that they’ve done it and it’s possible… The best way to put it is neither side will be forgotten.

GTR 3 will contain day to night transition, allowing for fully scalable 24 hour time of day conditions as well as a fully dynamic weather system, bringing with it changing handling in the different conditions, aquaplaning and dynamic water movement that will allow rain to pool organically on the racing surface and dissipate as cars travel through the standing water. Coupled to these features will be the ability to now model vehicle damage and bring to the new sim a substantial improvement over RaceRoom’s current particle system and AI behaviour.

You can read more about GTR 3 at the Race Department Forums.