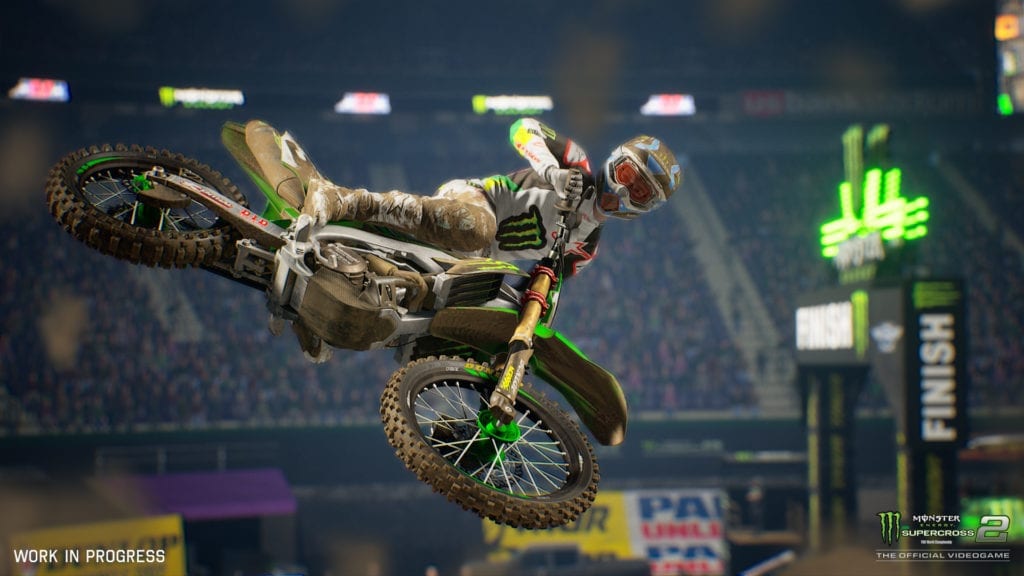 Milestone and Feld Entertainment are back with Monster Energy Supercross 2 (MESX 2). With this iteration, the developers were hoping to deliver a more realistic level of authenticity to the fans. If you played their first release, while fun, it suffered a bit from odd physics, lack of depth and customization, and the overall feel of the bike seemed off at times. This year the goal was to deliver a more realistic overall experience, deeper career mode, better customization, and a season pass that includes nine DLCs. That is a lot to accomplish for any development studio, and even harder in just under a year’s development cycle. Read on to find out how I think they did meeting those goals.

Milestone tried to make clear improvements to the bike physics, handling, and overall interaction with the track and riders, and it’s evident. While I enjoyed the first title from Milestone, at times the feel of the bike and its interaction with the track felt a bit off. Thankfully, that feeling has been reduced in the sequel, and I could tell the difference instantly. The controls now feel more intuitive with user input being more of a factor in how the bike handles and coincides with its surroundings, which is a great start. The level of bike control has increased substantially, and in a way that makes sense to the user. 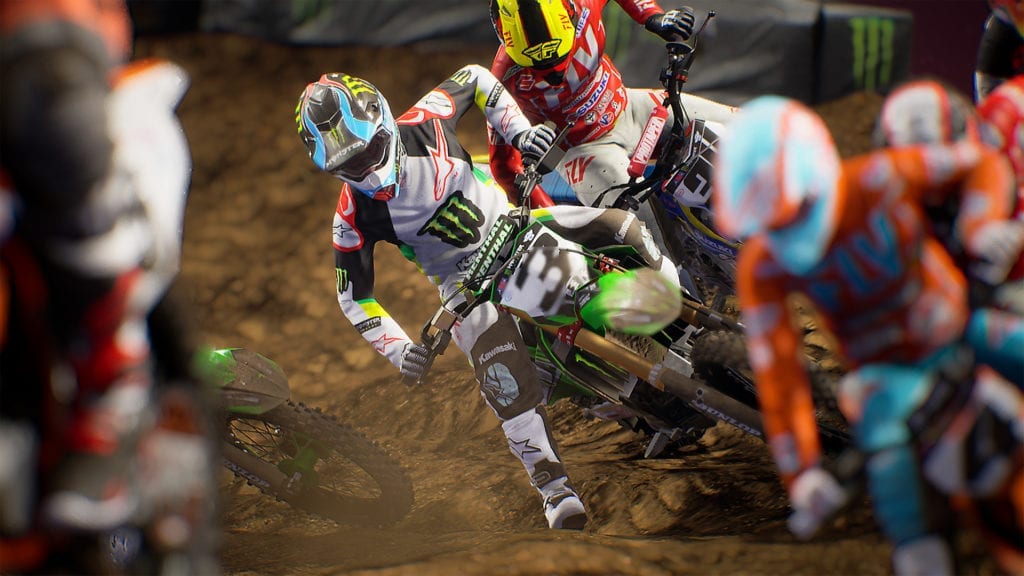 Now obviously how your character controls is important in essentially every game, but it’s even more crucial here as exact precision plays into so many of the individual track nuances that the title throws at you. On the harder difficulty levels, finding a spot on the podium requires an understanding of every venue you will race at and the skill to pull off your maneuvers. Having one or the other will often leave you with a level of frustration over the results of your efforts. Now that Milestone has delivered on the promise of better overall control, the game really opens up and challenges you in a fair way. 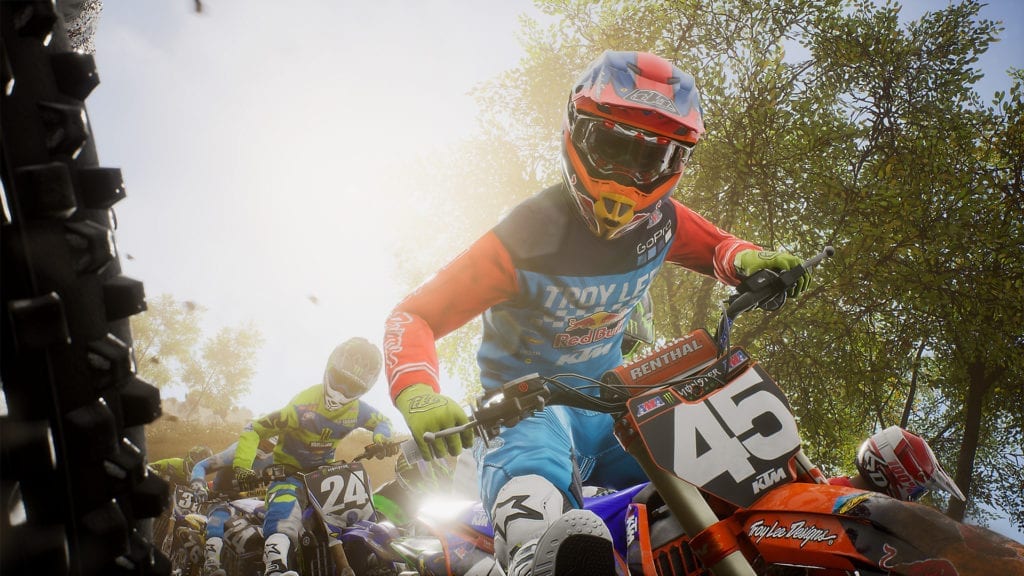 I have played more racing titles than I care to admit, and rarely has a game delivered a combination of fun, control, realism and excitement like MESX 2. That’s a big statement, and yet because of what Milestone has created with MESX 2, I feel confident in saying it.

I loved the career mode in the original Supercross from Milestone, and with the promise of a deeper experience, I was excited to dive into the newest offering. However, the new components lose their luster after a few races because of the repetitive nature of them. That’s not to say career mode has taken a step back, but I definitely was expecting a bit more from the newest additions.

These new additions involve a full weekly calendar that includes options such as training, media day, promotional day and spending time with your fans. While all of that sounds great and is a solid foundation to build upon, the end product results in a few quick cutscenes that feel a bit tacked on — other than the training, of course. Regardless, career mode is still an absolutely immersive offering that many will spend months playing.

Last year’s title looked solid at times, but oddly average and blurry at other times. This year, though, Milestone has really fleshed out the title in terms of graphical polish. The stadiums and tracks are stunning to take in, and the bikes are just as nice. The improvements draw you into the event(s) and create an atmosphere of realism that helps tremendously in the department of immersion. On top of the venues and bikes, the tracks are full of living details that are quite noticeable during the race, and the track degradation is done exceptionally well in MESX 2. 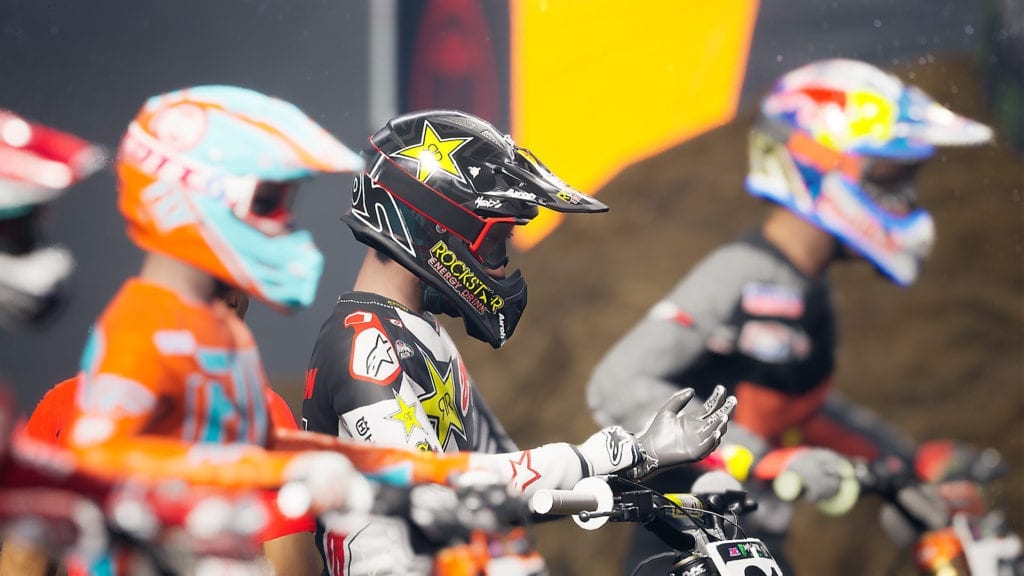 While there are not a plethora of options for MESX 2 online, what is available can be customized to your liking. Want to race an entire season with you, a buddy and AI? It can be done. Want to race a single race with random people? It can be done. They need to improve on the lobby system that is currently in place and add a few more online options, but what’s here is great. 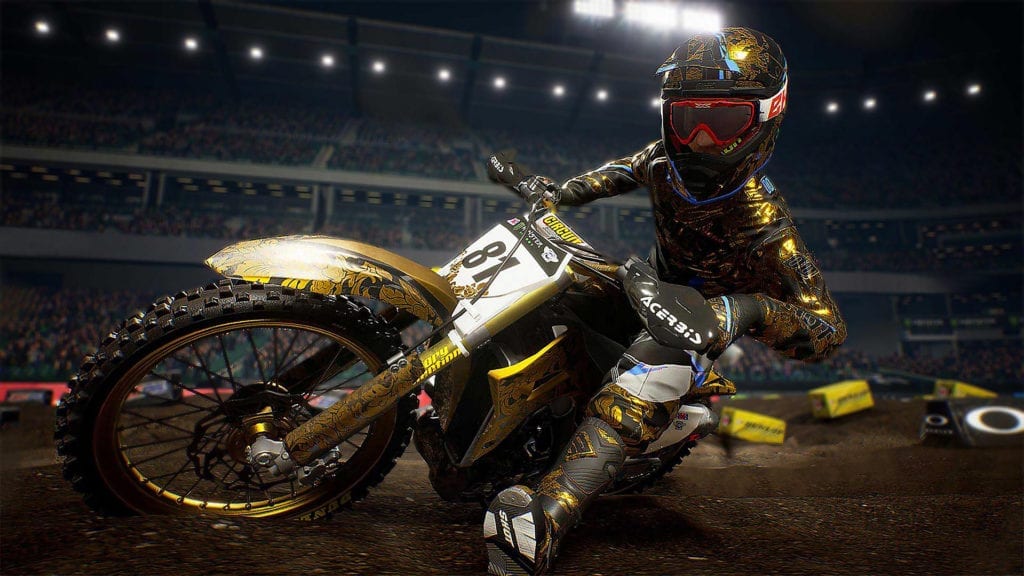 Having a stable server to race on for MESX 2 is almost never an issue, and connectivity problems are a rare occurrence with Milestone titles. I have spent countless hours with the MESX series online, and the experience has almost always been solid. That being said, I would love to see an online league option in some form added in for MESX 3.

The track creator is back from the original title with some improvements. In short, there are subtle additions like ease of use type stuff, which is fine. Track creator 2.0 will feel familiar to those who have used it before, and those who are new can take a look at some in-game tutorials to get comfortable. While there are plenty of venues to race at and enjoy in the game already, having the track creator will always be a favorite of mine. And, as always, the ability to upload creations for others to use is pure gold if you’re into that aspect of things. 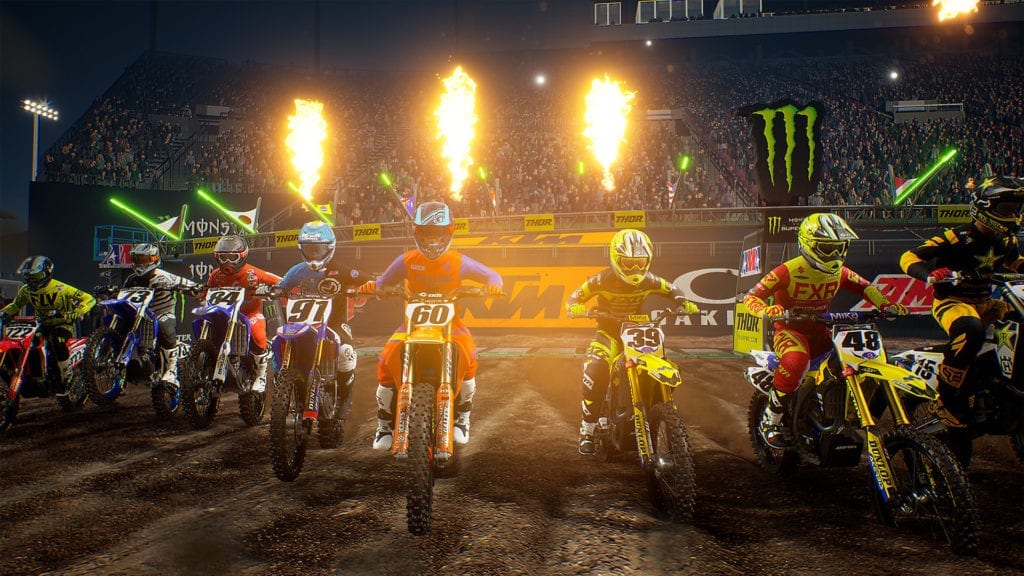 Although the developers spoke about delivering an overall better customization experience (and they have for the most part) the rider creator still feels like it is straight out of the late PS1 or early PS2 era. You once again are limited to a handful of faces to choose from, and even fewer body configurations. There are minimal hair options for the head and face, and still, we sit here with no option to upload our own facial image into the game. I get it, our rider wears a helmet most of the time, but there are many times throughout the game that you see your created rider without one, and the option to have someone who slightly resembles yourself would be extremely welcomed.

Presentation has never been a strong point in Milestones titles, and MESX 2 is no exception. They have made some strides with some new additions here, but still fall short in the presentation department. I want to feel the raw emotion that a rider feels after winning a race, or better yet, a championship. I want to see a celebration that is deserving of such accomplishments, but the best we get in MESX 2 is repetitive podium shots, announcer rhetoric and a singular driver introduction.

While there are some inconsistencies in MESX 2, Milestone has made improvements in almost every area of the title. The gameplay outshines everything else here, and that is never a bad thing. Milestone is one of the most consistent developers in the industry, and the improvements made to MESX 2 do nothing but help solidify that belief in my mind. MESX 2 is a title that delivers both as a single and multiplayer experience, and is deep enough to warrant a long, long run in your rotation. Whether you are new to the series or a veteran of Milestone offerings, you would be doing yourself a disservice by not adding MESX 2 to your library.