With the World Series starting tonight, it’s the peak of the MLB season. With sports video games, the inverse is true. When the “winner takes all” series finally happens, our sports video games are sort of winding down a bit. The most “hardcore” people are still playing (and some new users are just getting in when the price of the game comes down), but the discussions have died down to some degree. This is not a new phenomenon, it’s just that with sports games coming out at the start of or before the real season, people just get tired of playing a sports game or move on to other games after multiple months. That being said, the questions about MLB The Show 23 are real after a somewhat down year for the franchise, and so folks on OS are asking each other “what will make you buy MLB The Show 23?”

I wouldn’t necessarily call this thread a “wishlist” thread because it’s not tons of grand ideas and all that. It’s more matter of fact and about what the minimum is that’s going to make you pony up and get back on board next baseball season.

What Will Make You Buy MLB The Show 23?

Starting With The Obvious

OS user LegendKillerOne started the thread, and it’s not surprising that Legend leads off with a desire for franchise updates that go a little beyond the smaller improvements that have been happening in recent years. It’s a popular refrain, and it’s a fair point to ding SDS for franchise mode’s lack of substantial progress, especially after removing carryover saves and Sounds of the Show from new-gen consoles. The reasons to keep extending your franchise before was tied to the familiarity you could create with your team, and so now Legend wants a deeper experience.

LegendKillerOne: “My fear is all we get is some new trade logic, minor graphic upgrades, and cross-play saves or something which wont be enough for me.”

OS user mpklub states what I think a healthy number of people support, and that’s simply bringing back the features that were removed.

mpklub: “Year to year saves or the ability to transfer rosters year to year. If that isn’t available, it would have to be a pretty sizable overhaul to franchise for me.”

Long-timer user countryboy generally puts together well thought out posts, and he puts a lot of my thoughts to words here by talking about a desire for things like Y2Y saves to return, but also says the chance that happens does not seem very likely. Once things are removed, there was probably a technical reason why, and that technical reason is now probably an ongoing hurdle.

countryboy: “Obviously a return of Y2Y saves would lead to a no doubt purchase. But I don’t foresee that feature returning next year, or anytime in the immediate future to be honest. The biggest thing for me is the inclusion of the new schedule where each team plays everyone which should be in the game as they always follow the current year schedule. Also, the expanded playoffs, which again should be implemented this go round. Other than that, the biggest weakness for me was missing presentation elements along with not as in-depth commentary. Both didn’t measure up to previous years as you’re talking a few years of commentary recorded versus that of 10+ years. So I’m hoping for expansion in both of those areas.

I had not even been thinking about the rule changes and schedule changes that MLB is instituting, but it’s fair to say the organic changes from real life will help SDS by default. These are things SDS is more or less “forced” to implement to stay simulation, so getting changes to the shift or the MLB schedule are going to change the game by default. “Real” change to a sports game is hard sometimes because the sport itself is static, but MLB is certainly going through an evolutionary phase. With this, comes a level of freshness you would not otherwise ever experience. It’s why the rule changes and stuff you can test out in NBA 2K‘s franchise mode are so smart and interesting.

The overarching point with a lot of the comments in this thread is “fix what’s there.” It’s not a bad place to be in theory for a developer because it’s not a ton of people saying things like “bring back online franchise mode” so much as make what’s actually there better. OS user Madden08PCgmr touches on aspects near and dear to my heart with a mention about commentary and season mode.

Madden08PCgmr: “Commentary needs a real boost for me as well. I like the new crew, but the name database this year is awful. Really saps the joy out of playing with created rosters. With franchise mode being so generic, I wish they would just have a season mode. Just let me manage my 40-man.”

The commentary crew did get put through the grinder a bit this year on the forums, and rightfully so. There were a lot of promises made about how much recording time was put into this game, and the final product did not live up to that expectation. It felt like it had more bugs than usual, and it just did not feel like the game had enough content to fill the dead air while not being repetitive when things were said. I did see some people saying they don’t like Sciambi and Singleton, but that’s normal as you’re not going to get everyone to like the voices of the talent in a sports game. The bigger issue seemed to be more how they were used (or not used) rather than simply thinking the commentators were a problem overall.

Speaking of season mode, theoretically this is why March to October exists, and MtO did get better this year. The general issue with that mode is the rosters get very out of date, and so the cool aspects are not as cool because people who focus on the “realism” side of things can’t keep rosters and such as accurate as they would like. That being said, the concept of bringing more story to a single season is something I really believe is missing in sports games to this day (the amount of people doing multiple seasons in a franchise has been low since the dawn of franchise modes), and so anything to make season modes better is a win in my book.

Within the same realm is the idea of better tracking of data within franchise mode. The Show does not do a good job appreciating the achievements of MLB players over seasons and careers. OS user SoxFan01605 touches on this component, and others agreed with it.

SoxFan01605: “Expanded award and stat tracking in franchise and some type of news/tweet/MLB.com type page too. Aaron Judge’s HR chase has been noteworthy and interrupting broadcasts IRL, but in The Show it would go by unnoticed if you are not controlling his team. Also, I want to know how many Gold Gloves or All-Star selections a player has in franchise.”

The Judge point is a good one because we see lots of sports games trying to bring the latest “big thing” from the real sport into the game. Ohtani’s two-way play has been a headache for SDS to get right, but they only went down that road to begin with because of Ohtani being a phenomenon. You can go back through the history of sports video games and see things like this year everywhere. For example, Madden gameplay was never the same after Odell Beckham Jr. made that insane one-handed catch — and arguably receivers have changed a bit to try and make spectacular plays a bigger part of their bag as well. 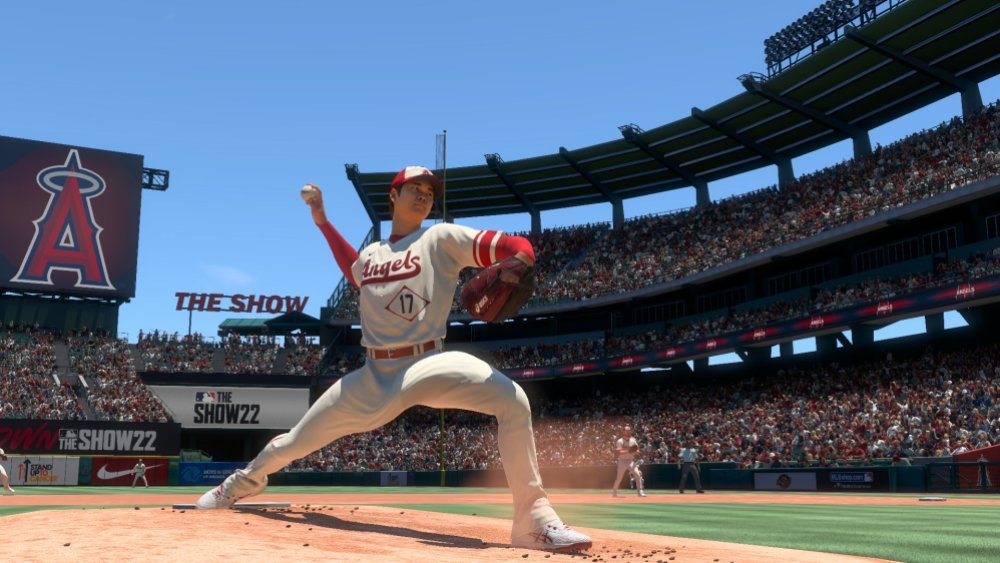 Another point I like comes from OS user LowerWolf because it includes a topic people on OS have been trying to tweak on their own for years. In this case, I’m talking about bullpen management.

LowerWolf: “Since I skipped ’22, and I now have a PS5, I’m probably in on ’23 regardless. The new schedule will be nice. I’m happy with the graphics of ’21, especially now that I can play at 4K on the PS5. Biggest things to fix for me are roster and bullpen management by the AI. It’s gotten better over the years but it’s still pretty poor.”

Roster management is the other aspect of this because this is why 30-team control in franchise mode exists — and has been a popular topic on OS for years — but bullpen management is the sweet science OS users try to tweak every year. AI managers just don’t know how to handle their bullpens, and Wolf is correct that SDS has gotten better about this, but it’s still not something that always makes sense in the middle of a game. There’s no absolutely “correct” way to use a bullpen, but the logic of high leverage situations and all that is known and just needs to be sorted out better. 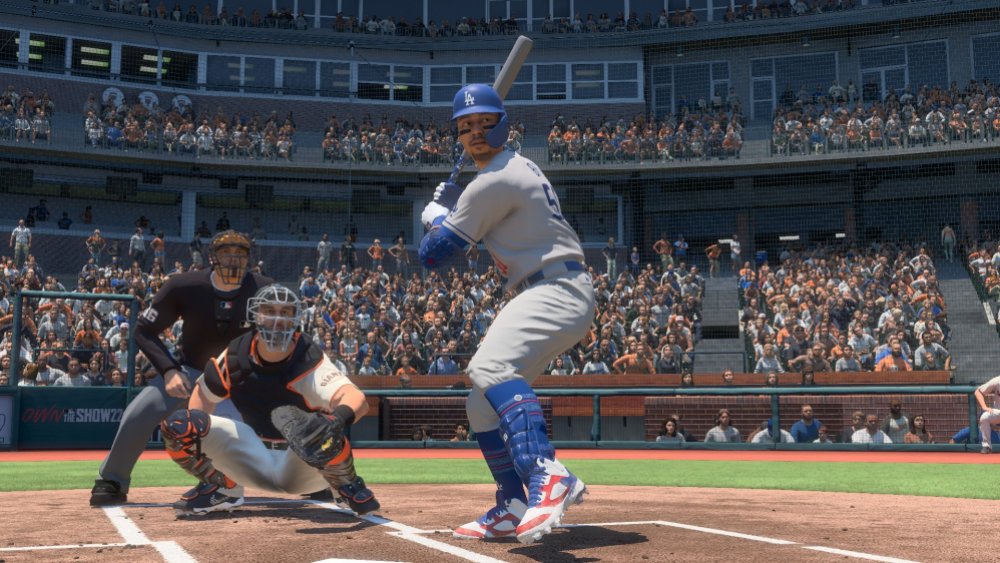 One final point that OS user Jeffrey Smith brings up about franchise mode that I want to call out does relate to progression:

Jeffrey Smith: “Need better progression/regression. Every year IRL players have breakout seasons and veterans continue to perform. SDS acknowledges this in their live roster updates but you don’t really see these ratings reflected within franchise.”

Progression is another sore spot in a lot of franchise modes, and the same is true for The Show. It’s hard to find that balance between your actions causing progression/regression vs. age. Plus, how do you factor it in during a season vs. the offseason and so forth. SDS does not have simple answers here, but it’s at least easy to say what’s there now is not the answer. 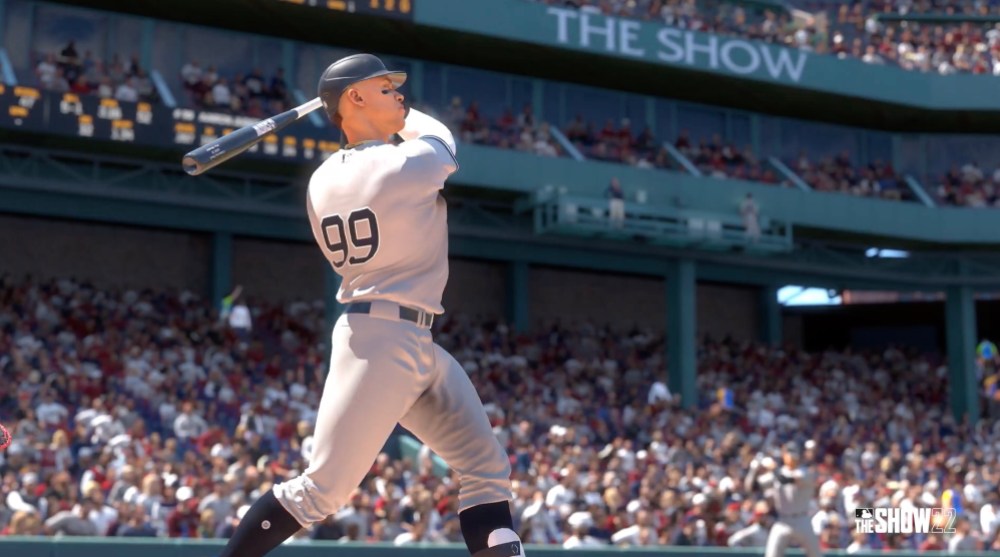 All that being said, a majority of us are fiends. We can say “I’m not coming back unless X happens” but that might not be true. Many OS users are real with themselves though, and RCMSfan77 sums it up best:

…And this ignores the fact that it will likely be on Xbox Game Pass again as well. Regardless, feel free to head into the comments and continue to add to the thread. As for myself, the moment The Show hits PC is the day I am happy every year because then the fun would really take off.