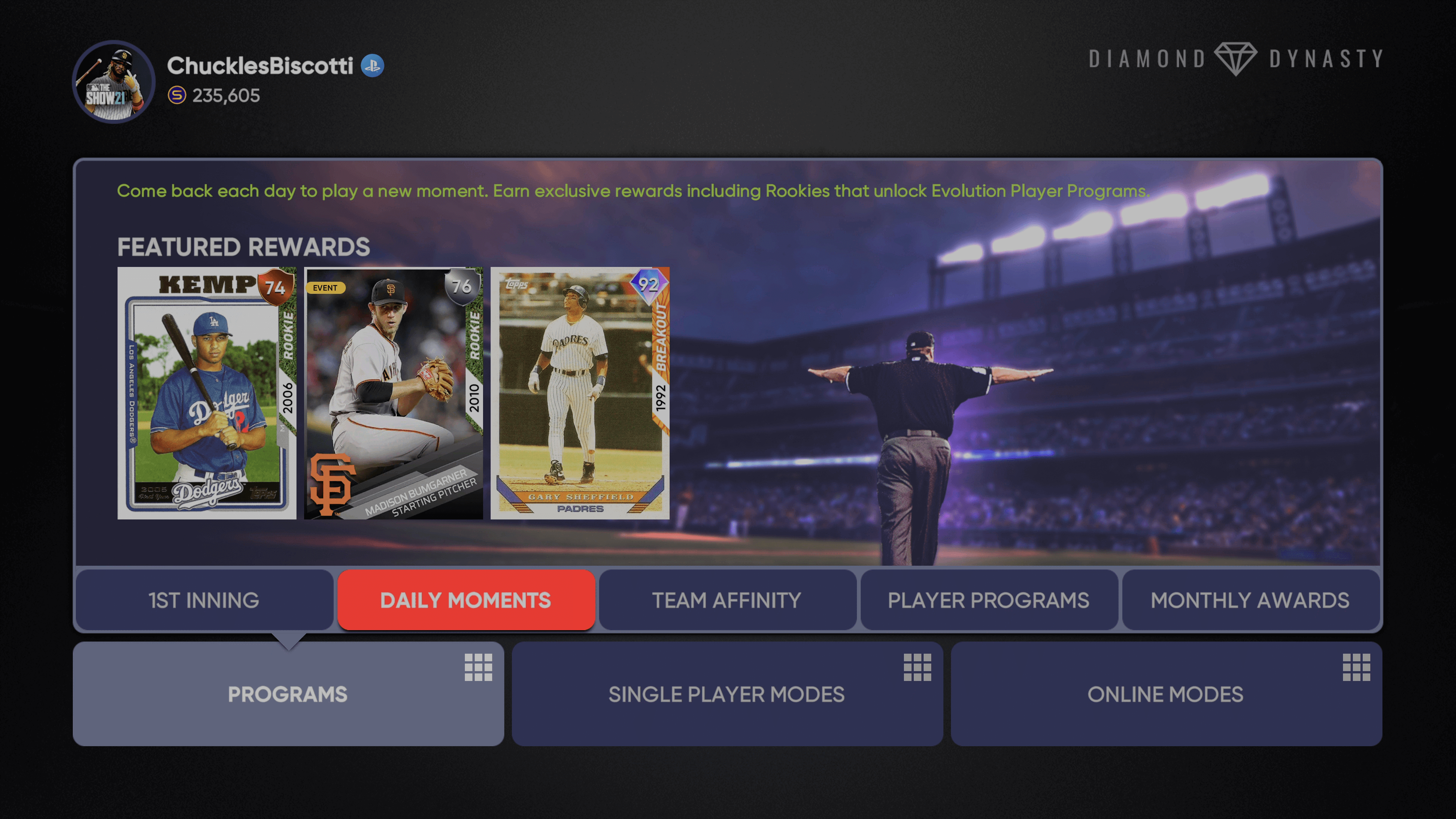 The Daily Mission program for May in MLB The Show 21 Diamond Dynasty is our first look at what a full month of dailies will look like. We had the truncated program with an Evolution Jason Giambi and Roberto Alomar in April, but now we have a full 30-day program here. The Evolution Madison Bumgarner and Matt Kemp will be in a choice pack. You will have two cracks at this choice pack so you can get both players. There is also a diamond Breakout Gary Sheffield to snag on the rewards track as well.

One thing to note here about Roberto Alomar before getting to the dailies. Alomar has been placed on the ineligible list by MLB. MLB conducted an investigation into a 2014 sexual misconduct allegation, and the outside firm MLB hired did find Alomar in violation of MLB policy. He has also been relieved of his duties in the Blue Jays organization, and the Jays will cut all other ties with him as well, which includes removing his number from the Rogers Centre. The Baseball Hall of Fame will not be removing Alomar, so I assume his card that you earned in April will remain in The Show. That being said, since his card is one tied to the Blue Jays, I would not be surprised if SDS takes him out at some point.

I mention all this because Evolution Giambi is in this rewards track once again for May, but Alomar is not. In either case, I do not think we will see anymore Alomar cards this year. 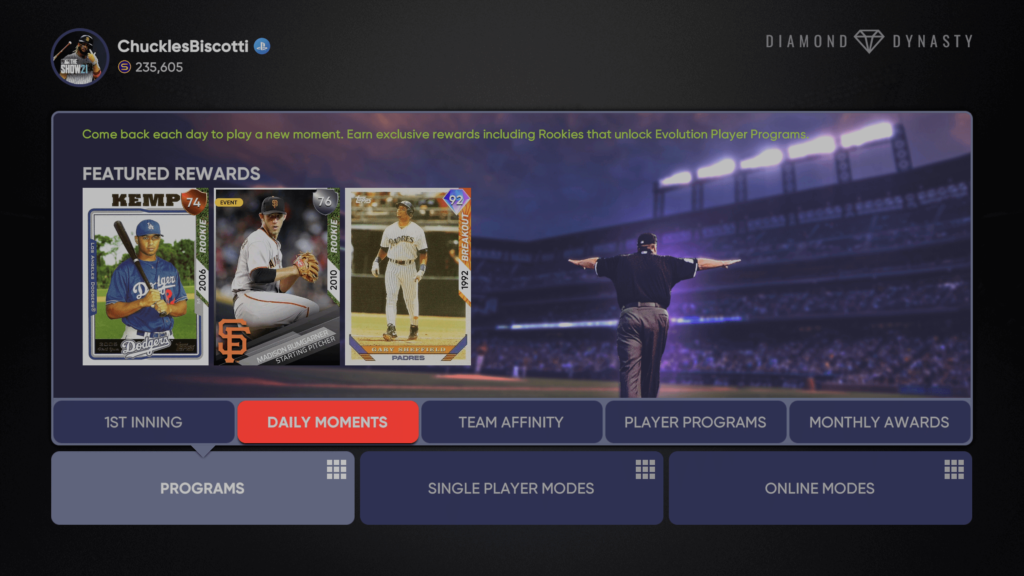 The points system for the May Daily Mission program is a little confusing because you’re hitting certain checkpoints, but as of now, there are more points than days in the month. My guess is certain daily missions will be worth more than others. Regardless, you should be able to snag all the biggest rewards by logging in and doing the daily mission a majority of the time.

After you acquire the Rookie Matt Kemp and Rookie Madison Bumgarner, you then transition to the player programs tab and scope out the Evolution path. 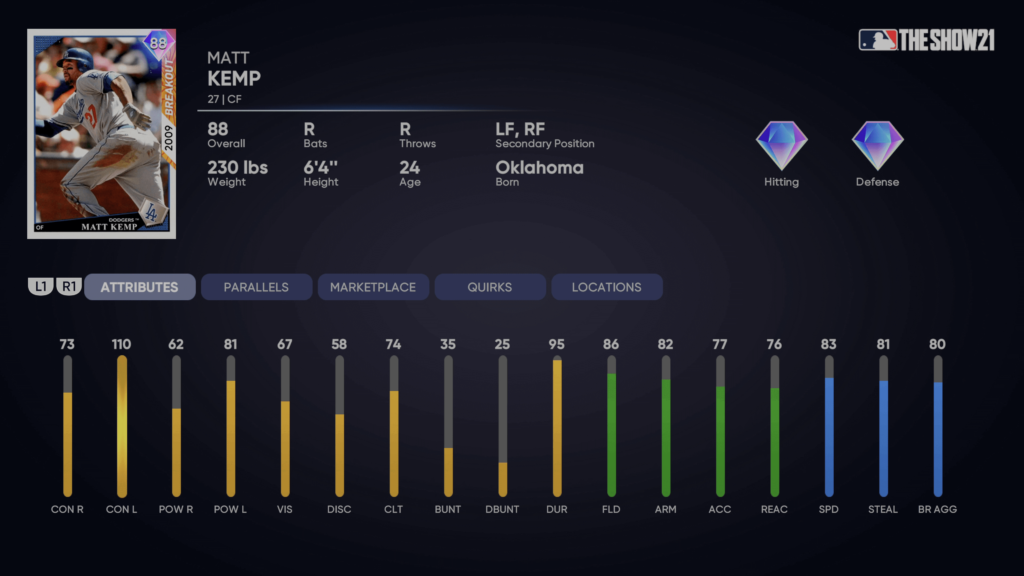 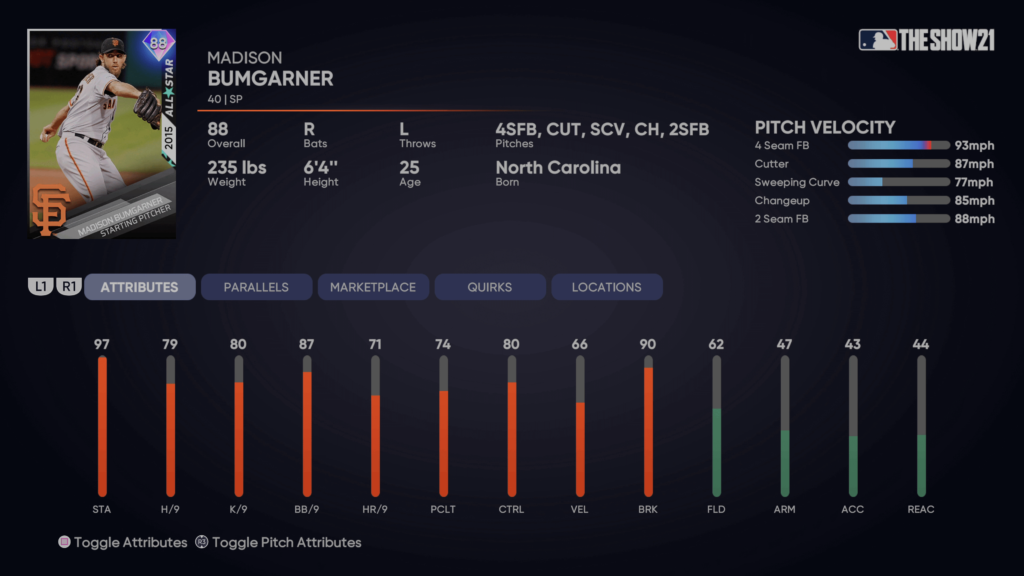 Be sure to check out the 1st Inning Program guide as well if you want to keep track of other progress you’re making right now in Diamond Dynasty.